Anyone heard of the Yaw2 motion simulator?

Anyone else wanting or waiting for a Yaw2? Pimax supports motion compensation. Am I a fool for going for this?

What convinced me at the time was that a) the concept makes sense and looks great, and b) they have some pedigree (the Yaw “bowl”) so they have some experience in turning a bright idea into a concept into a prototype into a product. Big plus in my books for a Kickstarter project.
And I know 2 users from a forum who have/had the Yaw, which was okay but not great yet, but it generally did what it promised, though not without issues (the motors overheated easily).

While they have missed their estimated delivery target by quite a bit, they have been communicating very well and frankly, their original roadmap was obviously over-optimistic so I never expected to see any delivery in 2021 anyhow.

So at this stage my suggestion would be to wait for another 2-3 months, when the first reviews of Yaw2 units out in the wild will hopefully appear, and then make an informed decision: you will have to line in behind the backers and pre-orderers now anyhow, so by the time your unit is going to be produced, they will likely have a steady output of units being produced every week. And at current nobody really is able to tell how it works for them at home; there are only some hands-on impressions you can find e.g. on Youtube from their Las Vegas event, or in the Yaw Discord.

I am quite excited for it, b/c I do flight- and race-simming and expect this to really add to the immersion quite a bit.

@vrgamerdude and I am not sure but @MarcoBalletta may have backed the first one. So may have insights on the v2.

Yes. I Hope to see mine by August optimistically. But Im #900 something…so.

I also do it for flight and sim racing.

I spent yesterday discussing on discord how they could convincingly fake surge and braking in VR (to an extent) by way of adjusting the motion compensation.

Its an idea, it should work somewhat, and OMCVR is open source so I’m sure it can be done. I’ve already found the equations, so now Im actually considering learning C++. I have no idea how hard or challenging it will be.

Its possible that yaw already figures this out andnhas it built in but we’ll see.

I tried the Yaw V2 at CES this year, and it works better than I expected (they had it on a machine running X-Plane). If I didn’t already have a DOFReality P6 I would have ordered the Yaw V2 on the spot.

Also our experience is going to depend heavily on the software, as with Pimax.

Lol, I’m sure nobody around these forums has heard of this.

Im backer 383 and you are just as much of a fool as the rest of us.

Honestly though , I tried a motion rig back in 2015 before I got into VR. It was hooked up to Asseto Corsa and I remember being blown away.

To think that 7 years later the tech would be available 4 10x less is crazy. (Thanks VR?)

I don’t think I’m too screwed. This item is super niche and valuable. If you try it and don’t like it, I’m sure you could put it up for sale for what you paid and it would sell in minutes.

Someone local would buy it even if to save the time for delivery and shipping cost.

EDIT: As for cost, I thought it was crazy at first. But realistically Its almost half the cost of my last video card.

I’m more of a fool for buying a 3080Ti especially since like a month later and the store shelves are lined with them and they are like $600 less than I paid in mid february.

Well for me, I waffled for 3 months until someone told me “you only live once.” And my wife has giving me alot of crap about us being out 2x00 bucks, without something to show for it…if I regret it Ill at the very least have a very cool recliner. I only bought the pro without a chair, hoping to get a cheaper chair off amazon.

Well one thing Im trying to determine on their discord is how they handle accelleration and braking - lateral forces. 6DOf setups typically move you forward for accelleration and backward for braking, but given they can only do so over a distance of 6 inches its extremely limited and gimmicky. They refer to it as surge I believe. The yaw doesnt have that at all.

In any case I realized with an HMD you could do it a different and probably better way by decoupling the motion compensation, which usually tries to totally cancel the movement of the sim in the pose of the display.

The method might be obvious to some that you would tilt back for accelleration and forward for decelleration. The trick being you wouldnt adjust the pose in the VR (or hard mounted display if you bolted it to your chair).

Without the chair, I can only rely on videos. So its not clear what happens under accelleration, but from what Ive seen it just ignores lateral forces. In another video it does tilt BUT so does the game, which they are watching on a unattached monitor.

As is well described by Karl Gosling here: 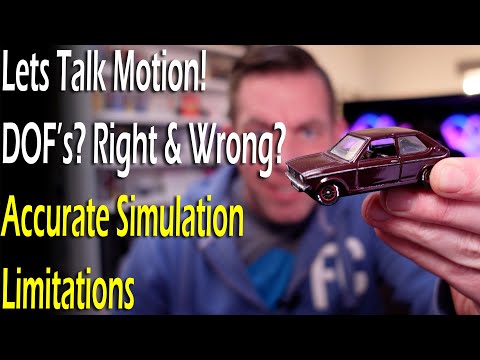 The problem is the user knows the horizon has changed so the accelleration feels correct, but they wonder why their car has suddenly rotated up or down…

What Im thinking is that within VR we can cancel that out as far as the visual aspect. We can let actual tilt affect the pose to be cancelled, while letting the tilt for lateral effect either not be cancelled or if need be added back in.

In short if we (through Open VR MC), Pimax, or Yaw can make that happen, that would be - for me - like getting 6 dof on a 3 dof platform and if combined with a VR motion compensation offset, would be the best 6DOF simulation available.

I recognize the limitations though, but not as limited on a 6DOF direct lateral surge of 6-20 inches…at 1 g thats less than a 1/3rd of a second. The ‘tilt’ surge would be continuous for as long as you like, limited only by the limits on tilt from the machine and the fact that we have to “borrow” from gravity for the effect.

There would also be problem of off-center rotation where your feet and head would feel the tilt, but I still feel that if properly compensated for in VR it would help overrride that sense certainly not completely, but the best that can ever (ever no matter the tech) be simulated without real lateral travel.

Well for me, I waffled for 3 months until someone told me “you only live once.” And my wife has giving me alot of crap about us being out 2x00 bucks

Flowers and something you know she really wants but shy about asking to have may help you sleep at night.

I may end up sleeping in my rig. But thats still 6 more degrees of freedom than in a typical marriage, bwahahah

Get a chair with massage and other comfort options.

I didn’t back it up.

I own a dofreality p6 instead 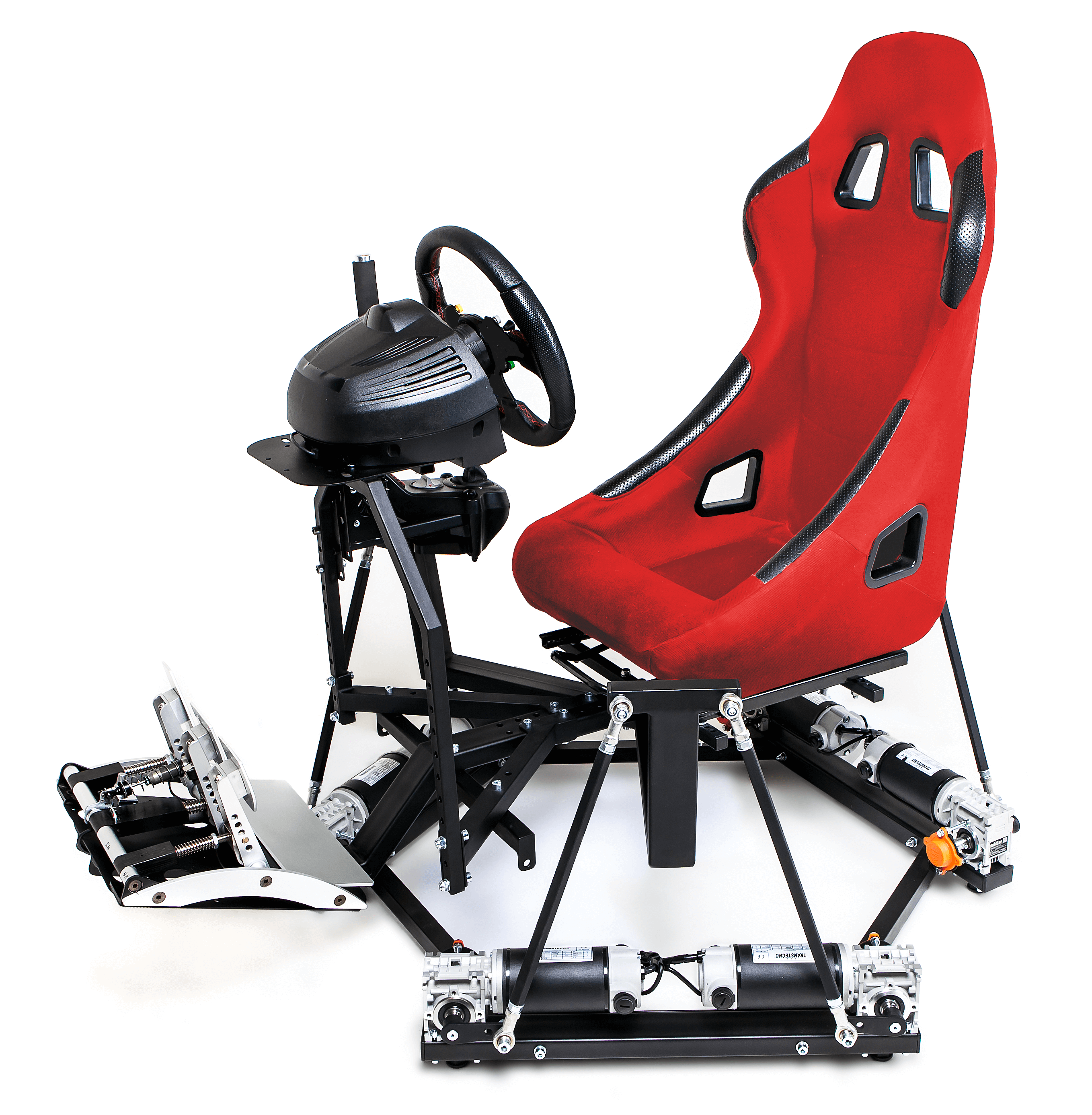 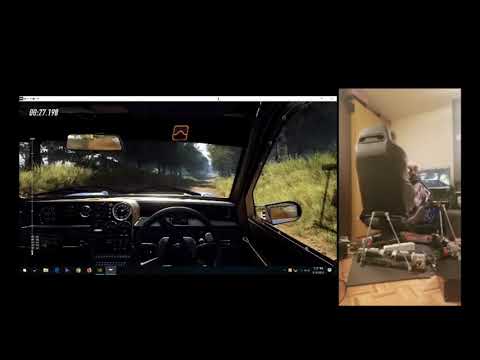 Ive thought about this too but realistically your probably over thinking it.

Even Boosted Media’s $100000 sim rig is nowhere near reality.

My expectations are much lower, Im only trying to replicate the feeling of 15 year old me playing Daytona Usa at the Arcades in the 90’s

But on serious note, It will probably feel different but still immersive.

I’ve come to realize in VR we dont need everything to be 1:1 to work.

I mean real life steering wheels dont do 10% of the crap that FFB wheels do, but all of those forces consistently represent various “car feels” and we adapt.

The key is that whatever the Yaw does as long as it’s consistent your brain will come to understand it and you will be able to have fun.

I know I’ve probably broken some law of “Sim racers” a couple of times during this post by mentioning “arcade games” and “fun” but I don’t care…lol.

They key advantage ot Yaw2 as compared to the DoFReality P6 for me was the greater range for pitch & roll - probably no relevant for sim racing, but for flight sims I felt that would do a lot if I really feel the leaning when flying curves.
But the DoFReality rigs were under serious consideration too, and they surely have advantages in certain use cases too, e.g. having displacement/linear movements; Yaw2 will only produce radial movements. So if the rear of your car slips, I would expect the P6 to reproduce that more accurately while in the Yaw2 you would feel being turned on an X axis through your seat. And heave is entirely missing so far.

But then again, I don‘t need perfection, and none of the available rigs offers that anyhow. It is just to add a further layer of immersion, of make believe.

But then again, I don‘t need perfection, and none of the available rigs offers that anyhow. It is just to add a further layer of immersion, of make believe.

Exactly!. If it were feasable I’d just have my wife watch the screen and move my chair in sync with the action. lol

Actually I agree. I dont want to simulate 100% of the effect. My discord discussion explains that I only want to fake the VR angle 100%. The effect itself must be attenuated since braking can only use 20 something degrees of forward tilt in the yaw 2 anyway.

Dont watch the video. The thumbnail shows it all.

The best cars accelerate at 1G. Rockets at 3G. Most sedans accellerate at .5 G … unfortunately they decelerate VERY quickly and the yaw only has a down angle in the 20s…so we would have to attenuate the effect severely. For example:
If you accellerate or decellerate at 1/2 G, then the “proper” angle is 26.56505118 degress. with theta being the inverse tangent of 1G divided by the surge G in meters per second.
On the other hand, it could be a good thing that we would have to limit the effect because you can also see how much it would become apparent that somethings not right when gravity starts to disappear. At 1G, the gravity would be 70% of what it should be, and I bet the user could feel that!

And again the user could feel the rotation, by way of off-center-of-rotation effects. Imagine slowing down quickly. The yaw pitches forward to simulate the forward force from braking, but the user feels their feet dropping down and back, and the head rising forward. So again you really were correct that we don’t want to simulate 100% of the effect. Just give the user a “taste”, if you will.

Not to beat a dead horse, but the idea is I just want the YAW2 to have an option to 100% not motion compensate for the tilt-for-lateral effect. That way the VR will not compensate. Otherwise the user asks why is my car a jacked low-rider as well haha.