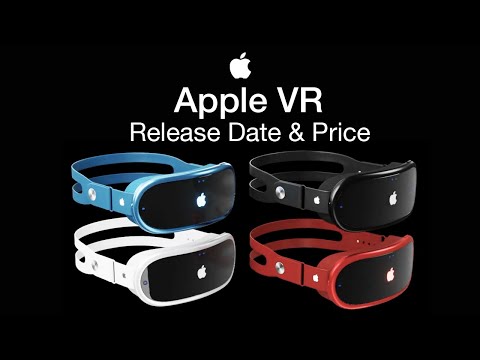 TLDW: Somebody found the string: “RealityOS” somewhere. The rest is fan -speculation and -renders.

Thank you for saving us from nonsense clickbait.

I’ve been following all the Apple rumors about this for years. And it’s really interesting to me how so many people talking about this now just assume Apple is going to swoop in and immediately dominate the market with amazing technology the likes of which nobody has seen before. Apple gets the benefit of the doubt for every aspect of speculation. Videos like this one are already making excuses for its expected shortcomings, and it’s not even close to being released yet.

Meanwhile, my own thought is that Apple has zero experience in the VR/XR industry. And everything I hear about what they’re working on suggests to me that they have no idea what they’re doing. They’re building a product in their own little world with no apparent perception of the existing landscape whatsoever. Their only real direction is to not be like Meta.

So people are expecting this thing to be like the launch of the original iPhone. A product that will start a revolution! But what Apple is actually releasing is late to the party. The revolution has already been in full swing without them, and they’re entering a market which is already entrenched.

I think Apple’s tiny new headset is going to be hot and have very short battery endurance. And estimates of its price range from $1000 to $3000.

I don’t know who they’re intending to sell them to. And I don’t think Apple really knows either.

I keep seeing all this reporting about all the amazing specifications these things are supposed to have. But what I don’t see is discussion about what need the device actually fills. Why will consumers want to buy this device besides buying anything that has an Apple logo on it?

I might not like the company or use their products, but Apple have pushed numerous classes of device from flawed curiosities, in to the proper mainstream:

The tablet
The smartphone
The mp3 player

Doesn’t mean they are destined to succeed of course, but there is a good reason for being excited about them entering the market.

Software wise, Apple are one of the best positioned in terms of AR. The AR apps on iPhone and iPad are amazing.

I personally strongly dislike the company but considering they spend more on RnD than nearly anyone else, with a much smaller portfolio of devices along with their track record, like Fitzy mentioned, along with the sheer fantatical following they have…It seems fairly obvious that unless they really mess up, this will be a monumental moment for spatial computing and VR/AR in general.

Again, not a fan, but I don’t see any reason to doubt them right now.

As for the price point, Apple have a history of “leaks” of prices that are much higher than the launch price, like with the original iPad. If the headset comes in about the 1k mark then it will sell extremely well, the top of the line iPhone sells for that price and does extremely well, not to mention iPad pro. If it comes in at the insane 3k prices being hinted at (I would bet a lot on that it doesn’t come out anywhere near that) then it’s safe to assume that it’s initially intended more a developer device which would actually address your concerns of them not really being up to snuff in the field. A follow-up device would be then more consumer focused with a matching price.

Anyway, considering Apple’s track record there’s really no reason to assume they’ll flop on this. I’d kinda like to see it, because I’m a petty apple hater, but I doubt it.

Alright. So I’m hearing more arguments which seem to be based on nothing more than Apple’s past track record and the assumption that Apple will somehow do it again.

I think Apple’s success was primarily the product of Steve Job’s marketing genius. And that left the company with him. Since Steve Jobs has left, I feel that the company has started to flounder. Apple has only continued to evolve existing product lines. This will be the first time post-Jobs Apple is attempting something actually new.

The examples of past successes with smartphones, tablets, and mp3 players all had important use cases to fill. The need for them existed. They were successful primarily, as for any product, because they filled important needs.

So what need does Apple’s headset fill?

You won’t be able to play games like Half Life Alyx on it. Apple has no traction with gaming beyond casual mobile games on the iphone. Apple has made it clear that they want nothing to do with anything metaverse-like. And they speak of expecting users to use this device in only short bursts (which I suspect is because it will only be able to do short bursts due to short battery endurance). Media consumption? Will it have enough battery life to watch a 2.5 hour long movie? I don’t think it will. When you look at everything this device is supposedly not going to do, it doesn’t seem clear to me what it does do.

In all of the excitement I see about it, there’s an almost total lack of discussion about what customers are going to buy this thing to actually accomplish. What need is it filling? Nobody seems to be talking about that. And that’s my whole point.

I’m certain that there is indeed a substantial body of Apple customers who will buy the device without a second thought (or even a first thought) just because it has an Apple logo. But that will only get the product so far. It has to fill a real and substantial day to day need… and not just be a gimmick… in order to get anywhere.

I’m not necessarily saying that there isn’t such a need. But so far I haven’t been able to think of an important need the rumored device actually fills. And I feel that there’s a lack of discussion on that topic by anyone.

But what Apple is actually releasing is late to the party. The revolution has already been in full swing without them, and they’re entering a market which is already entrenched.

I disagree - the AR market is VERY early still, with only one consumer device on the market (NReal Light). Sure, if it were just a VR headset that would be different, but for an AR mixed-reality device, there is basically no competition, and even if you include enterprise devices there still isn’t very much competition, plenty of room for improvements. And speaking as an AR developer, Apple’s devices and SDK are top notch in terms of detecting and reconstructing the environment around the user, and very easy to use. Their LIDAR and machine-learning is a huge improvement on even HoloLens and Magic Leap, because of being able to recognize (imperfectly) doors, windows, tabletops, etc. And the Unity support for the SDK means code I write for Apple AR will function on other AR devices too…though if they don’t have good 3D reconstruction there isn’t much point…

The closest thing to the rumored Apple headset is the Varjo XR-3. Varjo has a consumer VR headset, it costs $2000. The XR-3 is enterprise-only, so it costs over $6000. And though it has a built-in LIDAR, it still struggles to even detect “planes” (floors, walls, ceiling), because they haven’t been spending a lot of time improving their SDK (Varjo is of course a very small company compared to Apple).

I disagree - the AR market is VERY early still, with only one consumer device on the market (NReal Light). Sure, if it were just a VR headset that would be different, but for an AR mixed-reality device, there is basically no competition, and even if you include enterprise devices there still isn’t very much competition, plenty of room for improvements.

This is a very good point. I’ve been thinking of Apple’s headset primarily in terms of how it applies to the VR landscape and more or less ignoring its AR ramifications. And yet it’s primary focus seems to be on AR with VR being perhaps just a side feature. Thus why it’s not looking all that relevant when viewed in a VR context.

So then the question becomes what does AR offer in terms of filling important customer needs which would be satisfied by this device?

I think the key part of that question is the last part. I don’t find it all that difficult to think of valuable use cases for AR, but they seem to all require shrinking the technology to the point that it is practical and fashionable to wear out in public. Like a watch or normal glasses. And I don’t think this device reaches that, do you?

What important needs do you see it filling as it currently stands? I’m genuinely interested in your perspective. This is the kind of discussion that I’ve wanted to see which I feel is missing from the public discourse.

I kind of wonder whether it’s more of a developer device and the glasses they were talking about are where it does get fashionable and mainstream.

I think it is more of a developer / early adopter device - the rumors have said this thing will be expensive and clunky, but the real product are the AR glasses coming a couple years later. And Apple has been trying to promote AR development for years with their phones, most recently by integrating the LIDAR (which is obviously for the AR headset) into the Pro phone/iPad.

As for “needs”, I would more call them “life hacks”

I have the NReal Light AR glasses, which have great displays but suck at sensing the world around you. Those connect to an Android phone, so are the closest thing to Apple’s potential device. I’ve used the NReal Light around home, to post my work calendar, slack, and emails on the wall next to my work-from-home station, so when I’m walking by that I can just glance over and see what my schedule is, or if there’s a message waiting for me. And I have a video player locked to a wall in my living room instead of my TV, with Discord above it so I can chat with my friends while watching TV without looking down at another screen, with a web browser to the side. NReal Light doesn’t support world occlusion, so I can still see the TV through the wall - so I can continue watching my show when I’m in the kitchen making a sandwich (the NReal software also has a mode where an app will just follow you around, always visible in the corner of your eye, but the image is pretty small in that mode, I wouldn’t want to use that for watching a video I was really interested in).

One fun thing about “pass through VR/AR” like Apple’s rumored device, is they can not only display the color black, but you can create fake lighting to light up the room and have it look like a real light (or darken the room). Instant mood lighting! Or games where you are holding a fake flashlight as you walk through your dark home hunting ghosts, and the flashlight actually lights up things in your home.

A more “real” example is software I’m actually developing myself: the ability to easily change how your home looks 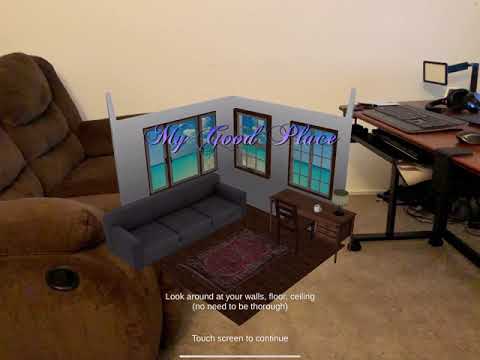 This is running on an iPad Pro, so in theory would just work out-of-the-box with Apple’s headset.

Thanks for sharing your insights. Interesting stuff!

Why I will never buy anything apple 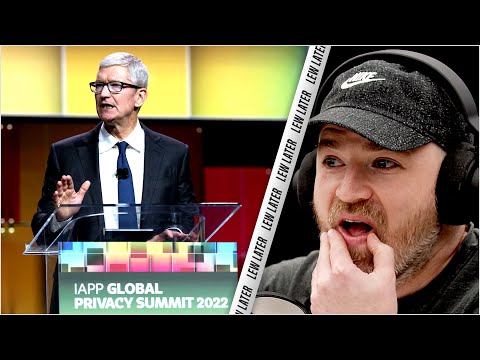