Except NVidia went on record stating that they thought the engineers they snatched from the carcass of 3dfx were among the industries best…I dont think 3dfx was viewed as a negative.

Not at all. We were in our glory. I think it was like today’s sli vs crossfire. Not having everyone on a standard leaves devs questioning whether it’s worth implementing. As now it was an enthusiast level expense.

When you have been in the pc upgrade game since the beginning you reach a point where you realize having the bleeding edge is fleeting. That’s when Spock logic takes hold.
“After a time, you may find that having is not so pleasing a thing as wanting”
I’m sure TitanX Pascal owners felt that way when Nvidia released the 1080ti.

Another Article. Though haven’t scanned anything on the announcement. 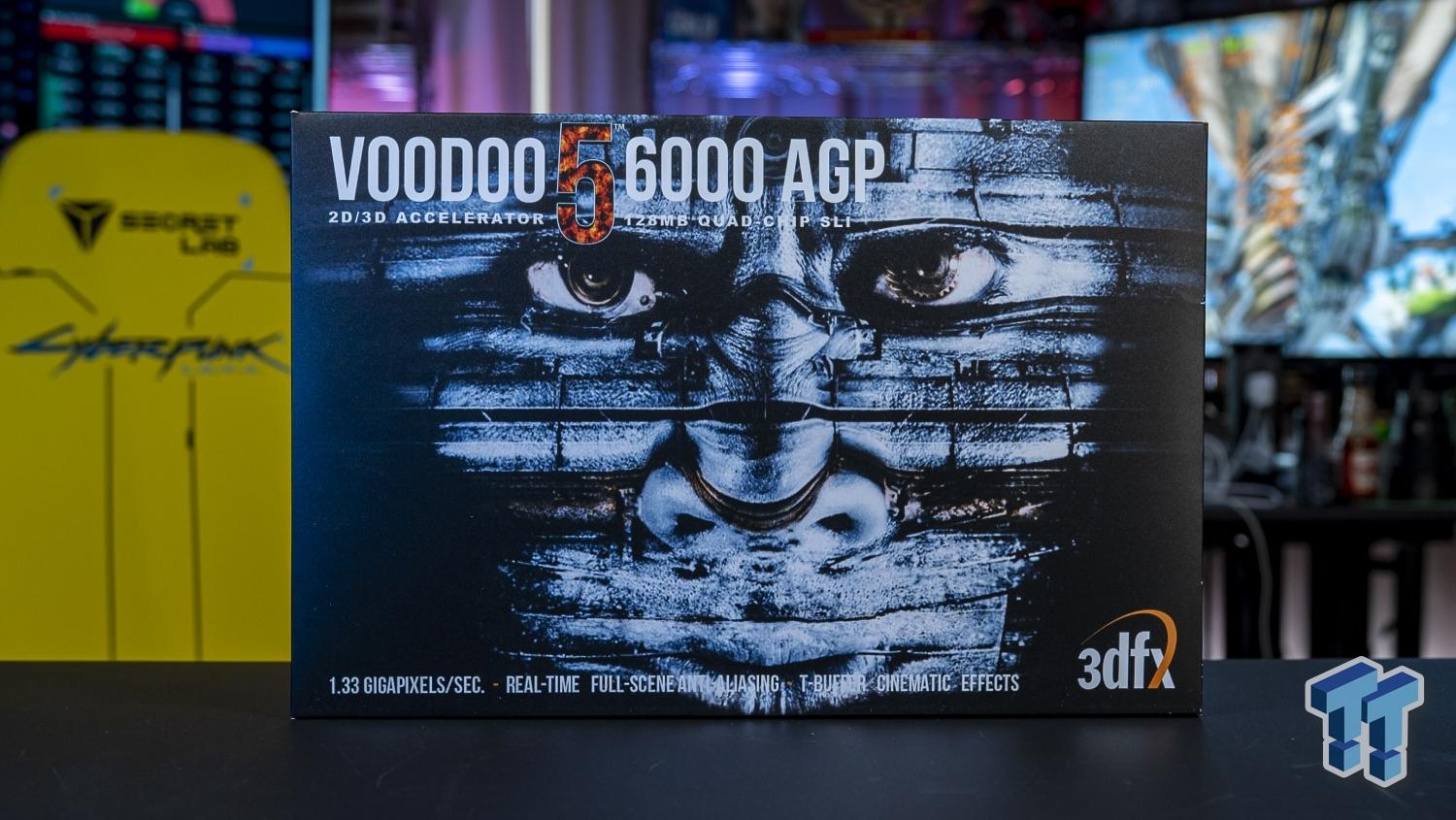 Uh, so 3dfx is coming back? Hype campaign, trolling, what is going on? 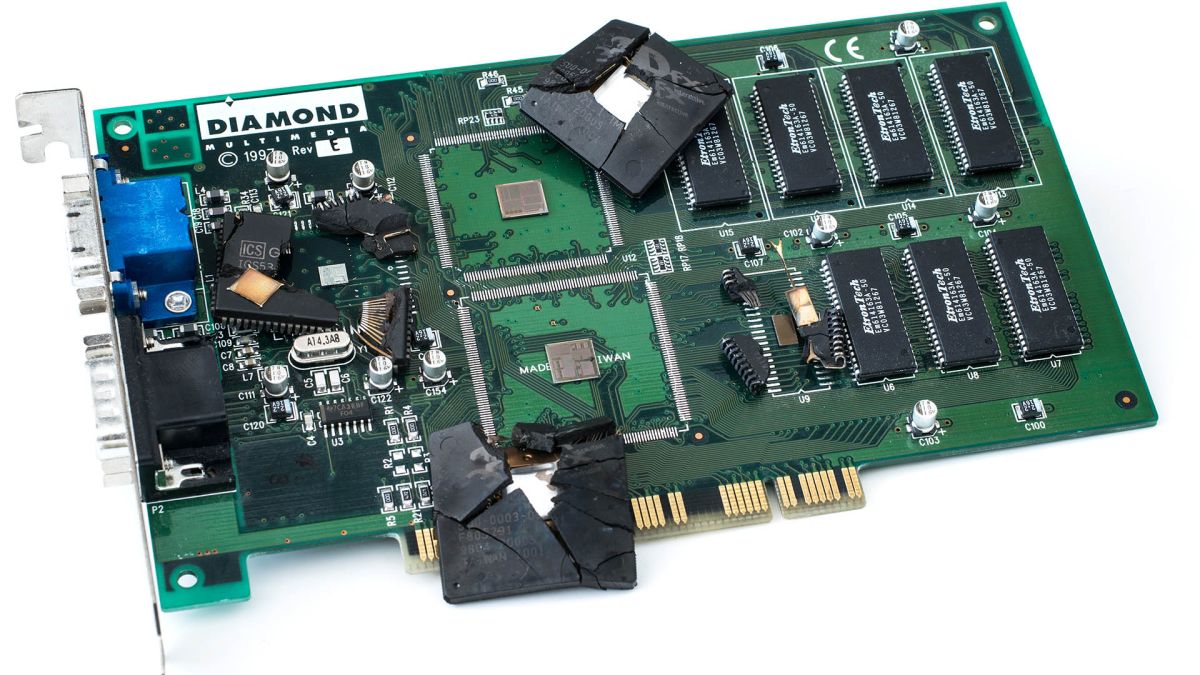 It would be a hell of a ride if 3dfx was coming back with something as disruptive as the original Voodoo 3D accelerators.

I think Tweak Town forgot when they went bankrupt and Nvidia grabbed the IP saying they just did so in 2020. I hate it when people don’t proof read their work. Especially those writing industry articles.

Well the main though it does detail some of the stuff they pillaged.

The biggest is likely the idea itself of using multiple gpus, Ironically, they never used 3Dfx’s SLI. They just used the acronym for their own parallel processing approach.

“After a time, you may find that having is not so pleasing a thing as wanting”
I’m sure TitanX Pascal owners felt that way when Nvidia released the 1080ti.

Or basically every new generation of tech, ever.

I thought my Gateway 2000 Pentium 90 was the absolute dog’s b******s. Prior to that my 16Mhz 386 with 2Mb of RAM (after begging my dad I took the plunge and upgraded to a massive 4Mb) could only run Doom in a window the size of a postage stamp. And still only turn at 90 degree angles. I didn’t do well.

To quote the description of Consumer Technology commodities from ED:

“Ever evolving and changing, get on board for the next generation of personal consumer devices. Be the envy of your friends as you show off the latest thing, then get ready to upgrade.”

Prior to that my 16Mhz 386 with 2Mb of RAM (after begging my dad I took the plunge and upgraded to a massive 4Mb) could only run Doom in a window the size of a postage stamp. And still only turn at 90 degree angles. I didn’t do well

I was able to Juice my 386sx16 with Mathco to 10megs of Ram! Board was full at 4megs. I added a 2meg dram board and 4megs on a 30pin sim expansion boards in isa 16bit slots. Like yourself Doom still needed the “Buy a 486 ;)” shrunken window to be fully smooth.

I had 10 expansion cards on that motherboard.

Didn’t really game on PC until 486DX266 (Amiga before that) when Adlib sound cards arrived. Some of the best times on that 486. Four of us would lan party on my bnc network playing Doom all night long.
The other 3 guys weren’t initially into computers games until I infected them by showing them what was possible. They immediately ran out and bought PCs.

Hehe amazing. Yeah I remember when the 486DX266 came out and it sounded like a dream machine. There was no way I could get one but my friend had one, so I’d go check out stuff on there to see how things was supposed to run ha ha.

So skipped that generation and on to the ‘586’. Intel decided numbers weren’t sexy enough for marketing and called it the Pentium.

That said, I remember giving my P90 to my skint housemate when I got a new PC some years later. Which comes full circle to the start of this topic because for that machine I bought a ‘fresh on the market’ 3DFX card, and that changed everything forever.

We were running four player LAN Carmageddon (amongst other things like Unreal Tournament), but the poor P90 could only display a single red cube (desperately trying to render the player’s car) and nothing else

Or basically every new generation of tech, ever.

He was particularly envious of my floppy drives, since I had 2 and he had none. He had to toggle in the boot sequence via panel switches and then start reading the tape using commands in the built-in debugger (which was stored in ROM). It took 5 minutes or so to boot from magnetic tape.

I was envious of his 300 baud modem (~30 chars per second), since I didn’t have a modem yet. A couple of years later, I got a 1200 baud modem, which was actually a Hayes prototype that was too big to fit a standard PC. (I modded my case, so it would fit.) The modem was a gift from an engineer at Hayes, since it wasn’t needed any more. Ah, the joys of 120 chars per sec, to connect to the systems at GA Tech, so I could program from home (as a student).

Iirc, I spent $3400 for my system, including color monitor and addon cards. Times have certainly changed.

I was envious of his 300 baud modem

I had one of those. I remember when I could first access the Internet. Before browsers and Windows I would login through Toronto Freenet.
When I read that Swigert (Apollo 13) had photographed the damage of the Command Module through the window of the Lem, I ordered a catalogue from NASA with the pictures and a file download name. IIRC it took near a 1/2 hour to dl one pic.

He was particularly envious of my floppy drives

And a 6800, wow yes that was before my time. The BBC Micro Model B with 32k and cassette player was the first computer I had access to. Dedicated monitor too. We got a floppy drive for it later. I say ‘we’, I was five

However my dad never learnt how to use it, so it was down to me to copy instructions from the tape cassette to make things load (when, or if, they did). Arcadians (Space Invaders), Snapper (Pac Man), Manic Miner, Chuckie Egg were great, but then along came Elite. I was mesmerised, even though I was too young to figure out how to play for a long time. Had a lot of fun with the Micro until that 386 came along way later!

You could have your own product range by now!

Yeah. I’ve always had a thing with cables…