Best VR PC configuration with an Nvidia 3090 and 3000euro budget?

I have decided to build a totally new gaming pc only to play in VR with my Pimax 8kx.
The only sure thing is that i want the 3090 even if it is expensive.

I am not following pc components world anymore since long time so i would appreciate a lot if someone could help me to build this pc.

What do you suggest?

Firstly, the 3090 is going to be very hard to get initially, due to extremely limited yields. There’s a good chance you won’t be able to get one before the new year, unless you resort to overpaying on eBay.

I’d suggest using this handy configuration guide to help you select compatible components. I’ve used Newegg for many years and recommend them, but since you’re in Europe, that’s probably not your best option.

Newegg's custom PC builder makes it easy for you to compare components, find compatible parts, save your builds, and share your builds with friends.

i would consider the intel 10900k just because of the higher clock but then there’s no gen4 pci-e so probably not. If you have to wait for the 3090 then both intel and amd is supposed to come out with a new gen cpu’s soonish and that may change the game.

I would wait a couple of months to see what unfolds from both intel and amd (and nvidia too for that matter).

Total overkill. 8 core cpus (16 threads) should be more than enough for the next 3-4 years for gaming. Single core performance (highest ipc) still is king and will be for the next years. Next gen consoles will have 16threads (one for 3d audio and one reserved for os, so 14 threads max. effectively for the game). So this will be the majority of hardware base software are optimized for. Rarely game benefit from more threads available.

Therefore intel 10700kf (k vor overclocking and f without graphics) for 350€ is imho a good choice if you want to buy now or want to buy intel. Makes 5.10ghz stock and should easily do 5.2ghz on all cores with good cooling (AIO maybe?) but consumes over 200watt peak then alone.
With the 3090 demanding measured over 400watts at 2100mhz an 850watt psu should be fine.

Better wait for the zen3 (Ryzen 4000) cpus being announced on beginning of Oktober. Ipc is said to increase 15% over Ryzen 3000 series which brings it at least on par with intel 10gen ipc. And the clock is supposed to increase a few 100mhz over the ryzen 3000 series, too. The 3800xt is the one with the highest boost clock nowadays (4.7ghz) and comes with a cooler which should cool even all cores at said 4.7-4.8ghz.

So right now intel ipc is still best for gaiming. But for vr on 8kX the resolution is so high that you are very rarely in an cpu limited scenario.

3090 is imho a total rip-off by nvidia. But very likely the fastest card for the next years.
I am thinking about going 3080 this time (still min. 30% faster than my 2080ti) for half the money.
And if rdna 2 big navi from amd is really good (we will know after Oktober 28), maybe i buy later a faster card if i want more performance. I just don‘t want to support nvidias pricing policy… Silicon Lottery bins these chips at well below maximum voltage (<1.5V), so you should be able to get the highest possible overclock out of their top chips. My 5.1GHz i9-9900kF ultimately managed >5.2GHz .

If your budget is ~$3k Euro or USD, then it’s worth roughly doubling the CPU cost to get the extra performance some flight sim and similar VR applications today need.

I found a good review of 8K X

After some investigation i found that the CPU had 6 CORE and it was INTEL.

Why i am saying this ?

DO NOT BUY AMD (CPU AND GPU)

This 6 core (12 threads i assume) cpu was enthusiast platform in 2011 and very expensive at that time. This platforms had tripple ram channel which also helps alot with performance.
Very unfair to compare with non enthusiast amd platform. You are right that at that time amd was inferior (big time) to intel regarding cpu. But that has changed. Nowadays they are almost on par (especially if run in resolutions 4k and up which is needed in vr) and deliver the better bang for the buck,
After many years of intel cpus i am ready for an ryzen 4000 series cpu as my next as soon as my 7700k shows to restrict my 3080 or 3090 too much…

Agreed. I’ve had AMD CPUs in the past. Currently I have an i7-8700K and my hardware budget for the next year will be spent on a new graphics card. Therefor, even if “I am ready”, I won’t be upgrading my CPU and motherboard for a while.

Total overkill. 8 core cpus (16 threads) should be more than enough for the next 3-4 years for gaming.

Respectfully, while that might be sufficient, I think it could be quite useful to have more cores. However, a big reason to go with AMD now is because their latest CPUs support PCI Express 4.0, as does the nVidia 30xx series. I prefer to future-proof my systems, as I tend to keep them a long time (while incrementally upgrading them over time).

Respectfully, while that might be sufficient, I think it could be quite useful to have more cores.

Well, from experience it does not make sense to invest for probably future benefit.
In a couple of years the ipc/clock speed will be insufficient so you again want/need to upgrade. So you will end up using the additional cores maybe 5% of the time but living with the downsides (lower max clock, heat, price) from the beginning 100% of the time. Ask all the enthusiast platform gamers with their high multi core Count cpus.

However, a big reason to go with AMD now is because their latest CPUs support PCI Express 4.0, as does the nVidia 30xx series.

Certainly correct but no big reason imho. Rumor tells us that the 11gen intel cpus will inherit pci-e 4.0 and Mainboard manufacturer said their products do support it already yet (not extra lanes, but the ones provided by the cpu). So intel platform is future proof, too. And direct benefit for new gfx right now from 16x4 gen vs 16x3 gen is zero. 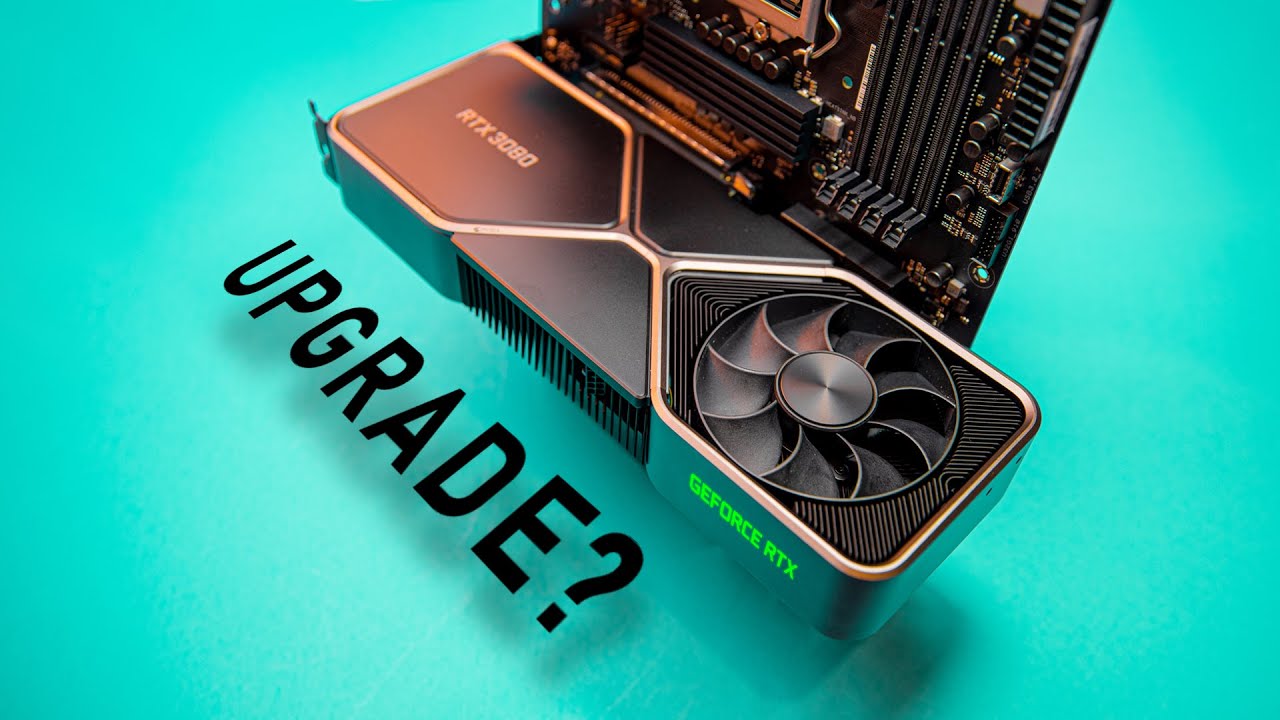 Dear Fabrizio, Thank you very much for this video.
It clearly showed me that for the high resolutions i play in VR (2x4k and up) the new generation is a real monster. And buying the 3080 and better only for flat up to 1440p gaming is completely nonsense if you already own a 2080ti/7700k like me.

Nevertheless i would be curious about the impact of PCi-e 4.0 together with fast Memory on an am4 platform to the performance (especially frametimes increase) in very high VR resolution. Should be definately a difference to intel pci-e 3.0 intel platforms IF gfx ddr memory is saturated and texture swapping from memory is necessary… time will tell…