Anyone here use the Bhaptic vest? If so, what do you think of it? Do you feel it’s worth it?

As an active Woojer vest user I can recomend haptic vest solutions and have thought about the bhaptics myself.

Necro mancing this thread. Due to the new bHaptics x16 and x40.

I am super interested in this vest and I am definetly getting one .

The price is good coming in at aroind the same price or actually lower than the Woojer Vest.

I have the Woojer and was very skeptical (planned to sell it if I wasn’t happy) and pleasantly surprised about how much it enhanced most games.

Even though its just audio games like Vertigo Remastered are amazing. Not to mention feeling the shots of your gun and music in Pistol Whip. (Unreal!)

The thing that always put me off of the bHaptics originally was that according to Mikes review round up comparing them all. The bHaptics only worked in ganes that it was specifically programmed for which was obviously dumb. ( Who buys a $500 vest that only works in a handful of games)

I love the Woojer alot but the fact that it wasnt capable of having its 6 transducers programatically targetted by devs was a minor miss.

So this x16 is finally the perfect product. (we’ll see

I was also pleased that this wasn’t another Indiegogo project. As those tend to never come out without delay. When I saw that ship date. I was sold immediately. Just got this email from them confirming a dec 13 ship date. So fast I migjt get it by christmas! Yay.

I own the bHaptics Tactot vest (which effectively is the x40). Due to some serious real life engagements in the past months I haven’t had the time to really do much with it, but I have used it e.g. for HL: Alyx which is supported natively. It is really quite nice, feeling shots and if they hit you in the back or front, or if you are caught by one of these hanging tentacles there is a tingling sensation all around your body.

At the same time my conclusion was that it wasn’t really worth the €580,- price tag I paid for it, firstly because it isn’t a complete game changer for me (as I say, it is really nice but not completely transformative) and secondly because of the so far pretty limited number of games offering native support (either implemented directly in the game or via a mod). I still have to try the audio only mode which I suppose just picks up on the bass, and that might work well with the likes of Beat Saber but probably isn’t something to write home about on more complex use cases. What I do like is that it also connects to a handful of Quest 1/2 games, so you can have this kind of VR experience complete untethered which is kind of cool.
I do hope that they will expand their natively supported games library soon, and word is that they are indeed working on it.

However, as I could spare the money I decided to keep it so it is by no means a disappointment. My decision was really based on both the curiosity to experience this kind of addition to the VR experience and the fact, that it natively supports HL: Alyx and Skyrim VR which are two of my favourite games (although I somehow failed to get the Skyrim bHaptics mod to work and soon after that attempt had to almost completely pause my VR activities for a while so I haven’t tried to fix this yet - it is said to be really nice, e.g. you apparently even will feel rain on your body…)

At half the price for the entry level X16 version it may become a more reasonable choice to make and I could imagine that the number of actuators isn’t that decisive for the majority of effects gamers will be interested in (shot-blast etc.).

I watched VROasis review comparing the Woojer with the Subpac and the BHaptics. At the time I watched it I already owned the Woojer.

In the end I felt that the Woojer was actually better for me because he said the bHaptics didnt have an audio mode. (At least back then)

I bought the x16 as I was always compelled by the locational aspect of it. but with only a handful of supported games I would definitely need more to justify that.

Here’s the thing. I LOVE audio mode on the Woojer Vest and I Imagine Ill love it on the bHaptics as well.

I know its not locational. But It really doesn’t matter to me. (I mean in pavlov if your feeling shots you’re not playing it right

For example. With the vest on I played Vertigo Remastered. And that opening scene where you are in the "doctor who-like vortex, the audio builds up an you really feel it.

Or in the ventilation shafts when the fire spews out of the vents it’s weird but its like you can feel the force of the wind on you. I guess what i’m saying is that the times where the feel the audio is more of a constant feeling and not just when you are being attacked. Its almost emotional if that makes sense?

Not to mention Pistol whip is like a totally different game.

I totally think it brings something tangible to the experience. Even playing pancake games benefit from it, even if its in audio mode.

i will get my bhaptics suit in a couple off days,i will let you know!

you actually got a tracking number already? this is good news . It means maybe i’ll get mine soon too

No i bought the old version lol… its fun in half life alyx for sure!

Comes with a rather thick manual.

Packaging reeks of quality and cancer.

Seriously it stinks, it smells like Toxic acid Rubber.

Anyone who gets one will understand.

I may need to air this out or something.

Neat! Let us know what you think of it once you’ve tried it.

i will since I have the Woojer Vest and strap I will compare the two.

I will probably sell the loser.

I didn’t even know they had been working on a cheaper vest. For $500 it was not worth it. But this vest for $300 looks like something I’d buy.

Thank you so much for sharing!
I hear you about the smell!
For example i had to throw in tbe garbage the carpet of the cybershoes. It was terribly stinky.
I have had a same issue with other things delivered from China. Not sure why.

I have hold off on buying the bhaptic vest becasue i am waiting to see this other vest coming out. 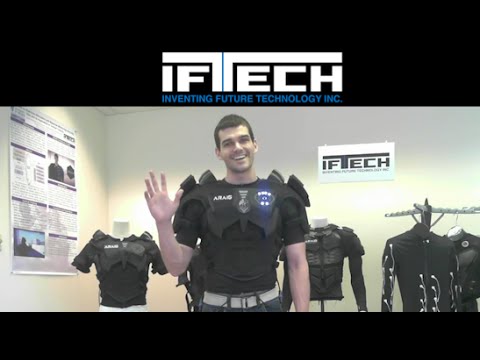 It is coming out soon, i guess.

It does not work same as the typical vests we see around. This vest is different

Great let us know!
I sold my bhaptics suite i didnt like the noise the vest made.

Never could understand those (almost always americans), who fawn over “that lovely new-car smell”…

Sure… You enjoy your toxic fumes – I’ll stay over here, away from the fumes and the fume-inhaling, both.

For example i had to throw in the garbage the carpet of the Cybershoes. It was terribly stinky.

I love the CyberCarpet Its the best carpet ever for VR. And its exactly the same size as the steam VR circle in game

But yeah I don’t know why these things stink.

I have hold off on buying the bhaptic vest becasue i am waiting to see this other vest coming out.

Never heard of it… I’ll have to find out more. But i’m going to hold off as having two haptic vests is enough for now.

I have played HL: Alyx and its impressive

I also tried Crisis Vrigades native support and its less impressive. You only feel feedback when you get shot and that hardly ever happens to me

so I only felt feedback once.

Im actually kind of mixed so far… The feedback from the Woojer is deeper and its a little less tight on you but obviously it doesnt have programmable feedback.

Strangely I dont mind that though.

I will need to do more testing.

I know one game I was very impressed with with teh Woojer was Vertigo 2. I will need to compare the same areas in the Bhaptics in music mode to see how it compares.

Also Pistol whip in the Woojer is awesome. Pretty much requires music mode as if the only time you ever felt anything was when you were shot that would be lame.

Great let us know!
I sold my bhaptics suite i didnt like the noise the vest made.

Its hard to explain but I was thinking… The way it feels would be so realistic if it wasn’t for the "harmonic buzzing " sound which immediately removes any sensation that you are being touched but reminds you abruptly that its just whiny little motors all over you.

However if you are wearing headphones you likely would not actually hear the motors and you would just feel them.

It is weird though because the Woojer makes no such harmonic buzz.its more filling.

I need to test in Pistol Whip and Beat Saber to know for sure if this is an issue or not.

I like the new PS5 smell … Like styrofoam on the crisp winter air alpine alps in the morning.