Dear all,
According to our internal development plan,

We hope more and more users can enjoy wide FOV and high definition VR experience with our Barinwarp series techniques support. It might cover a good range from GTX1070 to GTX 1080Ti and RTX2060 to RTX 2080Ti, AMD RX580 to Vega64, also for some gaming laptops.

If you have any other good suggestions or comments pls let us know.

Dear All,
Brainwarp 1.0 with Smart Smoothing is ready for a closed beta testing now. We will send it to our external testers from the community this week. After that, will follow open testing for our backers.

Thanks for all of the above suggestions. Dallas will feedback a table with the status show our reactions on all valuable suggestions from the community.

And what happens to the original technique to double the number of frames?

And what happens to the original technique to double the number of frames?

It just does not work the way they intended, so they call other (working) things now part of the brainwarp-package. Obvious.

That is “Smart Boost”, it is planed in Brainwarp 2.0 version.

That is “Smart Boost”, it is planed in Brainwarp 2.0 version.

The fact alone that they manage to copy ASW astonishes me. If this works the pimax team is so much more talented than most thought. This is no easy task.

Only staff can apply that.

Yes, it takes almost one-year development and needs much stronger technical support from Nvidia and AMD side.

Furthermore, we’re going to provide a middle FPS mode option (65Hz\72Hz or 80Hz) for 8K and 5K+.
So the users are free to select Smart Smoothing and middle FPS mode while playing different games with a consistency MTP performance, especially for those middle-level GPU cards.

If Brainwarp 1.0 (Pimax ASW) works like ASW/Motion Smoothing that means it does half the rendered frames and insert an artifical (warped, every other) frame incorporating actual head position. So i would vote for nothing less than 72Hz (resulting in 36Hz actual frames demanded from GPU). This should be enough for even a 980ti in most of the games…

Edit @PimaxVR: make the beta available to everybody interested to test it.
I have plenty of games and am willing to help you out testing.

Multi-View Rendering (MVR) is a feature in Turing GPUs that expands upon Single Pass Stereo, increasing the number of projection centers or views for a single rendering pass from two to four. All four of the views available in a single pass are now... 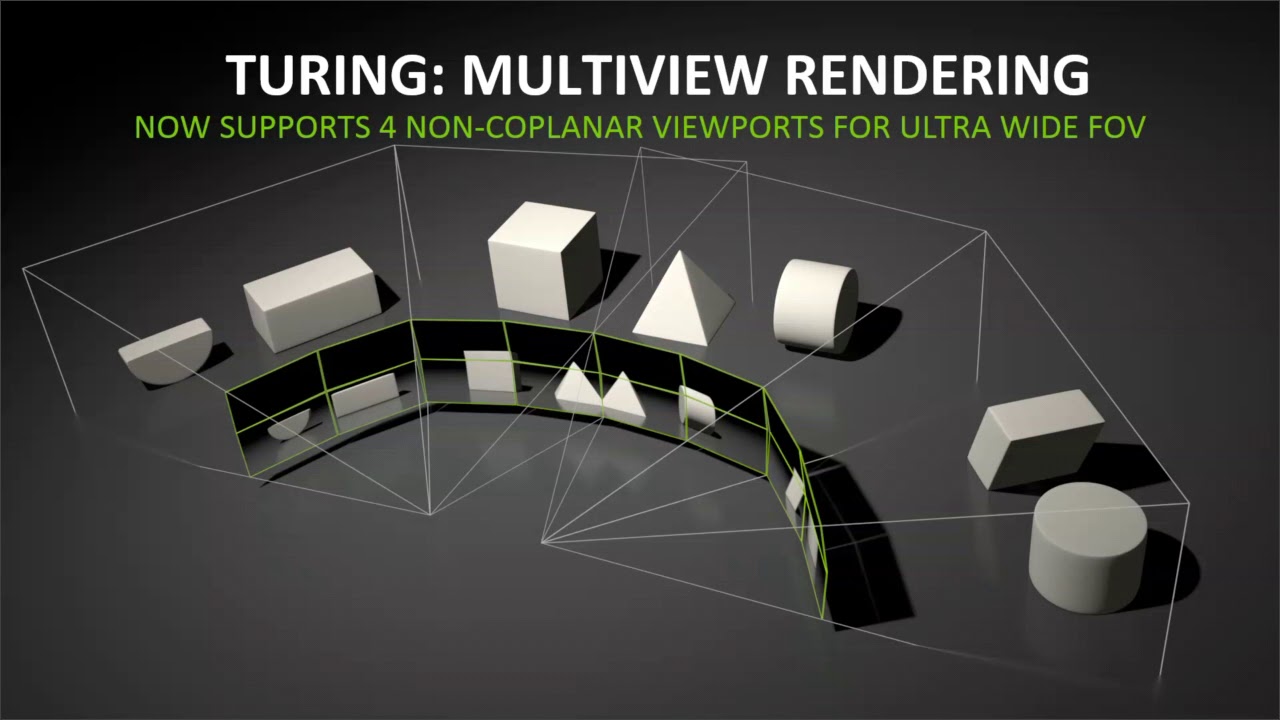 Any advantage to render 4 views instead of 2 for pimax?

Edit: questioning anyone who does know. I think two views should be sufficient for two panels, but was wondering…

As MVR is part of vrworks, it must be supportet by title, there is no general support.
I really hope nvidia pushes these things much more. SLIVR, too, please!

All in a single pass, a good boost in performance; maybe another good boost using “parallel projections”.

But PP should not be needed if the title supports MVR

And if the title has no support then MVR does not help, either…

@PimaxVR It originally was 60Hz and 72Hz. why it’s now 65Hz? Great advance btw, I hope it works well

Hi are you working on foveated rendering?? This could be the key to any performance problems…

If you have any other good suggestions or comments pls let us know.