CES 4 days away! Will Pimax be there?

CES is coming up this Wednesday. Will Pimax be there? If so, when can we expect to get some impressions of the new Reality 12K QLED headset? Will MRTV be able to look at it on Wednesday?

Pimax Update 31st December 2021 Pimax CES 2022 Official Withdrawal Statement We regret to inform our customers, partners and fans that we have decided we won’t be able to operate our booth at CES 2022 in Las Vegas, Nevada January 5th through the 8th. This decision was a difficult one as we had already decided to operate the booth without the participation of some of the key elements of our team due to international travel restrictions and use personnel from our USA office only along with …

Thanks for the reply. Bummer

So, CES is closing tomorrow which means the Pimax " LiveStream NextGen Technology Event " is around the corner: “A short time after CES has ended we will be doing a livestream event…” and “We will provide a press release with more details about this upcoming event.”

C’mon, we want some entertainment while we are waiting for the PSVR2, and announcements of Valve’s & Apple’s headsets… sometime later this year…or decade…

Yep. The communication is pretty poor. Don’t announce private demos, request email addresses to invitations, then go silent. Why is it so hard to send out an email to those who have requested demos to say, “Sorry, we’re not able to do the private demos. We’ll be sure to notify you when we are able to show you more.” Done. Your customers feel valued, and you’ve kept them in the loop. This is basic business stuff.

Unfortunately they seem to have not grown from the bad habit of going radio silent when they don’t have good news to share.

We did meet in person with Thrillseeker and some other well known youtubers though.

Were they able to sample the prototype unit? If so, did they come away impressed?

No there isnt any prototype tested by them,Maybe in the future someday…

“A short time after CES has ended we will be doing a livestream event…” and “We will provide a press release with more details about this upcoming event.”

flexing muscles, waiting, and a balloon

Pimax at least give us some progress update please.

Well, I guess there is just not so much to show yet. Fine, Sony is rumoured to show off the PS VR 2 in Feb, looking forward to that (although I haven’t even been able to secure a PS5 yet…).

Fine, Sony is rumoured to show off the PS VR 2 in Feb,

Yeah look forward to hearing impressions on that also. Like you I haven’t been able to get a PS5 either. I’m not in a rush to get one though since the PSVR2 is the only reason I’m looking at getting one and that doesn’t have a release date yet. As for the 12KX I’m just going to put that out of my mind for now and just wait for whenever impressions happen.

I haven’t really been trying hard to get hold of a PS5 because like you it wasn’t high on my priority list. The PS4 Pro is doing good service for my son, and I rather use my PC for gaming. And as the PS VR 2 will be tethered yet again, I am not even sure I would buy it anyhow. It really depends on what happens on the PC VR side, and what it effectively offers: which of the Playstation games would I be really interested in to use if for (unless it can be used with Steam on the PC too). But it would still serve as a benchmark for new PC VR headsets.

I am much more curious to see what Apple will be bringing to the table towards the end of the year, although chances are that it might be a brilliant gadget to have but not offer any compatibility with PC VR. So Project Cambria and Project Deckard (Valve) will probably remain the most anticipated releases… and let’s see who-ever else has a surprise up their sleeves.

Pimax with “12X flavours of wet dreams” announcement have a very steep hill to climb if it shouldn’t end up as a collection of specs which doesn’t work out as the specs suggest at first glance. In my view they have taken on too many challenges, and they could end up dying on multiple hills of those… so yes, I am certainly curious to see what they present and even more important, ultimately deliver, but they’d have to do a lot of convincing reputable, not too easily excited journalists/youtubers to even let me consider buying one when it becomes available. I am pretty confident I will not consider any longer term pre-order of any kind this time, because I am growing a bit tired of the collection of headsets on my shelve and would wish to be able to select one headset to serve me for my PC VR endeavours, and there might be quite serious competition coming in at the end of the year. Adding another headset wouldn’t really help me if it comes at the following cost: great specs but the reality is that you’ll actually loose 30% processing power on parallel projections compared to other headsets, and by the way you are adding another 40 degrees of super-peripheral vision which you will notice even less than the large to normal FoV addition on the 8KX, but which costs you dearly in -again- processing power; all while you can’t get your hands on a RTX4090 at MSRP anyhow. That GPU might actually be the proper one to drive the 8KX, while the 12KX would have to wait for the 6090 or 7090, at least as long as DFR is not truly happening in SteamVR games.

The event ended minutes ago - where is the complex video summary? 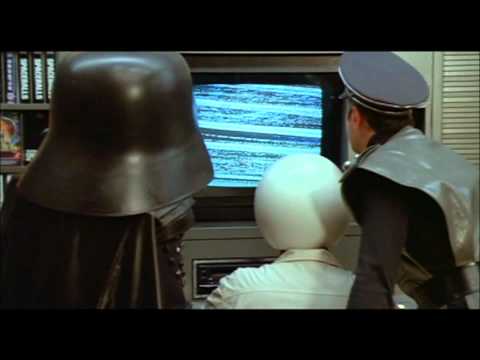 Well, I guess there is just not so much to show yet.

Uh not true at all. Ive explained the situation multiple times. Martin has covid19 and we are essentially stuck on the trip.

There is a surprising amount to show as i’ve said many times.

You just entirely ignore the fact that similar circumstances prevented 200 other companies from doing demos of their new products too.

We did meet with Skeeva, Thrillseeker and a lot of others and will provide more about that later.

There is a surprising amount to show as i’ve said many times.

You just entirely ignore the fact that similar circumstances prevented 200 other companies from doing demos of their new products too.

I was referring to Pimax own announcement of hosting an event AFTER the CES show which Pimax for good reasons wasn‘t going to attend, and at the time of my comment Pimax hadn’t communicated anything although CES was almost done. I wasn‘t insinuating that Pimax are supposed to hold on to the substitute event no matter what, but was pointing out the lack of communication which led to uncertainty whether the event would be taking place or not, and when, if it was still planned.

Surely using their own keyboard at home or in the hotel to type some kind of Pimax communication wouldn‘t have threatened the lives of Pimax employees ?!

I’ve provided essentially the play by play on the discord almost every day. Some of the Youtubers we met even jumped in a couple of times. I’ve posted here and reddit as well numerous times.

I’ve spent the time even though my list of to-do’s every day is more than 14hrs work.

When things get official dates we’ll do official updates likely coupled with a press release. This is just behind the scenes things to give those interested some idea about what is going on.

Exactly, like the 8KX…it advertised as 170 FOV but I never use it since it put strain on the resources. I use 150 FOV most of the time. If you’re not able to take advantage of it even with the current hardware, then you’re investing the future and not now. By then, better headsets would have come out in the future, and whatever you invested now becomes wasted. It is the same with eye tracking…it was a waste of investment since either your favorite game is not designed to run it or the eye tracking software is not up to par. In the end, it was bad investment.

@PimaxUSA: I assume some of those who read the official Pimax communication in this forum may miss your messages, especially if only posted on the Discord channel. I know I did not see those messages. Usually the communication calling the event and the substitute event off should happen in the form used by & suggested in the earlier announcement of the event.
Nevermind.

@reptilexcq: yeah, tough one - I can see the charme of covering the entire human FoV but I see its real value being limited to a not so huge subset of VR games & experiences. For the majority of games I would have preferred to increase the resolution within the 150 or 170 degrees and solve the distortion & clarity within such FoV. The 12KX seems to be heading into a confusing niche: if they cover 200-220 degrees, the outer portion will hardly be visible to the user, so no point in wasting high resolution on it. But will those portions be rendered in full resolution nevertheless? Likely no; but then a part of the specified resolution is not really being put to use - like ever. And if the now even more challenging distortion issue isn‘t solved it may render the entire extra 50 degrees useless and be switched off by user like it often happens with the current large setting.
I think the 12KX will be more of a IMAX kind of viewer for select experiences headset and not so much a gamer headset. Interesting choice by Pimax.