I am slowly getting into it, it’s been a long time since I was seriously into flight sims. I have managed to get up and running with the FC3 F-15, and tried the F-16 recently while it was free. Took some effort I’ll admit, but I managed to find the equivalent settings to do the basics.

But one question - there seems to be a hell of a lot of focus on switches and button pushing, but where are the engaging missions and campaigns? I tried to search for downloads, but little luck, or I don’t have the right map etc

For some reason the Hornet doesn’t appeal, and people have warned it’s very complicated to learn.

F-15 - Instant missions are super short. Only a few Missions that are reasonably long. Only 1 included campaign, and it’s bugged from mission 1 and doesn’t complete. Online people say don’t buy any campaigns, they’re bugged too. Searched for user made stuff and surprised how little there is, or again, I don’t have the right maps. I have the default East Europe, and also Persian Gulf.

F-16 - early access I know, but limited training, missions, and no campaign. Again can’t find much user stuff. I enjoy flying it though.

I’ll try the Russian planes soon, but, well, all the controls are in Russian

I don’t really know what I’m doing yet, so I don’t fancy multiplayer for the time being.

Am I missing something? Any suggestions or links? Or is there really not that much content unless you get stuck into the mission editor and make your own? I remember the days of Gunship 2000, JetFighter II and Jane’s US Navy Fighters, or even Novalogic and EE Comanche vs Hokum etc, was never having trouble finding missions to do…

@Octofox
From this post, you seem very new to DCS World, but I can’t be sure, so please don’t be offended if I waste some time trying to dispel some perceived misconceptions.

Also, I would be happy to help by flying with you in DCS multiplayer on a safe server like Aerobatics Online.

I don’t really know what I’m doing yet, so I don’t fancy multiplayer for the time being.

Go to the multiplayer server list, sort by player count. Chances are Aerobatics Online will be top of the list, for good reason. Most everyone there doesn’t know what they are doing either! Or they are too busy practicing hard maneuvers way too close to the ground…

Well, maybe that’s a bit harsh, but at any given moment there are probably a few craters on fire at the Kobuleti runways.

Point being, there is one server you can go to, where there are always tankers and carriers available for practice, no weapons or intentional collisions are allowed, and everyone has a good time. It’s a great place to learn formation flying, practice landings and pattern work, etc.

a lot of focus on switches and button pushing

Emphasis on ‘switches and button pushing’ is because there are enough people who just downloaded the sim and are completely lost, there aren’t enough capable sim pilots to teach them.

Pausing or time dilating things in single player is a painful way to do things. Far better to get your HOTAS completely setup, go through a comprehensive startup checklist about three times (by which time it should take less than 8 minutes), and then go flying. By that point, you should be ready enough for singleplayer or multiplayer.

These are the best checklists to ‘tour’ the aircraft controls.
http://www.476vfightergroup.com/downloads.php?do=cat&id=42

My own control scheme supports basically every DCS World aircraft, so it’s a good place to start. I am still working on documentation and backporting to the T16FCS stick (since I use a MSFFB2 stick). 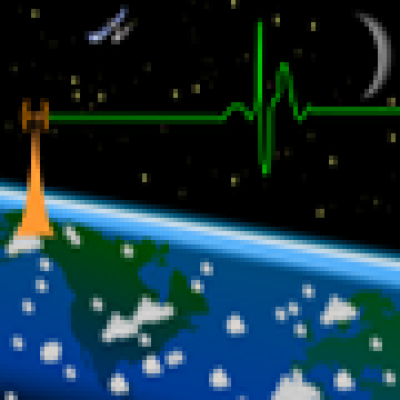 Let me know if you are interested in using any of these specific aircraft control schemes, with whatever HOTAS you want to use, and I will do what I can to help.

Keep in mind playing a single player mission or campaign flight is going to require at least as much proficiency as a quick multiplayer fight. Especially an intense mission with random threats appearing in quick succession.

For some reason the Hornet doesn’t appeal, and people have warned it’s very complicated to learn.

Hornet is maybe the second least complicated aircraft, and an absolute joy to fly. Only the F5E could be easier.

FA18C buttons and switches are pretty simple. Once you go through the checklist, you will know where everything is.

FA18C HOTAS controls don’t have to involve overlapping display management or dispenser program commands like the F16C, which makes them much more intuitive. Want to dispense flares? Hit the flare button.

FA18C MFDs are not too complicated. IIRC the tutorials that have added cover them rather well. Once you have enough flying experience to know what an HSI is, and how to toggle things like magnetic variation, they start to make sense. All three of the MFDs work exactly the same with exactlythe same programs. The moving map on the bottom display is a standalone feature that is just toggled on/off.

FA18C flight characteristics are perhaps the most balanced ever. Pulling up and turning is practically unlimited by stall, with the leading edge root extensions allowing an alpha beyond 60degrees. Engine thrust is enough to give excellent acceleration up through supersonic, especially without external stores.

I’ll try the Russian planes soon, but, well, all the controls are in Russian

Don’t bother. IIRC, they are all FC3 modules. They use the same controls as the F15. The only major difference is the IRST sensor, which IIRC, works the same as the radar system, but shorter range. They are also a bit more twitchy due to the large elevators, canards, etc, but this doesn’t really help their maneuverability which seems to be lacking at low speed and breaks the wings at high speed.

FC3 in general is not a great experience. The community seems disinterested in them generally, and the controls are awkwardly unrealistic. The real benefit of FC3 is the extra flight models. To be fair, these can be a lot of fun for experienced players to ‘test pilot’. However, newbies are unlikely to appreciate an aircraft that can maintain a steady climb for another 5000 feet, reach Mach 1.5 just 20 seconds faster, or zoom climb to about 100kft instead of maybe 80kft. Though obviously, in a competitive situation, far smaller differences would be the difference between victory and defeat.

Which is another reason for the emphasis on button pushing. Like with race cars, you need to understand how much a little more acceleration, speed, and G, will leave the other guy in your dust! Of if you don’t feel like leaving, in front of your teeth and talons…

Now, I recommend you first pick a first aircraft. Because the systems are surprisingly similar, even for Russian aircraft, it will be a lot easier to learn more aircraft later.

I strongly recommend the FA18C or the F16C. Both perform (turn/burn) nearly equally well in DCS. FA18C is a more intuitive aircraft, F16C looks better in VR. For a new player, the training modules that have been added lately for the FA18C should be the decisive factor.

After that, go through the HOTAS controls and startup checklists. Get everything set up as logically as possible. Be prepared to control at least two different radio Push-To-Talk and Chanel Up/Down settings from the HOTAS. Get a feel for the buttons and switches - it is not really that complicated considering some of those dials are just air conditioner accessories just like a car…

Once you become proficient in an aircraft, then go to the community looking for missions and such. Even if single-player is your thing, going to the player groups with a few basic questions, should help you find what you are looking for. I have heard some discussions about very intense story-driven scenarios, so they definitely exist.

Eagle Dynamics sells a few campaigns and such as well.

There are player groups with a variety of interests. You can find some of them through the Joint Task Force Discord channel

Multiplayer is where it’s at though. Aerobatics Online is a great place to start. And if story-driven is your thing, you might want to work up to the large scale simulated conflicts between playergroups that last for weeks.

Thanks for this, a lot to take in! As on the other post, I will give DCSW more time at the moment while I can

You really should. And if getting some consistent practice is a big part of the problem (believe me, I’ve been there too), I would be happy to fly with you.

Sometime in the next few weeks I will probably announce some long flights so others can join me.

Thanks, a very kind offer. Let’s see how current events and workloads go, and yes do post up about any DCSW activities you’re taking part in, I’m sure I’m not the only one who would be interested. I’m starting to imagine Pimax Squadron hehe…

That would be awesome. Though from the roadshow, I know at least one player group, I think made up of former F5E pilots, uses Pimax headsets almost exclusively.