Deca Gear Dead? I told you so? 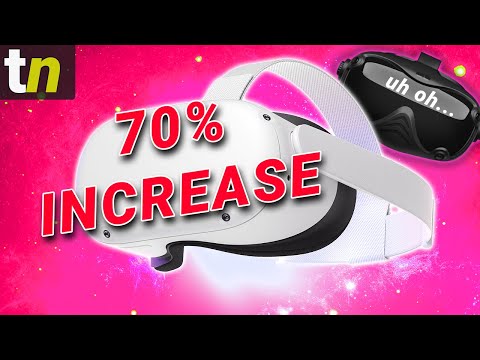 I feel there is a lesson here somewhere.

May we all just stop and take a moment to appreciate, that what Pimax has accomplished so far is not easy and could have gone wrong in so many ways.

And while it has been a little bumpy from time to time, and promises have been broken. At least I have a 5k+ and an 8KX and hopefully a 12K by 2023( because lets be realistic , as the story above played out…sometimes promises are just over optimistic)

Strangly enough alot of what DECA was promising is similar to the promise Pimax made with the 12K, right down to the SLAM based controllers and standalone store. Also what is the Deca Brick it loos similar to Pimaxes box they showed. Also didnt Pimax state that they were planning some kind of Pimax Meta verse too? (I cant remember)

The 2160x2160 displays are so last year. Even the apara will have surpassed this tech by the tine this releases. And that price is no longer competitive and faith in this underdog will have been lost because they missed their deadline.

It just goes to show that keeping promises and deadlines is pretty important.

It might not have been as bad had they not taken money … even if it was just $10.

I’m just happy I got the deca move before they failed.

Sniff. Would have been good to have more players in the field. Facebook needs more competition!

I agree! We all have been up and down with Pimax as first adopters. Has any other company who has much more $$ produced ground breaking tech??

Has been Pimax been perfect. Nope. But for.start up it has been better then most.

Even HTC has been quite unremarkable despite having mire $$ than Pimax.

Sniff. Would have been good to have more players in the field. Facebook needs more competition!

Sony, is just around the corner. I still think its a mistake that sony didnt go the standalone/ps5 link route.

They are very aware of what the quest is. As a standalone it would .attract people who don’t own a ps5,

Definitely agree. They also dropped the ball in terms of mobile gaming so this would be a good opportunity for them to re-enter. Also with the chip shortage and the lack of PS5 out there, having a standalone Sony XR2 based headset would allow for an influx of new customers.

Obviously it’s a lot more work and harder to pull off, so I’m not surprised they didn’t do it, I just think it would be a great opportunity. Might still happen, who knows.