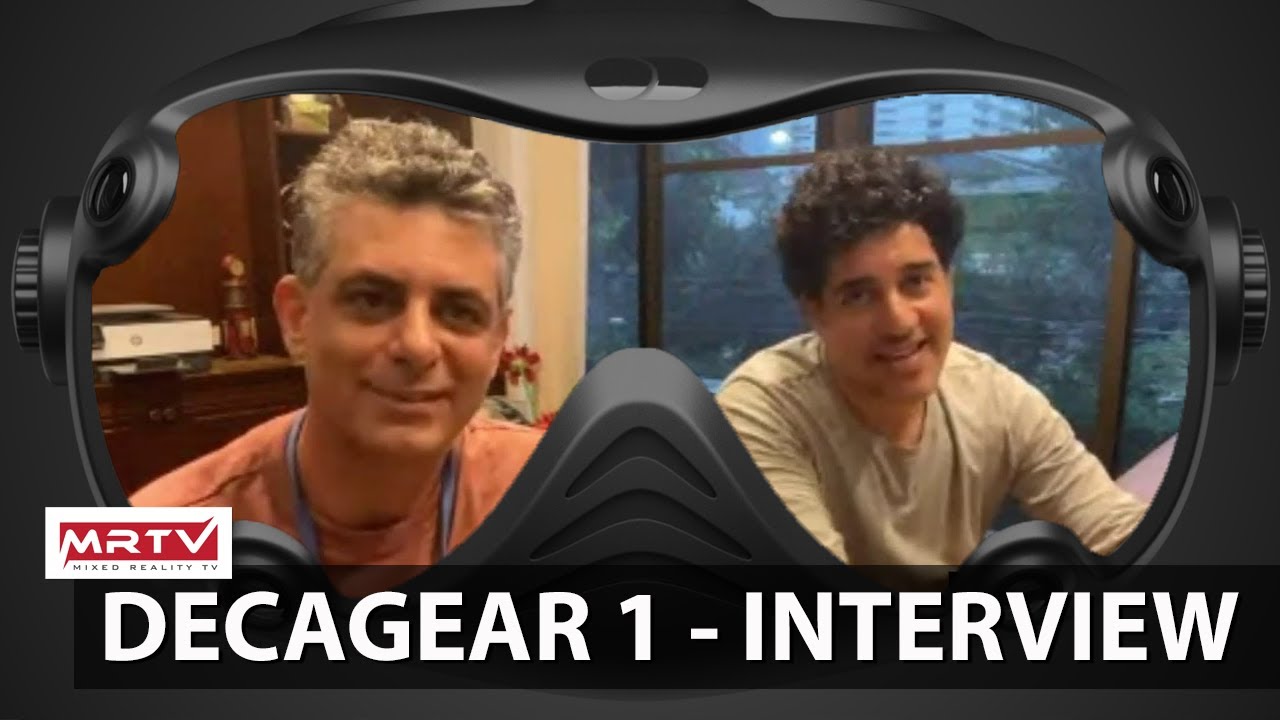 What bugs me is that when he was talking about the Decagear’s resolution compared to all the other great headsets he’s tested he didn’t even mention Pimax. It seems to have forgotten that the pie max eight KX has both greater field of view than the other headsets and higher resolution. I’m starting to really dislike this smug know it all.

I’m starting to really dislike this smug know it all.

Me too, this guy sucks!

Whoa, only a few minutes in, and my poor feeble brain is already boiling over from trying to follow, through the way the guys’ audio keeps ducking randomly.

Maybe some rest will help - it is rather late… or early, by now, I suppose… :7

I love 54 minutes in the guy admitting that the may 2021 is a combination of intuition and wishful thinking.

Anyone else getting strong Pimax Vibes with this one?

Im more convinced now that these guys will deliver a functional product but i’m skeptikal that this wont be another 3 year shiitshow like Pimax has been.

Good job @mixedrealityTV for snagging this interview. Even those smug freality guys have to acknowledge your efforts after this. Am I wrong ? it’s the only VR show you have not yet guested on?

Do they have beef?

anyway…on paper this seems to be a G2 killer.

Did anyone else catch the dig at Pimax here

These guys think they are in a different position than Pimax was when they started their kickstarter.

The blogger edition i’m not sure …they are claimimg it will basically be a feature complete prototype. Which the duct taped 8k from Pimax wasn’t?

I dont know man… the 8k on tested was a working prototype that they had already been demoing at shows for at least 6 months prior to the kickstarter, and it still took 2.5 years to get to that products “final form” in tje 8k+Vision.

I personally am tired of VR kickstarters and the Pimax was my last one. I look forward to maybe trying one of these if they ever come out as a final product. But by then who knows…the world may have moved on to 5k or 10k panels by then.

Honestly the deca gear looks like something I woukd have expected samsung to respond with to the G2.

If youbwould have told me that this exact headset was actually the odyssey 3, people would probably be cancelling G2 pre-orders left & right. Because Samsung would be more believable.

That wasn’t even a denial, or acknowledgement of the statement.

Pretty sure Mrtv is done with Pimax.

The trust was gone after NDAGate

Not many use a Pimax on YouTube now days. I used to think that was a shame.

Not many use a Pimax on YouTube now days. I used to think that was a shame.

Now when I do Pimax video on my channel I am actually loosing subscribers…and my channel had lots of troubles growing because many considered me as a Pimax fanboy and were thinking I had free stuff from Pimax, when of course, I did not.

Anyone else getting strong Pimax Vibes with this one?

Haha yeah this has “PIMAX” all written over it. No frikking way I’ll participate in that kickstarter. It’s going to be a disaster.

I always enjoyed your content. I find anything Pimax a huge turn off now. I sold my index and couldn’t wait for my 8KX to arrive. I waited and waited then waited some more then it turned up faulty. Weeks later still waiting for them to accept it back. Very poor. Go buy a G2 is the only advice I can give. Maybe some G2 content??

Thank you for your kind words.
Yes I shall make a decision soon.

OMG thanks for mentioning this!. I have suspected that Pimax is actually a channel killer for a while now. (Due to reputation)

Have you noticed that @mixedrealityTV has been gaining subscribers since he stopped covering Pimax. He’s at 48K right now as of writing this, but he should probably be be closer to 60K right now.

His last video on Pimax was April 6 2020. (Around the time of NDA-Gate). Look this chart from social blade

Remember when MRTV would constantly talk about how he could never go back to toilet roll FOV headset and insulting every other headset daily?

Every headset on the market is 90-115 FOV. He basically rejected the entire VR market for what? a PImax with a bit more FOV? It kind of makes any claims of being a “fair and unbiased reviewer” mean nothing, since you are basically crapping on people who decide not to use a product that in all fairness comes from a company that is known for being late, and has poor QC and takes shortcuts left and right.

I also follow a couple of Major Sim Racing Channels . RTA Motorsports and GamerMuscle. Both of which received Pimax headsets. GM reviewed it and was impressed but hasn’t worn it once since the review over a year ago, RTA uses his HP reverb and loves it, (RTA bought an Index and returned it because he hated the glare.) and never even got around to reviewing the Pimax 5k+.

In my experience Pimax was basically “made” for driving games and yet two of the most die-hard simmers don’t even use it ?

I think that the reason you don’t see a lot of youtuber’s using the Pimax is because the reputation of Pimax being what it is, anyone who would parade around gloating about how great the Pimax is seen as “one of those Pimax fanboys who sipped a bit too much of the Pimax Kool-Aid”.

Personally I love my PImax headset (maybe love is too strong) but I wouldn’t recommend it to a close friend. If I had a youtube channel that attitude would probably extend to my channel as well. How could I recommend a product to people when I myself am still waiting on basestations I ordered three years ago and was told that controllers were definitely happening last september(2019) and now I think we’d be lucky to see those controllers by the end of 2021.

(That’s a whole other topic. I noticed that we know just as much about the status of the controllers now a year later, as we did in sept of 2019, and I’m sure the promise will be the same now as back then)

Also if my job was to reliably put out content every week, my subscribers wouldn’t really be able to see the difference FOV made on the video without me telling them constantly( which is rather annoying to viewers because it seems like i’m rubbing it in their faces), and knowing how much more performance it takes to drive the Pimax as well as the general randomness of what game will work today in PiTool. I wouldn’t have time to mess around with Pitool on a live stream.

Of course your subscriber count will suffer .

Sorry this probably came off sounding way more anti-pimax than it was meant to. It’s just the facts

Thanks for caring so much about what I do and don’t do, I feel flattered!

As I had stated a couple of times already, I would cover Pimax if they would send me their hardware. I would love to review the final 8KX, I would love to unbox the backer box and review KDMAS, but I cannot.

I wish Pimax would send you the hardware too. I’d enjoy seeing your impressions of the final product, but I think that should include the deluxe headphones. Imo, without those, the headset is not final.

Honestly, as much as I like my 8KX, I would have trouble recommending it to anyone but the most diehard VR enthusiast. 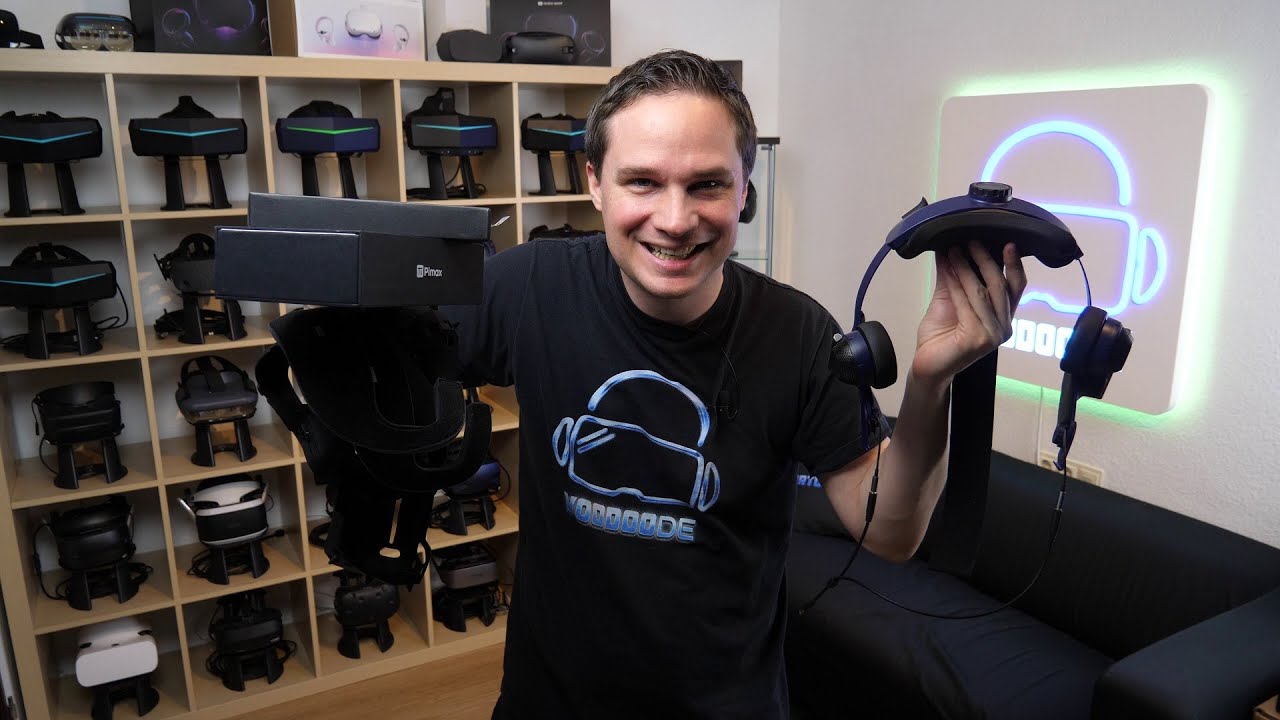 I see a lot of new Pimax reviews and user videos on youtube. Just not from the talking heads who have a grudge against the company or something. And if you USED to think that was a shame, that’s sad. It still is a shame. My 8kx is a bloody good product. Could it be better? Yes. Could Pimax improve service and quality. Yes, of course. But it’s still a product that should be mentioned alongside these other headsets and not ignored by these soi-disant experts.

Good to hear that you harbor no ill will for Pimax. Tyriel Wood also said the exact same thing about not receiving a unit. Maybe they want to wait until their product is 100% complete with DMAS and their Pimax Experience Software if out of Beta. (So maybe never)

If pimax won’t send you one, but a backer loaned you one review, would you do it? Or would that also violate some agreement.

Honestly, as much as I like my 8KX, I would have trouble recommending it to anyone but the most diehard VR enthusiast.

Lol me too. The new VR friend of mine who I got to buy a quest, saw my Pimax and wad like “that looks cool I might buy one, should I?”

“quick change the subject, I dont want him to hate me”

Voodoo states all the time one reason for using the Index and not the Pimax in his game review videos is that the Pimax screenmirror is not good for recording video. I also have this experience also first hand.