Since I don’t have much time to document or even demonstrate best practices, or even if I did so fully, developers might not search/read it anyway…

Just ask me for support. As long as I don’t have to bury my head in another complicated project in the middle of some other complicated infrastructure projects (which I hope not to be doing anymore) it is *really easy for me to just answer questions.

Check out the m335's server community on Discord - hang out with 5 other members and enjoy free voice and text chat.

Please share this with other developers who may be interested as a sort of ‘very early release’.

Anyway, I hope this is not too much trivial self-promotion…

A few new features have been added that are starting to make this directly relevant to VR. 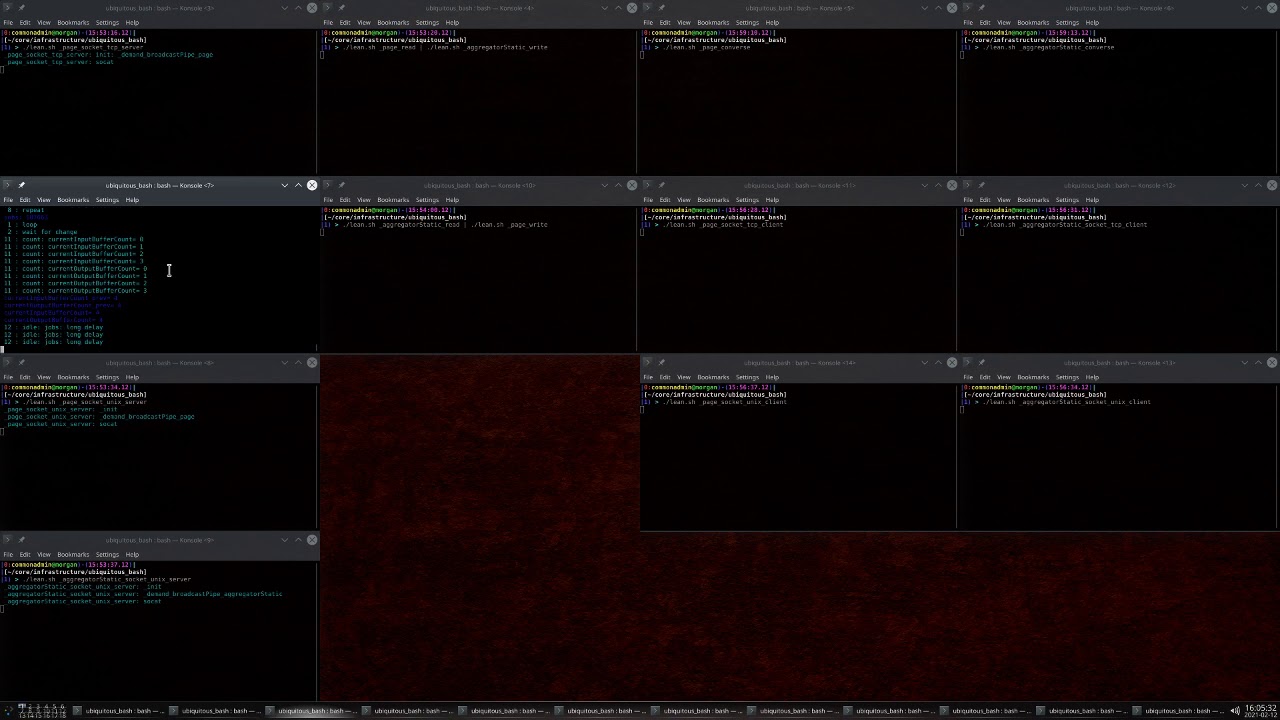 A ‘Cygwin Portable’ installer is included, with functions to rewrite the symlinks (replacing or making them relative as desired), as well as to pack/unpack ‘tar.gz’ format.

‘Anchor’ scripts run the neighboring ‘ubiquitous_bash.sh’ script with the first parameter being their own name. These are ‘shortcuts’ like the LNK files many MSW users are familiar with. However, the ‘.bat’ anchor scripts also search a number of standard locations if not neighboring the expected script and are simultaneously interpretable as Batch/bash scripts due to comment characters in their header. Thus, on both MSW and UNIX these scripts may call up exactly the same program.

Thus, an application ‘contained’ within “ubiquitous bash” may be made to work portably under both MSW and UNIX.

Bonus - run ‘_bash.bat’ to get a nice bash shell on UNIX/MSW/Cygwin . Or ‘_test.bat’ to do some really extreme tests of semi-real-time InterProcess Communication timing, dependencies, shell behavior, etc.

Sort of like LabView or GNURadio Companion I guess, but a bit more accessible to the wider variety of programs available from a typical UNIX shell (which is quite a bit more powerful within “ubiquitous bash” context). In particular, IIR biquad filter preprocessor macros should be considered, for having enough efficiency to implement extremely narrow/brickwall filters of very high ‘Q’ and thousands of orders on microcontrollers.

MetaEngine also specifies and illustrates a variable resolution coordinate system for arranging files. This is intended to share data between such things as graphics/physics/netcode processors at ‘instances’ of different scale (think: Elite Dangerous), both in memory (eg. C implementation) and more persistently on ‘disk’.

This file has been truncated. show original

Need to share data from a program or serial device (eg. VR controllers, 3D printer motors, etc) with several other programs or devices, and maybe the existing ‘HID’ drivers are not flexible enough? Emulate a ‘shared pair of wires’ with ‘queue’, and send a packet. Both ‘tripleBuffer’ and automatic connection of multiple ‘pipes’ are available as backends. For less real-time purposes, ‘interactive’ and ‘database’ backends exist as well.

Such a ‘shared pair of wires’ intentionally resembles the sort of ‘anything to anything’ bus found in some hardware systems (ie. CAN Bus) . Aside from precompiled binaries for VXWorks using some pipe feature I am not familiar with, it seems software implementations of this technique were not common, let alone such multiplatform software implementations.

Having this implemented in shell script, the same script that can launch applications in entire Virtual Machines ad-hoc on UNIX/MSW/Cygwin should make it a lot easier to share devices or files between different applications, independent of any specific precompiled binary program specific to a single project on a single platform.

Admittedly, for performance reasons (either due to MSW/Cygwin script init times or single-application high-speed memory-only graphics/physics data), precompiled binary code may be needed in some cases. However, even then, these shell functions may serve as (compatible) reference implementations.

Future Work (where some of this may be going)

Some minor problems still need to be overcome. All of them are expected to be trivial.

A few things probably will not happen

Before any of these more recent developments, the ‘PanelVM’ was created. This turns a typical Linux workstation into something more like Atom text editor (or other typical IDE), opening a project across conventionally assigned virtual desktops by project script from the host filesystem, with keyboard shortcuts to allow voice command, and single-click tree browser navigation (bringing already open documents to the top of the window manager rather than reopening). This is very useful during flights in VR.

Further improvements to the MSW/Cygwin VM backends will allow the PanelVM system as well to be copied and used portability.