Does anyone have tried the ZEISS Cinemizer OLED Video Glasses?

Hi guys, i am interested in knowing if anyone knows anything about the ZEISS Cinemizer OLED Video Glasses .

Do you know what is the field of view and quality of these glasses ? Looks interesting but pricey. Couldn’t find too much on it save is it 30° FoV? Presume that is likely per eye. But didn’t see resolution. The Form factor though is nice.

Unfortunately i have not found yet any solution to play all console’s games and pc games in headset for vr like feeling .

Have you heard of any solution ?

This is why I was thinking about the projector’s idea

Ie: playing “days gone” in a vr headset with feet locomotion (walking and running in place and accross the play area) and using hands for in game gesture

Not off hand. But Magicsee m1? Was used as with other Android AiO headsets with Hdmi input on ps4 before… Headtracking might be more in line here is a link from 2016

Do you know what fov this headset has?

Would it work also for pc games and xbox games ?

Headtracking can be added to this Magicsee m1 just by using a captosensors ( that gets set up as mouse emulator) and mounted on the headset , and hence when you move the head, we woukd actually move the camera/view in game

Magicsee was looking to make a m2 version of higher res. But you might not have the 3d effect of a VR headset as each eye is likely seeing tge exact same image.

But you might still get a monoscopic(?) 3d effect that @VRGIMP27 was talking about before.

As with having Hdmi input it should work on any hdmi device.

Would instead the cinemizer glasses give a 3d or vr like effect instead ?

Tbh not really sure. With limited FoV & it’s price Avegant might be an okay thing to look at.

Magicsee m1 has Hdmi input but the m2 & m3 look to have removed that feature.

Would need to do more research. But without hands on it’s hard to say how good it might be vs what we are expecting.

I have heard you can do some kind of vr like xp with Xb1 through pc? Imagine simply using it as a hmd though vs a real VR experience. But if a game supports 3d it mighr be possible to have that effect at keast

Which of these supports the 3d effect?

And also which vr headset had got the hdmi input?

@Heliosurge do you know any head tracking solution for pc and console ?

Captogloves is buggy and it is giving me hard time to make it work smoothly. Need to find a way to control the in game character direction (usually the right stick of the controller ) via some wearable wireless device

Unfortunately haven’t seen too much on a dual solution for consoles & pc.

If you havr an xbox kinect you could look into an adapter & use kinectToPc (free) or Driver4VR.

Not sure on KinectToVR but psmove can work on driver4vr & have heard ps4 camera might be usable with adapter.

How about that cinemizer headtracking to use as standalone without the glasses?

It’s possible especially if the head tracker can be used without their headset.

do you know any head tracking solution for pc and console ?

Are you talking about current gen consoles? I think both PS4 and XBOX both have a ‘stream to pc’ remote function. I recently found(and ordered) the ‘tilted controller’, and thought you might be interested in it. I’m not 100% sure there is mouse emulation though.

Hi! But stream to pc remote function allow cinematic view in headsets which is not immersive. This is why i am thinking to get projectors and panels and surround my play area with panels to look at while moving through my play area to play play those games that have no vr support.

I am looking for head tracking to be able to control the direction of my walkimg in game.

If i read correctly, what you ordered gives to our head a form of another input to our games but not head tracking , or am i wrong?
Also it seems that it says that it has no console support.

If the captogloves would work properly, i would solve any tracking issues simce they can emulate mouse and then cronismax would help me to assign mouse moments to the right console controller stick. Unfortunately i am not been lucky with the bugs of captosuite

Hi! But stream to pc remote function allow cinematic view in headsets which is not immersive. This is why i am thinking to get projectors and panels and surround my play area with panels to look at while moving through my play area to play play those games that have no vr support.

Stream to pc>output to projector? How bad/good is the latency on this?

If i read correctly, what you ordered gives to our head a form of another input to our games but not head tracking , or am i wrong?
Also it seems that it says that it has no console support.

Correct, this would be more for strafing/ducking/running/etc. It does rotation tracking, but as I said I’m not sure if there is direct support for mouse emulation. Have you looked into trackir, facetracknoir, or using a wiimote? I think you will have a hard time finding console support for this type of input(without DIY).

No idea about the latency of hdmi cables, but it would be from

People use projectors to play games, so i guess if there is any latency, is acceptable.

For waking in games at this point i have found more than 1 working solution. So i think i am more or less good with that.

The device you suggested it probably would be interesting for crouch and jump in games, to add to the methods I have now for walking in games, though after icubex finishes with their software optimizations , i think that that would be included in their device (1 device only).

I need to figure out what solution your suggested hardware can give me with head tracking.

Wiimote, or chinetic, is limited by the camera. If you are not facing properly the canera, there is an issue.

Trackir, if i am not mistaken runs on its own software hence the compatibility with games is dependent from that.

Need to look at facetracknoir.

I was referring to the ‘Console to PC’ latency, I don’t have a console, but I’ve tried playing a platformer with the Steam link and had to give up on that. Yeah, the camera/ir solutions have their limitations, but ‘should’ work for a projector setup(front facing).

I will not connect the console to the pc though .

I am thinking to get 4 panels and 4 projectors to get my rectangular play area with the 4 sides with projector panels.
I would be moving through my play area in different directions and facing the different sides of my play area, so i need the head movement/direction of my movement in the game, traced 360 degree, same as we have with the base stations in vr. 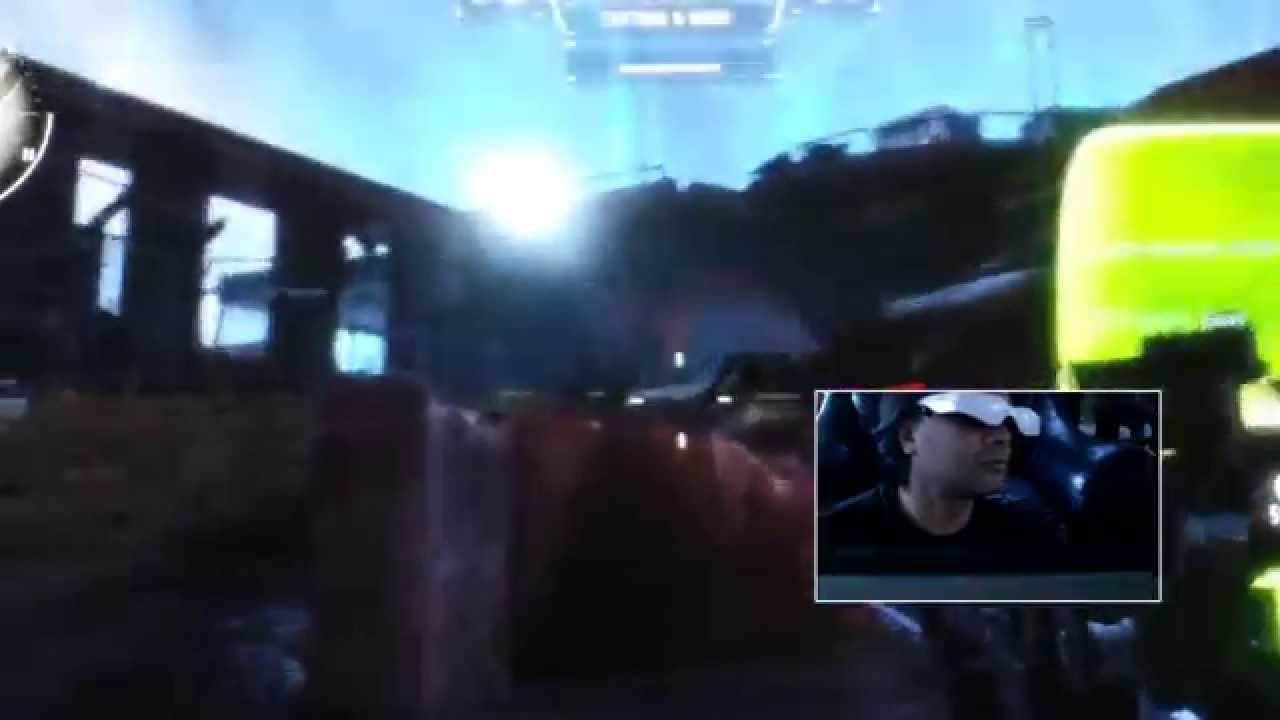 @Heliosurge do you know if the cinemizer headset has a view of the game in cinema mode ? It is not clear if cinemizer and all the headset that have hdmi input, output the game image in the headset , only in cinema/theater mode.

I would like that that is not the case