Experimental: 0.81.0.0 Beta with Monitor-order & save feature for Virtual Desktop

I guess this might be some timeout happening. Sometimes the startup is fast enough to avoid the timeout and sometimes it is not fast enough and the startup runs into the timeout. You could try to install Elite on a faster storage medium. If it runs fine on this medium then my theory is confirmed.

Your equipment is to good

Lol I dont know about that. Really, cant tell any actual difference going from a 2 year old Samsung m2 to this MP600. Sure benchmarks shows avg 5000Mb/s read and 4000MB/s write, but still…

Looks like @arminelec already found the reason for the ED behavior. A new bug.

Yeah, seems like that. That never-ending troubleshooting and tweaking…

SteamVR overlays do the curved surfaces as a series of about 10 vertical bars, albeit mostly because SteamVR does not allow framebuffer overlays. This works quite surprisingly well.

However, the best way to do curved screens of course would be to have a proper curved object, and write the desktop texture to it. If Unity does not already have a good way for doing this, in a few weeks or months, I should have a program ready to interact with Unity for such things.

As for SSD speeds, AFAIK, not one end user application improves even 0.1% in load time - yet. Some of the applications that will show up soon - frequently loading new worlds - will change that dramatically. Compiling, and VM image copy, however, are indeed that many times faster though. I routinely rely on pushing hardware to its limits, so it irks me a bit when people are ok with having what inevitably become crippling flaws later.

After all, Population ONE had to increase load screen times to accommodate users with hard disks. I say, forget those guys, make them buy SSDs already.

I’ve seen SSD benchmarks and most of the games benefit a lot from SSDs, however there is little difference between all the SSDs, including the SATA ones. 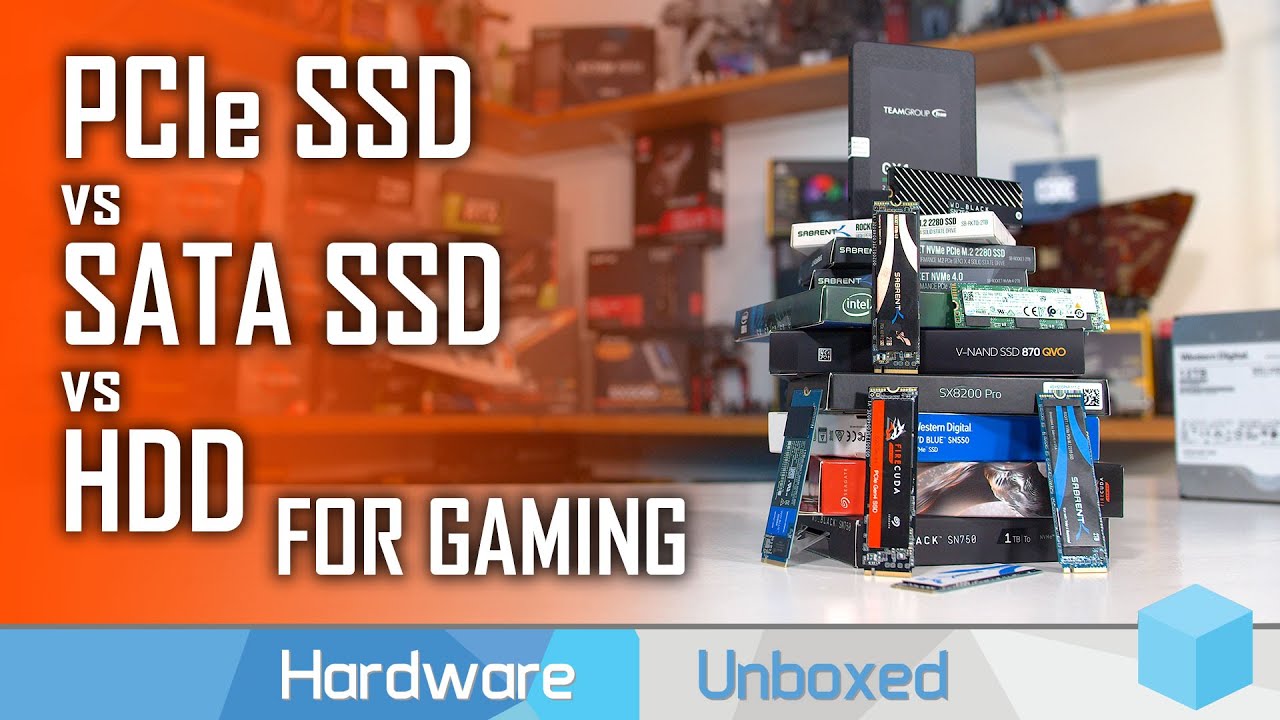 The issue is AFAIK that game engines currently are not well suited for SSD, apart from actually loading the assets, they do quite a lot of other work, including decompression, processing, etc. A lot of developers had to invest quite a lot of development time for a proper backend, which enables seamless content streaming.

In a year or so we will be able to reap some real benefits from SSD, due to game engines finally being able to leverage higher bandwidth and that Direct Storage stuff.

Do you mean ‘execute in place’ kind of stuff, where things are not copied into RAM/VRAM at all? Because 3D objects tend to be used over many frames before leaving the player’s field of view, I rather doubt that is going to be a big thing in VR or gaming.

No. DirectStorage is a new API that is aimed towards reducing IO call overhead, having an efficient batch mode, reducing callbacks. It is also aimed for improving decompression performance (somehow) and offering shortpath for IO handling on supported hardware, also I think they are doing DMA between GPU and NVMe drives but don’t quote me on that. Basically they are trying to adapt new XBox and PS5 storage arch to PCs.

Ah. Stuff I would expect Linux does for me already, since I tend to configure/compile recent kernels myself.

I wouldn’t bet on it. Linux historically has poor desktop usage responsiveness. It can be mitigated with non-standard IO scheduler, but it is work in progress. AFAIK there is no special low level IO API geared towards gaming workloads.
You might confuse the situation with the recent AMD SAM debacle and even then you would be wrong. Resizable BAR support is only a part of equation. Only now has AMD started improving Linux gpu drivers with that in mind. (https://www.phoronix.com/scan.php?page=news_item&px=Mesa-21.0-AMD-Smart-Memory)

I wouldn’t bet on it. Linux historically has poor desktop usage responsiveness.

I believe you are referring either to the lack of PREEMPT_RT (and similar) patches, or to an incident with the IO Scheduler. Both were many, many years back.

Since then, Linux has been catching up faster than MSW, to the point that most desktop and server machines can run hard real-time Linux ( 100us latency guaranteed, 10kHz response rate guaranteed), which is part of the reason we are starting to see fast CNC machines using desktop/laptop/raspi computers running Linux, rather than microcontrollers or slow CNC machines using EMC2 software on MSW.

I don’t know as much about the GPU side, but I do go over the new features showing up in ‘make oldconfig’ and such when I compile new kernels. Some of the stuff happening there sounds very impressive.

When the user exits ED via its in-game menu, the game quits but the ED launcher dialog comes back on, in the normal mode (which is wrong)

I found two launcher parameters that can help us, /VR and /autoquit

so, now my ed.bat batch is

At the end it also kills SteamVR, so it comes back to PE

Imported the .bat in PE works, you can run Elite as many times as you want, but maybe this logic can be integrated in the main one

I was not talking about process scheduling, which is fine. I was talking about IO scheduling and user experience responsiveness. Which, especially on regular hdd, was comparatively bad. This is the reason why there are quite some number of IO schedulers available. Some excell for throughput, some help apps load faster. Some work better on HDDs, some on SSDs (actually NVMe prefers no scheduler at all).
Current default IO scheduler is CFQ. AFAIK it is not the best for app start time.
You can find some IO schedulers benchmarks here:
https://www.phoronix.com/scan.php?page=article&item=linux-56-nvme&num=1 - SSD
https://www.phoronix.com/scan.php?page=article&item=linux-50hdd-io&num=1 - HDD

I was talking about IO scheduling and user experience responsiveness. Which, especially on regular hdd, was comparatively bad.

I know. While it still might not be as good as what I hear about MacOS, and BSD generally, the major spinlocking bugs (all spinlocking is a bug) and whatnot have largely been solved. Combined with the advantages of SSDs, this is mostly a non-issue on Linux, with the possible exception of swapping out most of the system RAM, which is also avoidable these days.

found two launcher parameters that can help us, /VR and /autoquit

so, now my ed.bat batch is

At the end it also kills SteamVR, so it comes back to PE

Imported the .bat in PE works, you can run Elite as many times as you want, but maybe this logic can be integrated in the main one

I would argue that they never “solved” it, but they just have avoided it through superior hardware. Doesn’t change the fact that HDDs still suck for app load on default. The best Linux has is blq-mq, which is designed specifically for NVMe, it is close to the metal. It is a huge leap forward, but you won’t see games benefiting from it much more than from any SSD. Because games are a very specific workload with specific requirements.

@SweViver Are you planning to add a physical / virtual keyboard to you virtual desk layout? It could be an interesting way to help us switch from VR Controllers to KB. Next up, adding a virtual desk and mouse!

Thanks for the hard work, this whole Pimax Experience is making it way better.