like usual it needs parallel projection so 35% off your fps from the start,on a 3080 with small fov i get 60 to 70 fps tweaked settings,the vrik itself seems to be broken af im like a small twisted goblin but twice taller than everyone else weird.

okay i am downloading it now,let see if it is that bad as they say…But i think a refund is on the way lol

Tried it just quik,indeed it needs parallel projection… and it looks bad…
It stutters alot too…

Dont be too prideful about running it on potato or small FOV.

Wow, Hitman’s rating on Steam is in the Overwhelmingly Negative zone at just 35%. Most of the people complaining about the VR port don’t have Pimax headsets so it seems that it is a poor port and it’s unrelated to any particular headset.

That said a lot of people are saying you can play it fine with their Pimax on small fov but the bugs they are complaining about seem universal to all headsets.

The other complaint that seems prevalent is they are charging full price for a re-release as the game originally came out a year ago. 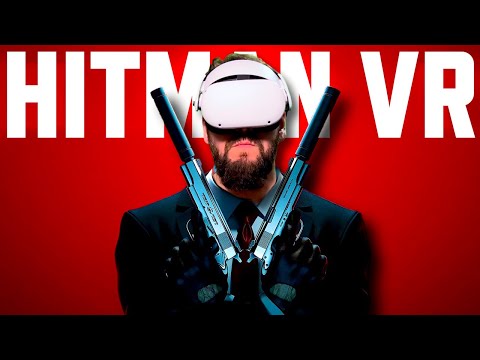 Edit: Who is that dud on reddit who says dont try an play on Pimax. DOes he have any credibility? Surely he is on these forums

I’d say yes. Here is another review on Hitman VR. So far looks like a bad VR port.

Just played for around an hour with 8KX. Played fine with normal FOV and PP on. I have a 1080ti and 7700K. The game appears blurry though. It seems like there is some kind of foveated rendering built in because I can see a sharper image right in the center of my vision but the blur effect happens pretty aggressively when looking away from the center. I couldn’t find any settings to change this effect. The resolution scale setting in the game menu is greyed out for me so I can’t change that for some reason.

The controls with index controllers are a bit unusual but I figured out most things. There doesn’t seem to be a way to actually enter the game menu with the controller though. I had to press escape on my keyboard. The throwing mechanic didn’t work well at all for me. I finally managed to do it and I think it has to do with making a sideways throwing motion instead of overhand, but I need to try it more.

I can see potential in the game but the controls could be better. If I could figure out how to get rid of the blurry effect it would look a lot better. Of course if it wasn’t there I imagine that my performance would drop dramatically. It’s playing very smooth right now but that’s because of the low resolution appearance.

After reading these comments and comments on other forums i’m not even gonna complete the games download, right now its on 45GB of 56, i’m just going to delete it. Thankfully i only wasted £1 on gamepass.

How did you get the game to start? I have Pitool running SteamVR running but when i launch the game and click on Turn VR On It freezes and after 5 minutes I get this

I didn’t have to do anything special on my end. I started the game from within the desktop view of steamvr and then just clicked on the Turn on VR option in the game menu and it started fine.

i’m not even gonna complete the games download, right now its on 45GB of 56, i’m just going to delete it

I still think you should try the game for yourself. No harm since you’ve already paid for Gamepass anyway. The game has issues but I still see a lot of potential in it and even with the issues I still found myself having fun with it.

Yeh i think i will try it anyway, thanks.

Edit. tried it, worked ok on Normal fov. Bit blurry in the middle of the display. Couldn’t throw lol. “Holding A” was supposed to show my “instinct” but it didn’t seem to do much.
Wasn’t as bad as i thought it was going to be but i’m not into it, might be fun for fans of the genre though.

For me its really not sa bad as everybody says. What I saw on youtube. Looks like people didnt played hitman before, so they dont know what to do. There is a vr tutorial, it explains all controls. So its all good here. Its lacks the imersion, but I can live with that. The only problem is that only the center of lenses is clear and all around is blurred. And as you know the size of pimax lenses I have a blurry spot right in the middle. Where connects the vision of two lenses inner parts.Hope you know what I mean. ANd cant find how to expand that crisp area.

And you should play tutorial

You need to “aim” with left hand, I think triger button, to select location where you want to throw, like in a flat game and then throw with right.

I did play the tutorial (think it was called “prologue”?). Ah ok thx for the tip about throwing, might have another go at it later.

The only problem is that only the center of lenses is clear and all around is blurred.

Yeah, that’s the same problem that I have. I’ve read that the game has a dynamic resolution that is automatically adjusted based on your hardware. I think everyone has the blurry effect but I bet it is even more pronounced for those with weaker machines. I may try it on my Q2 to see if the blurry effect is the same on that. I hope they change it so we are free to adjust resolution like other games. I could stand to lose a little of the performance that I’m getting right now if it meant I could get a a bit crisper image.