I am not sure ThrillSeeker ever talk that much about Pimax

In his last video he talk for several minutes of Pimax company.
He of course states what many says for a while (too many headsets for example) but his point is actually good. 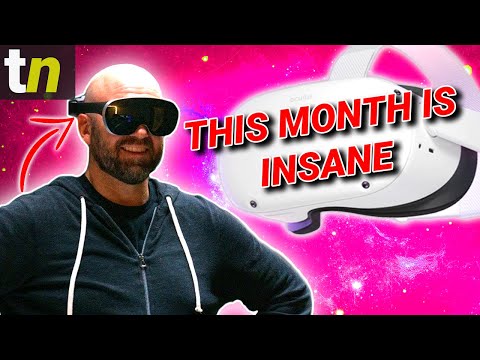 Well he is a bit behind as pimax now only has 4 headsets on the market for sale.

Og 8k and 5k+ are discontinued.

Controller is disappointing if they can only be used with Pimax headsets as that would restrict there sales.

If you have not improved since 1.0 I feel a bit sorry for you. Maybe not the 2.0 we all would hope for in the fact that 2.0 would be double as impressive as 1.0 but there have been significant improvements across the board. I use impressed what my vive 1.0 brought to the table and the fact that I have alot of technology in my house that I would not have thought I would own 10 years ago is 2.0 enough for me. Maybe 3.0 will make our jaws drop (lol not likely). I have to give credit to the fact that we are at the point we are at and so much money has gone into what was a niche market. I still get a tremendous joy out of sharing good VR with new comers that barely heard of VR and are completly unaware of what we have enjoyed for years. No hard feelings jojon but I must be in a place that you have yet to experience I just dont want to know the amount of money I’ve spent on an interesting hobby that would certainly destroy my buzz. LOL. A trip to Disney with my family would have been enjoyable but would not have lasted nearly as long!

…or you set lower standards…

(Yes, I do realise you probably use the word: “place” in an abstract: “ability to be awed by stuff” sense, rather than a more materialistic one.)

I too very much enjoy VR, and am also still awestruck fairly frequently by something in VR; This with what devices we’ve had so far, beginning with the Rift DK1, which was when I finally got to try VR, after having lusted for it since the 90’s.

One can enjoy something, and still not turn a blind eye to imperfections that need to be overcome sooner or later.

Every device so far is a tube with a screen at one end, and a lens at the other. We have seen several iterations - not revolutions, of putting higher resolution display panels and larger lenses in these tubes, and sometimes little tricks like canting these optical units, but fundamentally the devices are the same, and retain the limitations inherent to the basic design. We’re still in the stone age of VR tech.

For something to earn the VR 2.0 monicker, I expect technology and UX paradigms that elevates the experience in a way you can’t with current devices.

Yeah there is still no real VR 2.0 till this day !