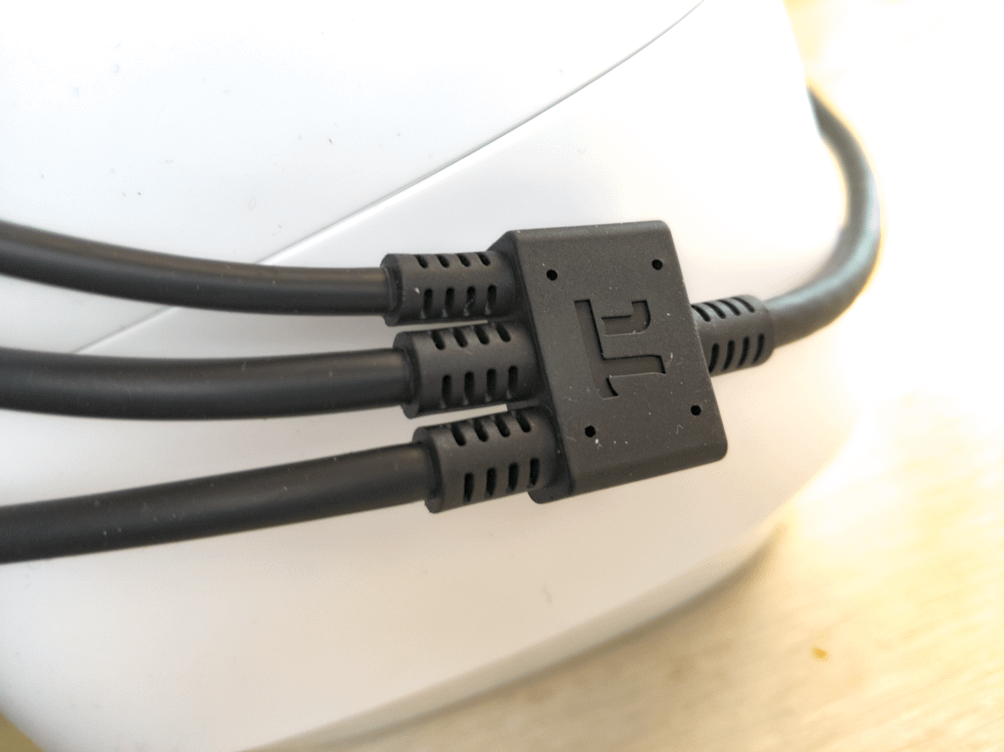 Overall positive for an enthusiast level device. He does not recommend it to basic level consumers. That is my recommendation to people for my 5K+. Nice to have but not for everyone. This review does keep my interest in an X. If I could order one today at KS price I would do it. I will still hold out for more impression and to see the price/performance of the next series of GPUs. Hope to see more positive impressions (so far so good).

Pimax failed at one important point where valve/htc and oculus in their early days haven’t, and that’s reaching out and sending engineering samples out to as many devs as they can.

He’s basically correct on everything. People that are new to VR or not techy enough the pimax is not recommended.

That aligns with my experience as well, I have not recommended my brother to get one but I’m getting 8kx for myself. G2 for him, coz he’s an idiot what it comes to computers

It’s not extremely positive. That’s probably why Kevin didn’t cross post it to his own subreddit.

So I started up The Lab and started messing with rendering resolution slider to see how high I can go before going further stops making any visual difference. 7420 x 4600 per eye (212%) was where it was at. What followed was all I was hoping for but didn’t dare to expect. Holy. ----. Mind. Blown. No words. Should have sent a poet.

Seems extremely positive to me.

Note for other users though: don’t push the rendered resolution all the way to 4600v, anything above 3240 is beyond the point of diminishing returns, and costs a lot of resources unnecessarily.

I took this screenshot while I was playing, and it happened to happily coincide with exactly the way it looked in VR.

My experience as well.

Beware though, you need to zoom in with ‘Ctrl+Scroll’ (not just clicking once with the magnifying glass) to see just how much detail is in that screenshot.

I disagree, I think that it’s actually quite a positive review (with the usual caveats)!

They basically said visual clarity is unbelievable, FoV is a solid and welcome increase over other headsets on the market, colors and black levels are not the best, but not really perceptibly worse than the Index, distortions are present, but not enough to bother him, comfort is good and not a detractor, but he’s had better, and the setup was overly complicated and difficult, and in their mind not for regular plug-and-play customers.

Since most people buying the 8KX are enthusiasts, I’d say the first two points on clarity and FoV reign supreme and he had nothing but positive things to say there. Everything else except for complexity was at or right around other headsets in quality.

And besides that, Kevin has crossposted the review to /r/Pimax_Official, so… yeah.

Note for other users though: don’t push the rendered resolution all the way to 4600v, anything above 3240 is beyond the point of diminishing returns, and costs a lot of resources unnecessarily.

So we should just leave maxrecommendedres at 4k then?

Yeah loved that remark too. If anything pimax should at least send out refurbished loaners to all game studios. Miminum costs to achieve support

And again there was something not well QA‘d - this time it was the cable going into the box, which apparently was a bit loose, and it took him hours to find out what the issue is.

That aspect - together with the 1 year warranty period - should not be overlooked. You are asked to spend 1,300$ but the build quality and QA of the product is clearly sub-par, and as a result the chance of malfunction appear to be higher than average. But as soon as you are out of the short warranty, Pimax will turn their back on you.

I cannot recommend this device to others under these conditions almost irrespective of its actual performance as a VR headset, because you are simply not getting a reasonable deal for your money. A device that expensive needs to be either really well made to not see a greater chance of malfunction over a couple of years or provided with extended warranty period.

I will take mine as I get it anyhow, but if I had to decide to buy it I would really wait for it to at least get the mandatory 2 years warranty period, as provided when buying from a retailer in my country.
Too many of these „oops, something went wrong here“ moments for my liking.

Except for case crack, which I think it is very common problem.

That aspect - together with the 1 year warranty period - should not be overlooked. You are asked to spend 1,300$ but the build quality and QA of the product is clearly sub-par, and as a result the chance of malfunction appear to be higher than average. But as soon as you are out of the short warranty, Pimax will turn their back on you.

Wait! where does it says that we only get only one year warranty?
I dont hope so,i did miss that part somewhere?

This is valid for all product and forum… not just Pimax

So we should just leave maxrecommendedres at 4k then?

No. You need more width than 4K, especially if you have Parallel Projections enabled. 8K is probably sufficient, but I’m using 12K.

Seems extremely positive to me.

The only real negative comment on the hardware is

Pimax feels like it has a huge sweet spot, but most of that sweet spot, is not exactly perfect, and even the very center of it is still somehow a tiny little bit off in some way, but once you’re immersed in the VR, it’s good enough,

Honestly, how many 8KX are out there of which we have seen reviews - the issues reported have mostly been mentioned in the reviews, just 1-2 IIRC where posts complaining about the issues and nothing else.

To me it does appear as if the is an above-average rate of issues, and some may be less serious like the missing foam, but it just demonstrates the lack of QA in the entire development (exhibit A: no alignment between faom & module makers) and production (exhibit B+C: loose cable, missing screw) process.

This should not happen with a device priced at a whopping 1,300$.

And it is so much more of an issue if you risk being told to keep a piece of junk in return if yours malfunctions after 14 months, which doesn‘t seem entirely unlikely given the poor QA. And when you get replacement parts, from the same poor QA production, they will not give you extended warranty on those (a user in another forum reported that he ran out of the one year warranty while his replacement cable hardly had arrived, and guess what, it malfunctioned soon enough too and they told him he is out of warranty).

This is a genuine exposure a user is suffering, and it can be easily avoided by ordering from a local retailer. If you don‘t care to risk losing 1,300$, okay; but I would care…

Pimax decided to price the 8KX & 8K+ as prosumer level - their products don‘t even match consumer product standards. That is an issue in my view which will make it very difficult for them to succeed on a larger basis than 1,000-2,000 headsets sold for successful products. It‘s just the nerdiest of the VR nerds who are going to take such risk in order to receive it 2-3 months earlier, and most others will reasonably even decide to just go with the less hassle headsets like the G2.

At the end, I don‘t care, but it just astonishes me what their thinking is.

Your comments are such right…its too risky now to buy a Pimax product. Only if they offer 2 years of warranty by for example selling it on Amazon EU.

He didn’t crosspost it - he copied the entire content of it to avoid people going to the only neutral pimax place h the very first r/Pimax subreddit. He has no influence there.