I didn’t t play it jet, but I am happy for more and more vr modding

Feedback from Beardo Benjo is excellent.


EDIT: vr mod does not work with 1st free episode! After buying you will get same 1st episode, but with different files, that is why. 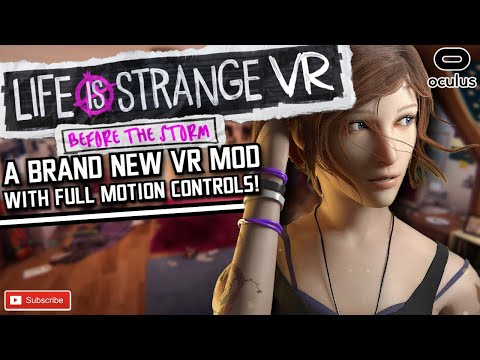 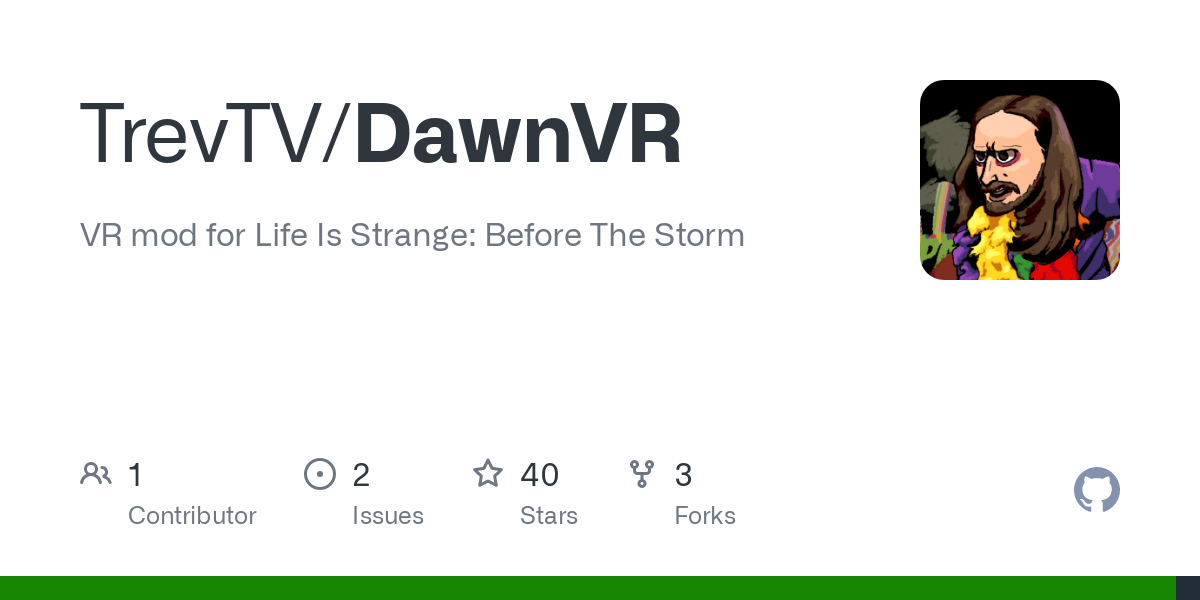 GitHub - TrevTV/DawnVR: VR mod for Life Is Strange: Before The Storm

VR mod for Life Is Strange: Before The Storm. Contribute to TrevTV/DawnVR development by creating an account on GitHub.

i watched the vid of this, the game looked interesting in a different way, but the motion controlled hands didnt do anything; they didnt react with the environment in any way.

Just gave this a try and it works incredibly well on my 8K-X. Wide FOV, 90fps @ 1.25 PiTool quality. Weirdly the cutscenes take more GPU than the actual gameplay (so far). I also can’t find instructions on how to toggle cutscenes into VR mode rather than letterbox. Regardless, it’s great. Just follow the install instructions, add LiSBTS to your PiTool launcher and go forth. No problems with shadows, lights, double-vision so far, so it looks like PP will not be needed (fingers crossed.)

For those who have not played the series; it’s a purely story-based game style, but they remain among my favorite games of all time based on quality voice-acting, interesting stories, and actual emotional engagement. PLAY THEM IN THE ORDER IN WHICH THEY WERE RELEASED. PERIOD. Absolutely do NOT play them in actual chronological order of events as that will spoil things. They are short; around 20 hours per installment. IMHO they get somewhat worse with each release, with LiS(1) being the best of the bunch, and LiS3 being the worst by a considerable margin (still kinda worth it if you like the series, but don’t pay full price on LiS3, that’s for sure!) Don’t play LiSBTS before you play LiS(1) - play that pancake or vorpX first.

Yeah I played this mod when it first dropped. And I wasn’t too impressed.

The VR’ification seems pointless. At least for the opening level.

50% of the time you are watching cutscenes on a flat virtual screen.

I love how the thumbnail emphasizes “full motion control” but your just wandering around not able to do anything with your hands.

Vorpx would have been enough for this one.

but the motion controlled hands didnt do anything; they didnt react with the environment in any way.

Does not matter, we have 6dof, and hands. Anyway most of “interactions” are just looking on things or talking to others, figuring out what to do with it. Like in real world, you are not walking around and touching other people and their stuff.
With vr controllers as this, it is really great. I feel like I am in the game.

Vorpx would have been enough for this one.

I do not know, as I do not have Vorpx. But this mod here is excellent.

I do not know, as I do not have Vorpx. But this mod here is excellent.

House Party would make way make more sense for hand supoort , its similar in the sense that you walk around talking to people, but you can also raise your fists and get into fights so that would give your hands a reason to exist. (It’s also Unity so it’s possible.)

But I do get what your saying about “just being there can be enough” Vorpx actually works pretty well with House Party and its great you really feel like your there.

Most of the way through chapter 1 already and I’m fairly sure it even works with FFR (haven’t bothered to do anything but turn it on once to see if there was a visual difference, as the excellent performance means I won’t need FFR anyway.)

Don’t bother trying to put the cutscenes into VR mode; camera angles and other issues abound when you do that. The only thing I wish could be done would be to keep the cutscenes 3D rather than pancake. The letterbox thing isn’t bad, but you also lose the stereoscopy, which is a bummer.

All in all this thing is working great.

The letterbox thing isn’t bad, but you also lose the stereoscopy, which is a bummer.

All in all this thing is working great.

This is what i mean, you may as well just be playing it pancake. Whatever at least its better than hitman

Like in real world, you are not walking around and touching other people and their stuff.