We can’t currently create threads from within the Pitool subcatagories and the only Catagory available to select if we create a thread from the main page is Pitool-Discussions.

It seems that first firmware update didn’t work. It worked after a re-install of .249

Date: 2019-12-28 (Date of test)
Issue Title: Connection issue with .249 on serial 203…
Description:
I can’t use version .249 FW255. I have to force it to connect by restarting the service and after about 20 minutes of play, it disconnects and the screens turn black. When it does that, I need to exit everything and restart the service for another 20 minutes of play.

I re-installed .197 and everything is back to normal and working.

Date: 01/07/2020
Issue Title: Pimax 5k+ Sparkle Grid
Description: A horizontal sparking grid appears in the lower half of the right panel. The issue appeared following upgrade to latest PiTool and firmware versions. Note, the issue began as intermittent which seemed to relate to power and/or performance draw on the system; however, now the issue is constant. Issue occurs on all 120 to 72hz ranges.

It seems that first firmware update didn’t work. It worked after a re-install of .249

Date: 13 January 2020
Issue Title: Light Bar Color not saved
Description: When changing the light bar color for the headset, after a computer reboot, it reverts back to the default color.

This is the log from my windows event viewer:

Date: 26/01/2020
Issue Title: Pitool 254 alpha crashing
Description: After installing 254a my VR would keep crashing after a short time of use. I think it was pi_server crashing. Rolling back to 253 has stopped the crashing.

Date: 28/01/2020
Issue Title: Pitool 254 alpha crashing
Description: After installing 254a my VR crashs after approximately one hour. Older versions of PiTool do not exhibit this, I have rolled back to .249

Date: 12/02/2020
Issue Title: Movement latency at 65Hz
Description: When rotating or bobbing the head while at 65Hz the world slightly drags behind. Instant nausea guaranteed. Similar to what was a problem with the original 8K in the past. It does not appear on 90Hz or on 120Hz.

Date: 2020-04-04
Issue Title: PiTool “My Games” doesn’t handle launch options
Description: Elite Dangerous (as an example) in order to work with canted displays needs to be launched via the EliteDangerous64.exe with a “ServerToken” option (with the user’s server token) (also requires adding some OpenVR files - see links at bottom). Currently the executable can be added (or a link to the executable with the ServerToken option), however PiTool ignores it and launches EliteDangerous64.exe without options. It enters the game (and works without SteamVR and with canted display compatibility) but can’t progress further in the game due to lack of the Server Token.

Possible Fixes
Adding the ability to read in options or just launch links (with options).

Adding a field to add launch options in the “My Game” category.

More info on what I’m trying to do: 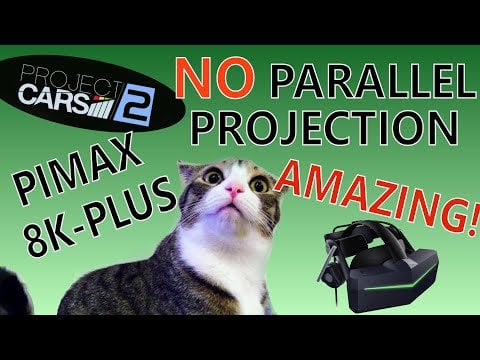 r/Pimax - PIMAX WITHOUT Parallel Proj. Best image and smooth with a 1080TI!...

(Posted in wrong section before)