I know this sounds a little counter intuitive, but hear me out. The 8K-X is only really missing out in one area, black levels, because it is an LCD.

If a blue oled layer was used for the LCD backlight, you would get the ultimate pixel level control of light output. An RGB LCD with perfect contrast. Basically, a perfect FALD backlight, but without bloom, cause its OLED.

Also, because OLED pixels transition very fast at about 2ms, an oled backlight layer would make a decent strobing backlight.

Pimax engineers should at the very least prototype this internally as a test since you have the hardware available.

Sounds expensive. If it works well, that’d be pretty amazing though.

this sounds good on paper but fails in practice. The oled needs to be very bright and uniform. even if you had that oled layer behind the 8k pixels there will be terrible bloom because the light isnt just shining straight.Remember, id monitors and tv’s havent done it, there is probably a reason for that. not to mention computation time. both displays would have to be perfectly in time with each other, and two displays will never have the same response times. and power issues and other things.

also, pimax needs a tone of brightness because of the fov. that’s why you gotta turn the backlight up to ~90 to get good picture.

I didnt mean that oled is slow, I meant that the oled display needs to be fed data just like the main display at the same exact time, and transition lighting at the exact same time. you cannot just split the display data into two halfs, there would need to be a very special circuit board that can do that because of power. you would need to power that oled at the same time as the top layer of pixels, and you cannot do that all at the same time because of heat and differences in loads. talk about future tech indeed. I don’t think this is realistic. It is possible, but I don’t really think this will happen in the next 5 years, maybe 8~10.

not to mention that the pixels in the oled will never be grown in the same layout as the 8k top layer. This may make screen door either better or way worse. I am not sure.

but idk about you but my 5k super has great black uniformity, contrast, and black levels compared to the vive cosmos and the mixed reality headsets i have tried. and we all know that the index has the grayest black scenes in the business. This isnt really a huge issue for me. But everyone is different.

try different back light brightness levels on your 8kx until it looks right.

While as far as I know they didn’t mix oled with lcd. Nvidia did trial layering 2 displays to improve pixel density, contrast, sharpness and reduce latency. Nvidia Cascaded Displays. 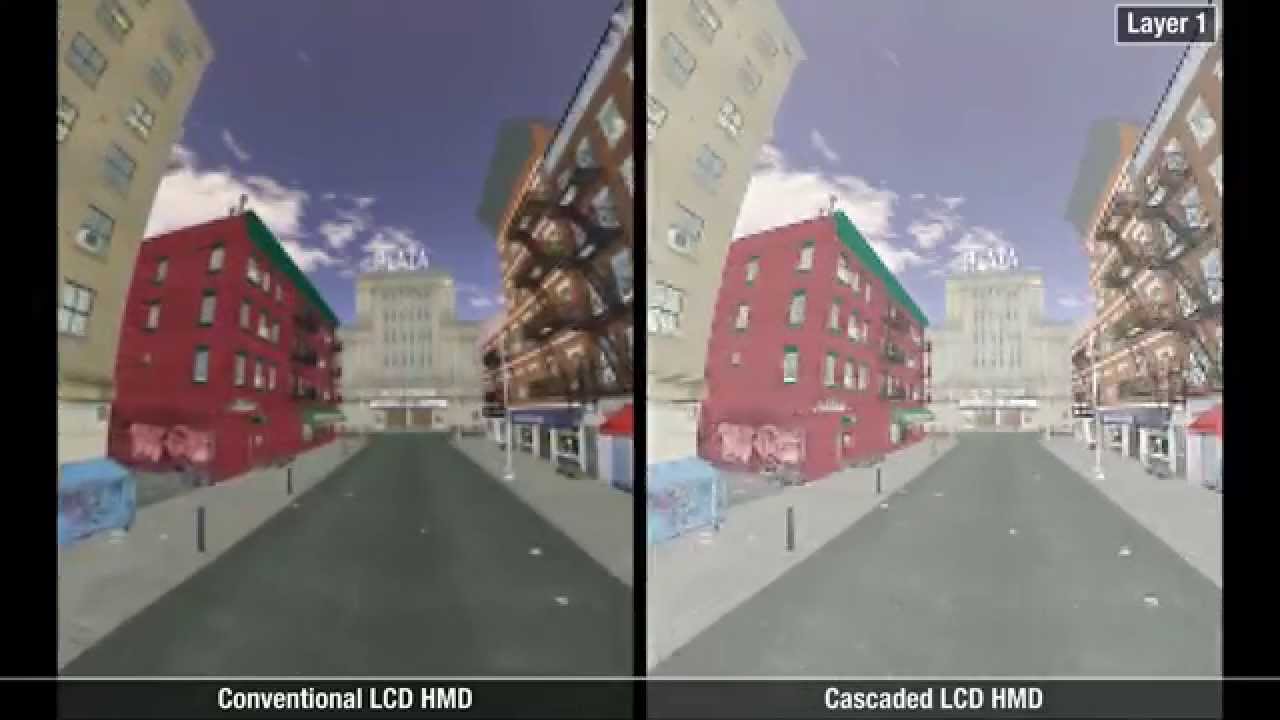 @VRGIMP27 I believe posted this Article long ago.

So while there maybe challenges with this idea it might be very well doable. I agree timing of displays in this will likely need to be precise to help prevent ghosting. However I think isn’t Varjo using something like this in there focused displays which is layered as well?

@Heliosurge you are absolutely right. I think I saw in a video once that oled as a backlight is a thing in trial right now as a transition from lcd to full oled.

Brightness and uniformity would probably be an issue, you are right, but it would be more of an issue for OLED if you were trying for max full screen brightness all at once. I believe you could get more brightness out of it by strobing the OLED.

your conventional OLED has its ABL circuit to prevent burn in, so the newest mobile OLEDs such as the one found in the ROG phone 3 are limited to about 800 nits at full screen.

How much brighter could you drive the pixels if you were only interested in 1 line at a time mimicking a top to bottom raster scan?

If you were only trying to light up one line at a time, in a raster scan the pixels could probably be driven harder with less risk of burn in.

I just thought it would be something they should test, since the components to try are all there.

I did write a message to Martin, and to PIMAX USA describing another method that would not have brightness and uniformity issues, (because its not done by using OLED) but I don’t know if they read it.

Would take money, and new hardware to do it this other way, though I think my other idea is better lol.

The biggest issues imo would be how does the panel sandwich deal with mismatched resolution? putting a 1440p oled under a 4k panel sounds like it could lead to huge issues. The 1440p panel would have to be using some form of sampled brightness. for each 1 pixel it would light about ~3 4k pixels up at either full blast or dimmed like modern backlight tv’s. idk what the effect would look like in practice but it could be a huge concern. I’m not saying they shouldnt try this out, but idk if this is something they should focus on. as much as people thing pimax has the doe to do research, they really don’t have time to fully innovate. this is a big undertaking. its not just “lets sandwich 2 displays”. i’m an engineer and we need money.

not to mention this thing would cost many kidneys to produce, and odds are nobody could afford it.

even if the panels are the same resolution, there are only so many ways to grow an oled pixel. and the larger the oled pixel the more issues they have with retaining brightness over time. just a huge can of worms.

Like I said, this was just a notion they could try that would be cheap, since they have the components. I wrote about a better way to do this to Martin, but that would not be presently feasible.

I wrote about an Idea I had for a MEMS based laser Phosphor scanning backlight. That would do away with uniformity, mismatched pixel structures, and could give very high brightness scanning backlight for LCD, at low power, but not sure about cost or feasibility.

eh it is a great idea. I love the idea actually. thank you for writing about this. someone should definitely try this out. But really pimax is probably not the company that should here this. I quit looking at jobs as “for fun” or “for research” a thing long time ago. its always about the money. I’m sure pimax is 100% focused on just surviving at this point.

That’s why I suggested they try this OLED as a backlight lol. I know cost and survival is an issue, so I am suggesting they work smart with what they have to potentially improve the product.

yea. that’s a fair point. I just think pimax needs to focus on something that the masses can get their hands on, and customer service, and product ease of use. because there are only so many of us whales to go around.

. eventually we all leave to live life in a different habitat.

Hey Martin, this isn’t for Pimax Experience exactly, but for the engineers over there. Please show my idea to them.

Here is a picture I made to vaguely illustrate the concept

I had an idea to make the LCD back light in the Pimax way better than any LCD back light bar none. It would allow your LCD to do near infinite contrast just like OLED, (because the laser would scan from top to bottom like a CRT,) would eliminate LCD motion blur and pixel transition artifacts hiding them during scannout blank periods, and would achieve peak brightness at 5 watts of power that would be 30%+ brighter than any LED that would be driven at much higher wattage and heat output.

Imagine a strobing back light capable of drawing a single line that has a brightness of 500+ nits at under 10 watts, and drawn almost instantly. Imagine a back light able to shut off wherever black is on screen without the need for dimming zones or complex programming of algorithms.

Combining a MEMS laser scanning system (like what is found in the Nebra anybeam or ShowWX projector) with a phosphor layer as found in BMW laser headlights, you would create the perfect back light.

If you watch the video below, you can see how this laser projector draws an image. It draws line by line just like a CRT does. (you can see the white line moving down the screen) When the screen is black, the lasers merely shut off. 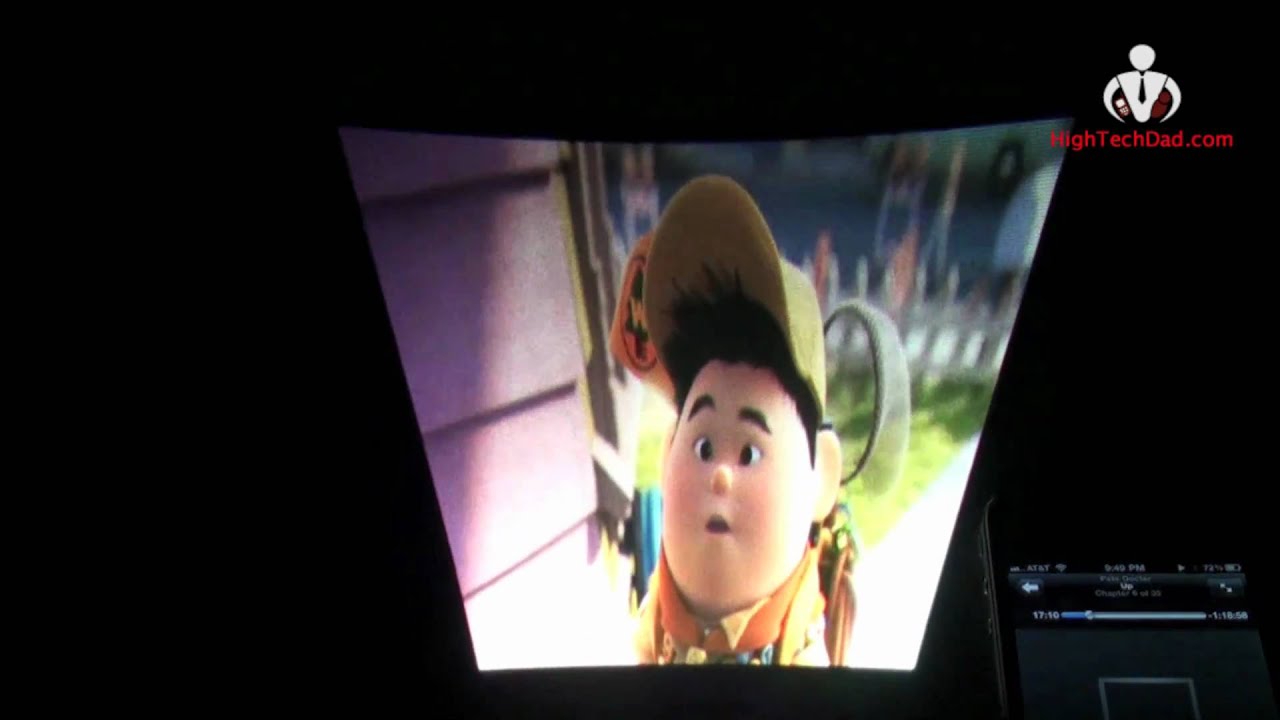 Instead of drawing an entire image as the projector does, the mems scanner would be programmed to draw a single line of light that goes from top to bottom like a raster. The low watt laser strikes a phospor layer that emits insanely bright light.

motion blur fixes sound very nice. oled displays are extremely fast reacting and can get very bright. another advantage would be bendable oled backlighting for vr. they could theoretically solve all distortions in wide FOV. they could also make the oled manually adjustable in its curve. now, oled health could be an issue, but in vr you are constantly moving. there are a trillion ways oled could be used.

I would be curious if using the oled idea but with just using White leds for only providing backlight so areas can be on or off.

Maybe even lighting in a greyscale methode

@Heliosurge isnt that exactly micro LED technology? tv’s next year should have that phased in,

Micro LED would be ideal, but micro LED is not yet small enough that it would be viable for a mobile device. Especially not a high resolution mobile device.