@PimaxQuorra
What is the status of backer boxes with lighthouses for those who backed the full package? Are they going to be shipped too?

@PimaxQuorra are these boxes only the backer rewards or will it include extra pledges like my handtracking module and basestation?

@PimaxQuorra How do I know if my address has already been confirmed?
I have confirmed it several times over the summer and have not received any feedback on success.

@PimaxQuorra how about that picture of the Comfort Kit that you promised, to see if it contains the eye tracker cutout?

You can try to flush Your DNS cache in Windows: 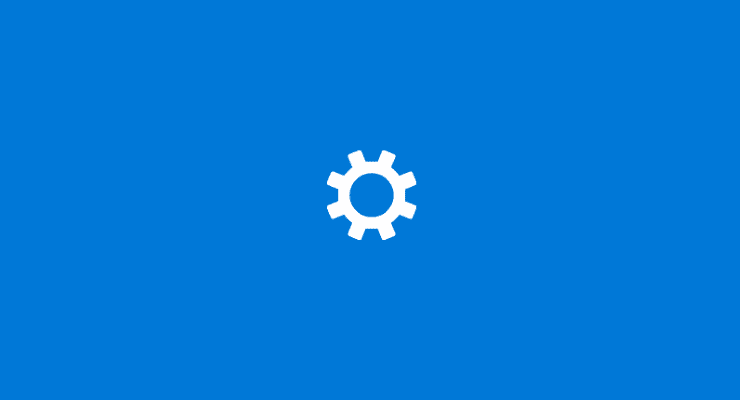 Windows 10: How to Flush and Reset the DNS Cache

We show you have to reset the DNS cache in Microsoft Windows 10.

Or in Chrome (if that’s what You’re using. It looks like it, but that might be Edge too I guess): How to Clear the Google Chrome DNS cache on Windows

Flushing your DNS cache can be a useful tool to resolve any host connection errors that you may experience with Google Chrome or other browsers. It is very simple to do and can be done directly in Chrome or from an Elevated Command Prompt window in...

@PimaxUSA Just so I’m on the right page here, people who opted out of the Backer kit, but selected the Deluxe Audio on the 8KX aren’t included in this group of shipments. In fact, we won’t get our DMAS until all of the backer kits are shipped out first. Is this correct?

Also, the DMAS is no longer on the ear, it is now over the ear? Is this correct?

we won’t get our DMAS until all of the backer kits are shipped out first. Is this correct?

Also, the DMAS is no longer on the ear, it is now over the ear? Is this correct?

As the DMAS KDMAS are two seperate products, I guess that you won’t have to worry about the DMAS beeing shipped after all KDMAS.

I think the DMAS, which was sort an new idea intended to use with 8kX,
was never intended to be on-ear afaik, more similar or even alike to the Valve and G2 over-ear.
The KDMAS on the other hand is supossed to be on-ear. Luckily, imho.
since they can 2 birds with one stone which is great. They had to design another MAS for the older generations as well anyways, since the boards seem to differ in audio output power (maybe impendance) and could finaly realise what was back at KS clearly promised as on-ear design. (as photos have shown right next to the pledge button)

But I’m sure that (sound) qualitywise you won’t be dissapointed with the valvelike DMAS design. Yes, it may leak sound to the outside world, but it won’t be an issue as long you do not have people standing right next to you and for example watching tv at the same time.

As long either DMAS or KMAS sound ok, nobody will have to worry.
IMHO I’m no fan of the oculus go/quest-like solution which is in the SMAS,
and never understood why they came up with the idea. Yes for an entry level
HMD like Quest it’s a cost factor but it should not with higher tier products.

Thank you for the info. I really was expecting the DMAS to be an on-ear application as I didn’t want outside sound influencing my experience. It’s a huge let down to find out now that it’s not. Perhaps they’ll allow us to switch to the on-the-ear option.

This update is okish. However pimax needs to directly email the 30% whom addresses are not confirmed so they know whom they are. As many have confirmed there addresses multiple times and had it later claimed they needed to update there address again.

The deadline of 2 days to get this in order is also ridiculous (imho) as the team could have started this prior to holiday by directly emailing those whom needed these details updated.

Also a Note. Is anyone monitoring comments on Orders? I have left 2 or 3 comments requesting info on my HT being shipped with 0 correspondence from CS. I purchased the HT as part of my KS Backer pledge in 2017.

I’m in same boat also wating for my hand-tracker from kickstarter days.
Also I still don’t have not my eye-tracker.

We expect to process all confirmed address shipments in two weeks

Thss quote pretty much clearly states that no Backer Boxes will ship before November by the looks of it. Oct 16th plus 2 weeks = more or less November. Save Oct has 31 days.

Hi Razorub -
SMAS = Above the ear
KDMAS = On the ear (touching)
DMAS = Over the ear (not touching, but close)

On shipment KDMAS is super close to shipping as part of the backer box. DMAS is close but we are shipping so many other things (like 500+ packages per day) it’s slowed a bit. I think you will definitely like the DMAS a lot. I don’t think it is slowed to the point of being after KDMAS shipments complete though, we will see.

On hand and eye tracking we received large shipments of both. Lots of them are being prepared for shipment.

Thss quote pretty much clearly states that no Backer Boxes will ship before November by the looks of it. Oct 16th plus 2 weeks = more or less November. Save Oct has 31 days.

It means we are about to process them almost immediately and the total processing time is expected to be 2 weeks. i.e. shipments begin in days.

Thank you for clarifying. One last question, now that the Pimax Experience has been released, I’m interested in the hand tracking. How do we go about preordering one? Or is it too late?

We just received a large number of them, vast numbers of items to process this week and next week though. Once we go through the orders there might be enough left to add back to the store. Probably not this week though.

Also on PE it’s still beta and we don’t have our full list of fundamental features in there just yet. I think version .6 resolved like 95% of technical problems people reported though which is amazing. Those not using PE really should give it a shot as it genuinely improves all aspects of the experience.

Also a Note. Is anyone monitoring comments on Orders? I have left 2 or 3 comments requesting info on my HT being shipped with 0 correspondence from CS. I purchased the HT as part of my KS Backer pledge in 2017

Maybe you could look into why no one from CS answers comments on Orders as it shows previous back & forth communication between consumer and CS staff?

If this function is broken it should be disabled to prevent consumers getting frustrated that no one answers.

Yes sir, if you pledged the base station during KS campaign, we are going to ship too.

You can always check on your own account, click on the top right icon, select " My Account".
If the address is same as your current one, there should be no issue.
And we can check at the backend, there will be a side note showing on the system, that said the address has been confirmed.

You might need to check the DNS of your connection.