Does anyone know if there are plans to get a more efficient interface for the 8K?

This would not make a difference. Even someone as big as Microsoft needs to go through OpenVR on steam because Oculus and OpenVR are the dominant platforms and the only platforms developers want to support.

VR is still a small market and creating a fractured ecosystem with multiple platforms is not in the consumer interest as it either increases the cost to developers which must be passed down to consumers or it means developers will only focus on the biggest market.

Be careful what you wish for. Apple will enter the market soon enough and when they do it will no doubt be another closed platform. Microsoft is also taking steps to go down the Apple path and this will no doubt lead to a future where Microsoft focus more on their own platform and hurt consumers. With Win 10X Microsoft are signalling a return to the direction of Win 8 and it was clear this was always their business model. It’s just those darn consumers who are not friendly to Microsoft’s business plans. Microsoft are once again taking steps to “secure” lock down the platform and ultimately mean there will be reasons to use their store. I see an opening for Microsoft to now commit to the Apple path and they can now do it in a way where consumers won’t even care. Microsoft could potentially now take steps to secure the change in the future to PC gaming in a way that could ultimately lead to a locked down future and hurt platforms like Steam and developers who operate outside of these platforms.

If Microsoft are smart they can release a locked down version of Win 10 on the new xbox effectively turning it into a locked platform Windows PC that won’t run software outside of the Windows store. Such a PC would only support WMR and only run games/apps available through the Microsoft/xbox store and this would ultimately replace gaming PC’s for many people. Additionally Microsoft could also employ something of a bait and switch approach where they do not advertise or promote support outside of the Windows/xBox store but it mostly works at first (Win 10X can still run non windows store apps) but further down the road security fixes could hurt functionality of these non supported apps outside of the Windows store. Of course no one could complain because anyone could still buy a gaming PC running full Windows but most people would have already switched to xBox ownership by that point and most would not want to own another PC just to be able to run Steam or Origin.

I guess we will find out soon.

well, a long talk for nothing.
Assumption that Apple will do something In VR is null, zilch, nada.
no product or software was announced.
Even simple apps that could benefit the high end smartphone are non.existent.
Apple is selling smartphone and content (Music-Movies/apps) made by others and makes tons of money like this.
Putting Microsoft behind apple is even sillier. Microsoft has numerous product for VR, included hardware and software. So Microsoft is ahead of Apple by several years.But sure they are pushing their own ecosystem.
and Steam proved to be the focus point and a mandatory passage for VR, so it is still more a federation advantage than another proprietary system to have steam.

I thought it was a very interesting post - speculative but makes perfect sense to me (perhaps Apple won’t be bringing out a dedicated VR offering anytime soon but they will not ignore the space that’s for sure). And Microsoft’s move with 10X is very scary - scary in that when Microsoft starts getting bigger than their boots which clearly happened in the past and looks to be happening now again then history says the consumer will suffer. Mankind’s computing requirements are relatively uncomplicated. Sure, when big things come along like the internet and VR things need to evolve and develop but 90% of all ‘development’ in the tech sector is bull designed to keep the execs of the companies driving the latest 4x4’s!!

The last two are not used by Pimax as Pimax implements them on their own. If you have an access to Valve/Vive headset, you can compare whose implementation is better easily just by running those two headsets as each will use the corresponding implementation of its own.

While Valve has already proved their updates are not always for better, I suggest you compare the code on GitHub from Valve and from Pimax to get an idea of the level of competence between the two.

So, which part seems to be inefficient that you would like to remove/rewrite, and who is going to do it?

Pimax has its own SDK already, which some partners and developers (that I have visited in the past) currently are using in their Unity/Unreal engine games. The SDK is integrated straight into the source code of the Unity/Unreal projects, which is very simple with a few clicks. This means no need for SteamVR/OpenVR/Oculus SDK implementation at all. You start the game, and it runs in VR entirely with the Pimax SDK. Currently the version which is in use havent been updated in a while, so the engineers are working on updates for the SDK, and it will be available soon.

The question though has pimax updated it’s sdk as at last request it was suggested to use OpenVR.

They are working on it, especially since several b2b partners have requested this as well.

I’m not sure to what extend I can trust Valve with my eye tracking data but I sure don’t want facebook to track my eye movements. And I certainly don’t want the Chinese government to have it either

I’m not sure to what extend I can trust Valve with my eye tracking data but I sure don’t want facebook to track my eye movements. And I certainly don’t want the Chinese government to have it either

@SweViver
Thank you for posting that. It is indeed very important. I will look into using this for Virtual Desktop, as SteamVR and even Oculus SDK are a disaster for that use case.
One feature I would like to see is basic 2D compositing on the Pimax headset framebuffers. So I can project OVRDrop panels without the severe limitations and reliability issues presented by SteamVR.

That doesn’t make any sense and only serves as an attempt to ridicule valid worries in this field.

It won’t record all your activities 24/7, obviously. And I don’t care if facebook knows what my Vr room looks like.

But as you are apparently completely unaware of, eye movements are involuntary in the microsecond range. Meaning, if you could track someones eye movement and pupil growth you can really tap into someones subconscience.
That is a type of profiling a company like facebook would love to be able to do. You can say whatever you like on facebook but it could all be a different version of your real truth. Your eyes however would reveal much more of your psyche, your fears and your interests. Even when you’re unaware of them yourself. 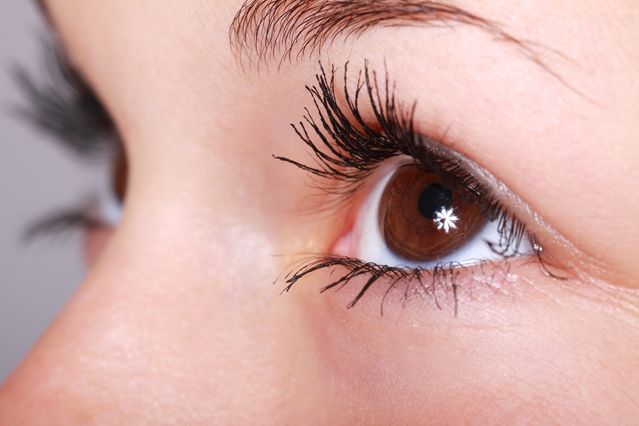 12 Ways Eye Movements Give Away Your Secrets

Your eye movements unconsciously give away secret personal information.

This is not something to scoff at imo

Once OpenXR is nailed down, then write your own implementation of that, by all means – let’s work toward standards, ok?

the problem with “open” stuff is everybody wants to tap into it, but very few wants to bring the good idea into it. so usually you got a common consensus for mediocrity while the other ones are just using the code to develop their own proprietary version.
so you really got a good incentive for people going over the open version instead some whistle and bell added identical product.

Tragedy of the commons…

EDIT: I recall OpenXR went right from the outset, for making it a fundamental part of the standard to leave room for “secret sauce”. Let’s just hope the involved parties can be better than humans usually are. Would be nice if the “efforts-of-w3c-being-worked-against-by-the-Netscapes-and-Microsofts” sorts of nonsense could be avoided… :7