I believe he has added Oculus support.

I don’t get anything when I google hmdq

I get a link to the github page, first hit 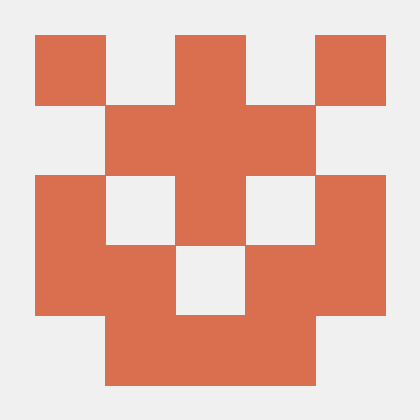 [hmdq] is a main tool, which connects to a VR subsystem and collects all available data about the connected devices (tracked devices in OpenVR world, headsets, trackers and controllers in Oculus world).

It can either display the info in the console, or save all the collected information plus some additional calculated data to a file in JSON format.

One needs to have either OpenVR or Oculus runtime plus the corresponding hardware installed and connected to use the tool.

I don’t get anything when I google hmdq - can you expand.

https://github.com/risa2000/hmdq. It is a command line tool to get some basic (and less basic) data about a headset rendering geometry from the headset. Can be used on SteamVR headsets and now also on Oculus headsets.

Thanks - I typed ‘hmdq vr fov test’ into google which didn’t get me much!!

Any luck testing the blue vs black units? I’m looking to get an Artisan, don’t really want to mess around with an RMA for some reduced-FOV issue.

Apologies for delay replying - I’ve been off the forums for a few days!

The black version arrived this morning and it had exactly the same FOV as my blue case version (122 degrees). I used the ROV test (the version that you have to purchase). However, the headset came packaged with a comfort kit which I believe has only recently started to happen so although it was a black version it’s relatively recent. I think most of the early reviewers (the ones that were indicating a larger fov) didn’t get a comfort kit with the headset. So I’m afraid it’s not entirely wrapped up.

What I also found out though was that there is indeed a problem with my blue case version in acquiring tracking. It can take anywhere between a minute and not happen at all without a re-boot (on average about 3 minutes). The black case version consistently acquired tracking straight away. I expect this is probably a problem with my particular one though. It gives me a headache now though as I received a refund for the black case version (because it took 2 months to arrive) but now clearly this is the one I want to keep but can’t sell the blue case one knowing it’s not 100% - I was going to sell the black case one and give the money to the company on Aliexpress I bought it from. It might get complicated now!

What I also found out though was that there is indeed a problem with my blue case version in acquiring tracking. It can take anywhere between a minute and not happen at all without a re-boot (on average about 3 minutes).

Yeah I had that same issue with my blue case Artisan. Needed to fiddle quite a bit each time to get the tracking going (restart service mostly)

I wonder if this might be an issue with the coating said to be on the vision housings? It might be an inconsistency in the process.

Mine came with CK installed, blue version, 131FOV and no problems with tracking

Did you use Risa’s Hmdq on your Artisan?

Yes, I already posted it on this thread;

Cool my bad must have missed it. It is curious as from what I have read of Artisan FoV threads here and reddit have reported between 120 and 126 on the horizontal.

However either way is considerably less than 140 wide.

Would be interesting if the first thing we need to do when we get our devices, were to turn out to be to cut out little holes in the coating, in front of all the lighthouse sensors, so that they can see better…

That’s really interesting that you had the problem as well. It’s only now that I have a headset without the problem that I realise what a pain it was - it was really putting me off the headset. Sometimes it could take 20 minutes or so to get started - I’d sit there and wait moving the headset around and then finally give up and re-boot everything and then it could do exactly the same thing.

Have you still got the 5K+ as well as the Artisan - so you can be very sure that your Artisan is close to the normal FOV of the 5K+?

I had a really good day today with the black case Artisan so am starting to really like it but it’s annoying that I cancelled my 8KX order and went for the Artisan genuinely because I totally believed it has the same FOV as the normal FOV on the other headsets - so I presumed I was taking a hit on the resolution only.