Here’s some interesting news. I wonder if Sony plans to license this patent?

“you’ve probably encountered issues with “god rays,”… [A] recently unearthed patent from Sony suggests the PlayStation VR maker may have solved that problem for its upcoming PlayStation VR2 headset.” 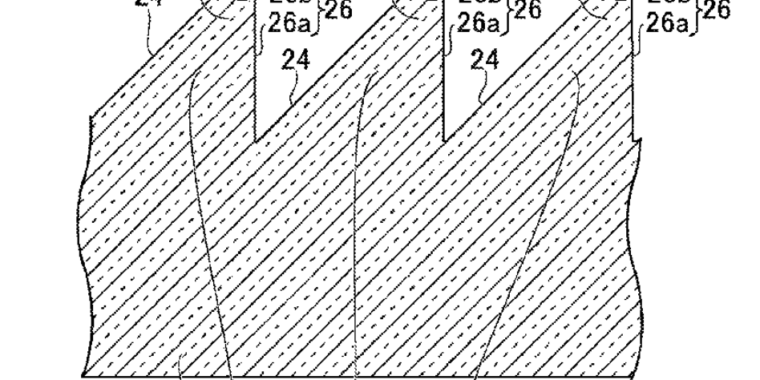 Sony patent could solve the “god ray” problem in PSVR2

What’s the benefit to trying to improve fresnel-lens rather than just moving onto other options such as pancake lens? I know fresnel are cheaper and lighter, and also allow more light through, but the form factor of them makes me think there’s no future in them.

From what I’ve read, fresnel lenses may not actually be cheaper in a VR application nor are they chosen for their reduced weight (which isn’t a significant enough factor to be very meaningful in current VR applications). Rather they are favored for their optical characteristics. In particular, they do not suffer from optical aberrations that aspherical lenses struggle with.

Fresnel lenses have their own unique drawbacks instead. But if these could be eliminated, we might see fresnel stay in use for VR for a lot longer.

It’s interesting to see how the demands of VR are spurring on new lens technology development. Fresnel is an old design which has been impressed into service again for a new purpose, and so here we see modern technology getting applied to it to give it new legs.

By optical aberrations do you mean like the barrel distortion on the Varjo Aero for example? I just wonder if Fresnel with a shorter required distance could be made, to get form factors more similar to the vive flow, arpara etc.

Yes. And also the chromatic aberration on the Aero. I think the limitations of aspherical lenses are also associated with why the Aero has an unusually small FOV as well. Fresnel supposedly handles wide angles better, which is why Pimax’s design for the 12K lenses is supposed to use aspherical in the center and fresnel in the periphery in an attempt to combine the best qualities of each lens design.

Note that fresnel is not free of distortion either. The VR rendering pipeline first renders the view on a perfectly rectangular plane, and then it has to do another step to distort the image in such a way as to counter the distortions that the lens is expected to produce. Apparently this technique works better for fresnel than it does for aspherical. The Aero, for whatever reason, struggles to correct the aberrations. I wonder whether that’s because they are just much worse or if it’s some property of them which makes them harder to correct?

From my own experience with the Pimax 8KX, I have noticed that whether or not you perceive the bad distortions people complain about depends on 3D positioning of your eyes. And where it differs from other VR headsets like the Index and Quest 2 is that it’s very sensitive to the closeness of your eyes to the lenses. There is a very specific distance your eyes have to be for things to work as intended. Otherwise you get that blurry distorted mess away from the center.

I have wondered whether eye tracking can be used to partially or completely counter this kind of effect. I think the anti-distortion profile that gets applied in that later rendering step has to assume a particular position of each eye because the distortion changes as your eye moves relative to the lens. It seems to me that eye tracking, by virtue of knowing the precise 3D position of your eyes, could be used to dynamically alter the anti-distortion profile to compensate.

This could be part of why eye tracking is a deeply integrated feature on the Aero as well as the 12K and even the PSVR2. Perhaps the Aero has released without such dynamic adjustment, but it could be in the works for future software updates.

There is a very specific distance your eyes have to be for things to work as intended. Otherwise you get that blurry distorted mess away from the center.

It’s such a pity they didn’t add an option to move the lenses closer and farther away like the Index, that would probably improve the biggest complaint people have (distortion) by quite a bit.

Ah, yes - “painting” just the tips of the segments of the fresnel lens should probably be a fair bit easier to apply to it, than the previously suggested blacking the entire… erm… “fault line walls” (without touching the curvy bits), but it might be no less likely than that, to result in visible black rings and moirë patterns, when one’s eye is off-axis (…if not more likely (EDIT: …since it has width to speak of))…

If the “marketing art” renders from the p12k “announcement trailer” is anything to go by, it looks to me like:

C might not be an issue, if things are collimated between C and D, but who knows… D has a few potential drawbacks, and the inherent difficulties with transitioning between two different “zones” remains…

Hopefully everybody can get dynamic distortion correction (with eyetracking) working - users have had that on the wishlist since the RiftDK1. :7