Intel’s Arc A750 GPU is set to launch later this summer, which by all indications is going to be the company’s mainstream high-end option.

“Intel’s upcoming desktop GPU based on ACM-G10 processor is to offer up to 17% better performance than GeForce RTX 3060” - Ryan Shrout.

When will it be able to support VR, as we have only seen the presentation that included a few PC games running with this graphic card so far?

But even on low performance settings, will this GPU provides sufficient power?

What can you anticipate from Intel in terms of normal gaming performance or VR Support?

Things have improved, but there is still much work to be done.

Please let us know your thoughts!

Will Intel Arc change anything though? I think not.

With the NVIDIA and AMD Linux drivers going more or less open-source enough for convenience, what we still need os an approximate doubling of overclocked binned RTX 2080 Ti performance, for VR developers. Seems like this will still not be that for a while.

I don’t anticipate that Intel’s Arc series of GPUs will be meaningful to VR or have much impact in gaming for at least a number of years. These GPUs are only able to challenge the low to midrange of what nVidia and AMD have to offer. And the support for them from games is going to be poor. Some games will work fine, some will have problems. And the ones that have problems won’t be very motivated to fix them for Arc.

In addition, Arc is arriving just as the GPU shortage is ending and seems to actually be about to turn the other way with a flood of used GPUs on the market which are, in general, more powerful than the Arc GPUs despite being older. Intel really missed the window where the demand for any GPU was very high. They could have entered with a splash a couple of years ago.

Anyway, I expect the primary market for Intel Arc will be business machines and cheap pre-mades that aren’t really intended for gaming. At least at first. If Arc is able to get penetration anywhere, it’s going to be there. And if it can get a foothold there, it may eventually start making inroads into gaming and VR later on.

But as it stands right now in 2022, I can’t imagine why anyone looking to build a gaming PC would rush out to pick up an Arc A750 rather than choosing an nVidia or AMD GPU. And anybody who does do that is going to be in for a lot of hurt with compatibility problems with games and other issues.

As for the relevance of the Intel Arc A750 to Pimax, I think there is probably none. Pimax is lagging on support for AMD right now. Support for Intel Arc would be even lower priority. And even if Pimax wanted to put the effort into making their VR headsets work with Arc, they’d be underpowered in terms of handling the upcoming Reality line (Crystal, 12K, etc). I would actually prefer that Pimax didn’t divert their resources onto supporting Arc and used their resources instead for more meaningful development of their products.

Intel Arc may possibly not get traction at all and could just die after a while. But if it survives, I think it could become a serious contender at some point. But it will take years to get there. 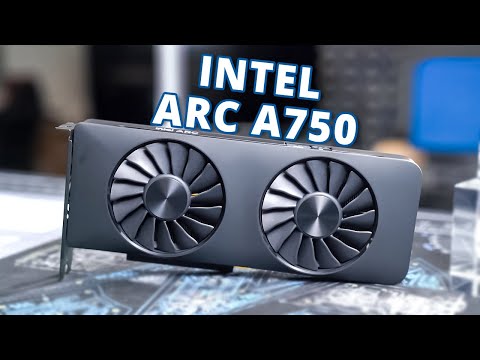 The ARC gpus will offer better pricing to what we have in the market for medium to low end. They are overclock friendly. Just to remind people, the RTX 3060 is a very weak gpu for 4k gaming, and you are able to do 1080p VR. I would not recommend anyone buying GPUs for VR below the RX6800X or RTX 3080.

Sounds almost too good to be true, but if so, great that they’re out ahead of the others with support for DP2.0 (which according to rumors might not even be on this year’s new NV/AMD GPU’s). 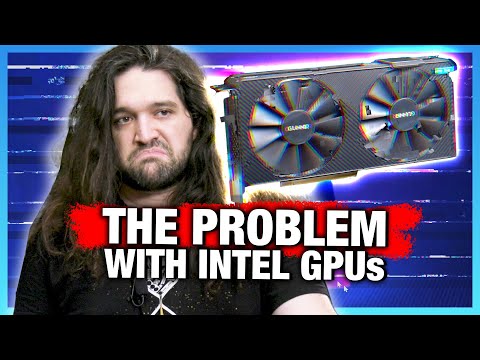 I particularly liked the comment someone made on the video: