The Clash of Top-Tier VR Headset?

The Clash of Top-Tier VR Headset： 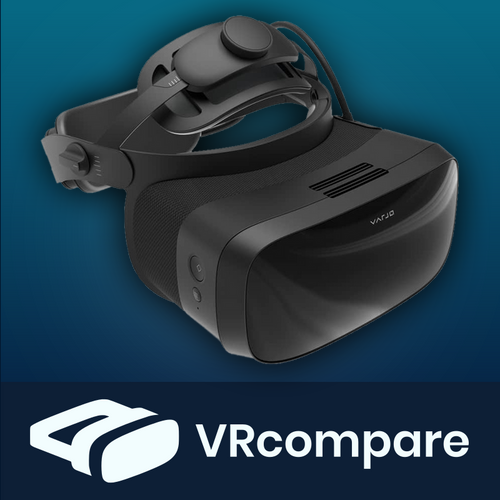 I sincerely hope there won’t be any devastating headsets at all!

Also, as far as I’m concerned the Reality Series HMDs are pie-in-the-sky wishlists until they actually are released. Which makes it a bit difficult to compare against products already on the market, at least in terms of advice to purchasing decisions.

When I look at the picture. (best in xx categories)
Hmm, for all my love and belief in Pimax (100% fanboy

). But, sorry, before you throw such topics into the room, you have to deliver first.

There might be an Index successor in 2023 and will Apple release their VR device then? I’m excited by the Pimax planned line up, especially the Crystal. I have an Aero and although I rate it highly I’m having problems with receiving defective headsets. My 1st Aero has a dead pixel, the just received replacement Aero also has a dead pixel and it jitters.

I will make a make a thread when it’s the 6months post CES and not a single person has still seen the 12k.

Gives you a few weeks to line up excuses. Make new ones though. We’ve heard the old ones plenty!

I think we all know Pimax well enough by now. Let them talk.

We will see how their new headsets perform when they are released & available, against the competition available at the time. And performance will be measured not only by hitting some spec but how all of the different features come together to give the user an relatively easy to use, seamless & immersive experience.

Then I am happy to discuss who is best in what, and if it matters if one headset is best in x categories, if it ruins it by not getting its act together in getting them all to provide the great overall experience. This is of course a challenge not only for Pimax - the others face the same challenge and may or may not deliver.

So, let‘s wait and see when the time has come.

From my side, F them. Their whole MO is to basically lie to get attention and divert attention away from existing products. It’s getting old, is completely dishonest and only intent is to hoodwink the consumer.

The more people tolerate being lied to, the more empowered companies like this feel to carry on.

I actually think this time around it‘s not fair to put the full blame on Pimax only.

Winnie the Pooh has the country on frequent and long lockdowns which makes it close to impossible to hold together even the semblance of a timeline.

This applies to the 12K only, obviously.

When the Crystal was announced this situation was already known so they should absolutely adhere to their projected release date.

I do think the Pimax Crystal is well positioned as a competitor to the Varjo Aero, and that’s something that can be seen in the specifications on paper.

The lack of built-in audio on the Aero is probably the most telling and glaring omission in this respect. This is an area where commercial needs and consumer needs do not overlap, and so the Aero doesn’t have so much as a built-in microphone which is an omission you would never see if it was actually made as a consumer VR headset.

There is a market for commercial headsets being impressed into consumer service. And that exists because despite their shortcomings as consumer devices, they offer some specifications that no consumer device even approaches. I think this happens in large part because Facebook/Meta immediately turned consumer VR headsets into a race to the bottom which gutted innovation of higher end consumer VR headsets. That is also why the aging Valve Index has reigned for so long.

The Crystal’s specifications are what the Aero should have been if it had actually been designed as a consumer VR headset. Its price is obviously positioned to compete with the Aero, but you get more in terms of what a consumer needs.

I think there are a lot of people that didn’t buy the Aero because they recognized that it comes up short for their needs as consumers. I myself am one. I read through the specifications of the Aero getting excited until I realized the glaring omissions. I’ve hovered on buying one anyway, but the product is a frustrating combination of gaining things I really want but at the cost of losing things I’m not willing to lose. As Thrillseeker put it, the Aero is a hard sell to Index owners for this reason.

Here comes the Crystal offering the same advantages but without the drawbacks. In fact, if you think about it, the Crystal has all the same specs as the rumored Index 2 that people have been hoping for. It’s just made by Pimax rather than Valve. For current Index owners, the Crystal is the clear upgrade path that the Aero isn’t. And I think that’s where the majority of customers that buy the Crystal are going to come from. There are a lot of people out there with Indexes that are hungry to upgrade.

I think Cambria is focused on competing with the Apple headset. I think for VR gaming, it will be marginally better than the Quest 2, but since this isn’t its focus, it will be questionable as a worthwhile upgrade over the Quest 2 if that’s all you plan to do with it.

The only real competitor I see coming is the Deckard (ie. Index 2). I think it’s likely to be a competitor for the Crystal, but not the 12K. I don’t see anything on the horizon competing with the wide FOV 12K.

As Thrillseeker put it, the Aero is a hard sell to Index owners for this reason

LOL this just makes me giggle. No way I could ever go back to an index. It was a nice headset back then for sure (actually it even was my favorite when it got released, I was accused by pimax employees on this forum for working for valve lol) but compared to the aero it feels extremely outdated. I do love it for its zero distortion but the image fidelity is just plain bad compared to the aero.

And a headset is so much more than the sum of its specs. Even if the crystal has better specs, if the optics and/or comfort are bad (like current pimax headsets) than there’s no way I would buy one.

@Sargon: I was indeed never compelled to purchase the Aero due to it‘s weird lack of features like audio, where I already felt that Oculus dropped the ball a bit with their poor audio solutions in the Rift S & Quest 1 & 2. I would habe been prepared to bite the bullet on the price of the Aero, but it would have needed to give me a complete state-of-the-art experience for say at least 2 years. But no audio solution? Having to wear an extra headset or, even worse, InEars? No way I was going to dish out this kind of money, almost no matter how good the picture may be; oh yes, and the narrow FoV was another clear down-side.

I think Cambria is focused on competing with the Apple headset. I think for VR gaming, it will be marginally better than the Quest 2, but since this isn’t its focus, it will be questionable as a worthwhile upgrade over the Quest 2 if that’s all you plan to do with it.

I think what is being underestimated is the possible gain in comfort. The pancake lens design & eye-tracking based dynamic distortion profiles could be a game changer in the long term use of headsets. And I really love the wireless & stand-alone capabilities of the Quest too - so getting this in a much more comfortable headset will be attractive to me.

Of course it wouldn‘t be able to compete with a Crystal, if this is fully living up to the announced specs and resulting expectations. But I am sceptical that Pimax will master the complexity of it b/c they didn‘t manage to master the comparably simpler 8KX either: remember, it has an eye-tracking module, but it‘s dog sh!t. It has very wide FoV, but the last 20 degrees are a distorted mess. It has canted displays, and these offered challenges for use which resulted in PP, for a number of games, wasting a whopping 30% GPU capacity where GPU capacity is an absolute bottleneck for this kind of resolution. Dialing in my IPD was an absolute nightmare, and I still cannot see the same spot in full 100% clarity/sharpness with both eyes, due to the center of the lenses still being 67 mm apart if you dial in the 60 IPD setting on the 8KX.

Pimax take a lot of short-cuts in their products, and while I admire their attempt at bringing us previously unseen features, they do it in a gung-ho fashion where I would say you get a glimpse of how this can be but in a clearly imperfect implementation, which led me to not prefer to use it on a daily basis.

I expect the Crystal to yet again be a device which has a number of issues & shortcomings I will likely not be prepared to take into account for the upside it offers.

From today i will no longer own an Aero. Having received 1 aero with a dead pixel, then its replacement having a line of dead pixels AND permanent jitter, together with seeing several people in a similar and worse situations in the varjo discord (1 person has received FOUR consecutive defective aeros), i’ve lost faith in varjo and asked for a refund on my aero. It’s being collected today.

Varjo have production and QC problems. The whole thing reminds me of pimax. Are smaller tech companies capable of mass produced fault free high tech? Or does it require the deep pockets of Meta? Speaking of meta, i can’t be without a vr headset (which i soon will be) so i’m either going to purchase a new quest 2 or a used 8kx.

That‘s a pity. But at that price point, you are right to expect a truly high level of quality.

Curious to see how Pimax will deal with this level of expectation on their $2,000+ headsets…

Yeah dead pixels really is an issue. My first vr3 came with a bunch of dead pixels. Replacement unit was fine and also my aero was fine. But it amazes me that their quality control is that bad.

I do wonder though what headset you will use now? I really wouldn’t know what to use besides the aero. Index feels like ancient tech. Pimax makes my eyes (and face) hurt. Hp reverb never really liked it. It’s difficult to switch back to any of those. And quest is really switching from high end to low end vr

@Djonko i’ll be buying a new quest 2 or a used 8kx. they’ll just be a stop gap until something with high ppd comes along, i’ll keep an eye on crystal user reviews and i still have hope that varjo can overcome their dead pixel issues. Gonna miss that clarity and comfort.