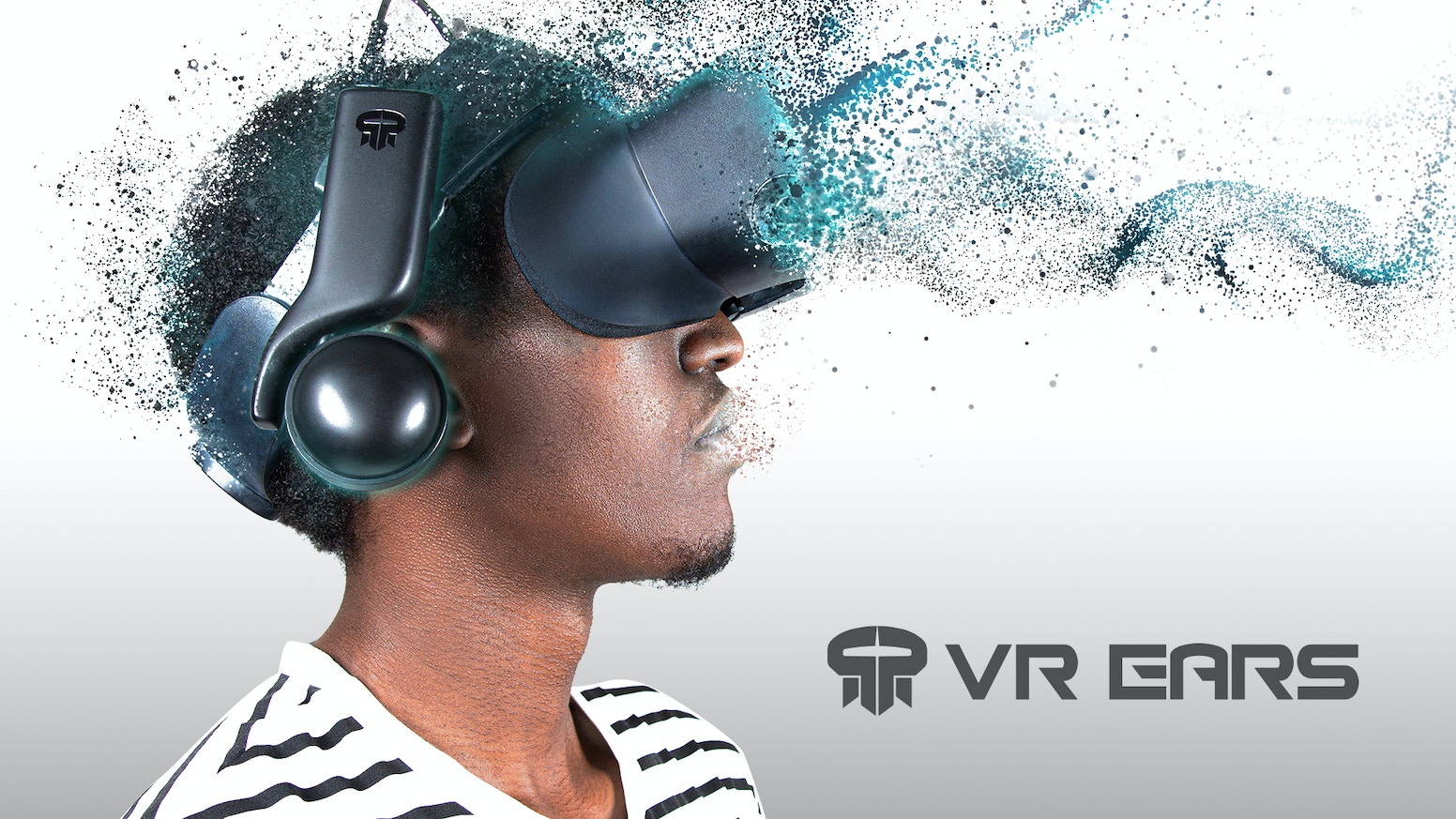 Off-ear speakers that deliver high performance audio to all leading VR headsets and standalone with HeadStrap.


Kicstarter is Live
So my Pimax related question is.
Do you think these can clip on to the PImax and connect to the headphone jack/s .?

Off-ear speakers that deliver high performance audio to all leading VR headsets and standalone with HeadStrap.

They seem to indicate pimax support and do have their own pc gaming (non vr) method too.

That is very interesting.

If I have learnt anything form this one I guess it would be to wait till it hits the shelves and I can buy it from an online retailer ??

And besides, I am not exactly in love with the idea of having yet another component which needs to be separately recharged.

I guess I will pass on this one, but am curious to hear if it is worth the cost, effort and inconvenience.

Well tbh KS are hit and miss. The last 2 KS did indeed deliver within a reasonable timeframe. Katloco a bit underwhelming with the part they couldn’t deliver on; which honestly didn’t expect them to be able to. As it seemed to be added due to the competition product having it. Katloco was decent though with Refunding due to the non delivery. I refunded 1 of 2 units. Where I know another cancelled both.

These could be interesting depending on price and who knows might even be cheaper than pimax DMAS. Though how much weight? And could it be powered off of a usb?

Yeah that might have some limiting effect to.a degree. However they at least posted specs unlike pimax’s 2 unknowns.

Yeah I backed a little known kickstarter for something called an oculus rift and it worked out.

I was unable to check if these will have “DTS Headphone:X” or an other 3D sound system. If it is only stereo, it would be not a replacement for my headphones with noisecanceling. 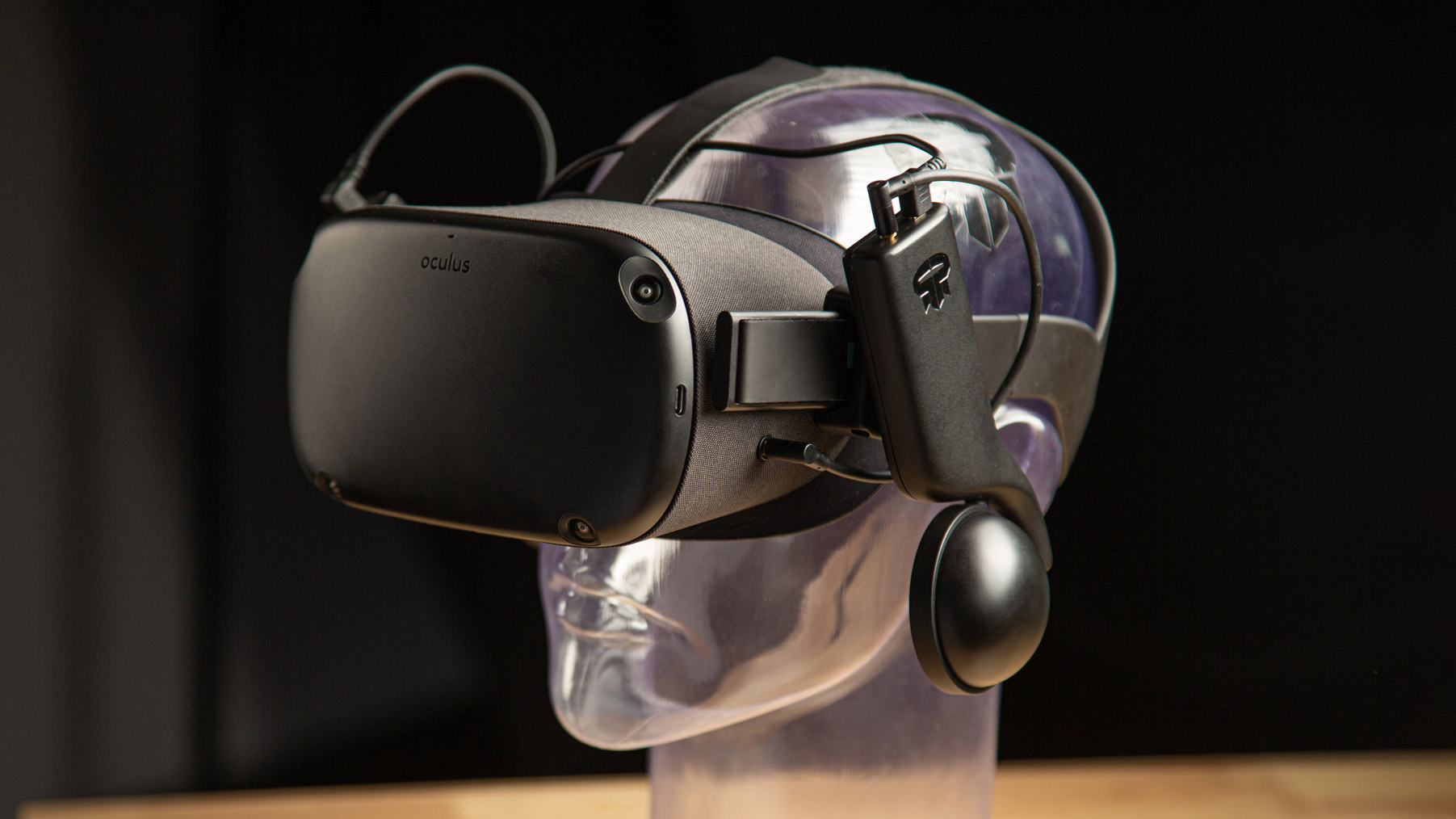 Rebuff Reality has taken its latest VR accessory, VR Ears, to Kickstarter with the hopes of bringing an enhanced audio solution to all major headsets, including those with sub-par or no integrated audio like PSVR, Quest, and Rift S. In its final...

You say “more hovering” but they seem to be the first independent off-ear headphones I’ve seen that do this. I’m actually interested in this for non-vr gaming use. Love my index headphones and something close to that would be great, no mic though afaik so I’d need to solve that issue still for comms if I get this.

Well the frequency range could cause some issue only being a low of 60hz. More curious how much this will be on release.

I guess will be good for joggers.

They look cool, I’m interested how they will compare to the great Index speakers. I’m also curious about their weight, it does not seem to be mentioned anywhere.

Does someone know if the upcoming MAS speakers for pimax are supposed to be hovering speakers as well?

I assume its only 60Hz because of the hovering. The more you remove speakers from your ears the bigger the membranes have to be to make it sound deeper to your ears. Does someone know how deep the Index speakers go? They should have the same issue, sound plenty deep to me tough.

DMAS was supposed to be on ear speakers even as advertised up until last update. Now apparently gone with Hovering off ear.

KS & Pre Order clearly advertised to versions of Sense Controllers. Now we have a reskinned Vive wand that may or may not have a swappable battery and the uncertainty that the Sword Sense is even being worked on. A reskinned Vive wand though should have been released long ago vs Sense which requires more.

The DMAS is really what the Standard MAS should be with the Above Ear scrapped. As those whom wanted an Index style audio - Above ear does not fit(especially with speaker grill angled away from ear and head). With DMAS being closer to am Audiophile on ear solution.

Is it wireless? I can’t see any audio cables and it does not need DSP with internal battery unless getting direct signal from USB.

I believe it uses a headphone jack as it mentions psvr. I think the usb is just for charging.

Yes but does this have a sponsored Sony wireless?

Dunno but we will see soon