I just did 2 tests with “tracking stats” and I have uploaded the results to the same document. The first is just my 8KX in the position where I have the least jitter that is hanging from the wall. The second test is in the normal playing position and with the index controller next to it.
In the 1st I have very good jitter values
In the 2nd I have mediocre Average Rotational Deviation values, even worse than @festr, but I can assure you that I do not detect any jitter while I am playing, either Hlaf Life Alyx or Dirt Rally 2.0, that is, both in room scale games as sitting in driving simulators, I have no visible jitter. I think @festr you have good jitter values, more like NO jitter, and it can all depend on the position of both LH 2.0 in your game room or other factors as Risa2000 comments.

can you please make one more test - simply put your headset on some steady surface and enable screen on your monitor so you can see on PC monitor what you see - do you see any jittering move ? (the jitter is more visilble on the edges of the screen) I’m super sensitive to this jitter and I cannot stand it. If I turn off the positioning having only 9axes (builtin gyros in the HMD) its super steady obviously.

I just recorded a video with what you ask, the first impression is that there is no jitter but if you look at the upper right corner of the SteamVR status window for reference, which almost touches the tree branch, you will see a small tremor, but that when you have the HMD is not noticeable. When I know that the tracking is stable without jitter is when it goes into standby mode, in this case it was 30 seconds and it has done it perfectly. 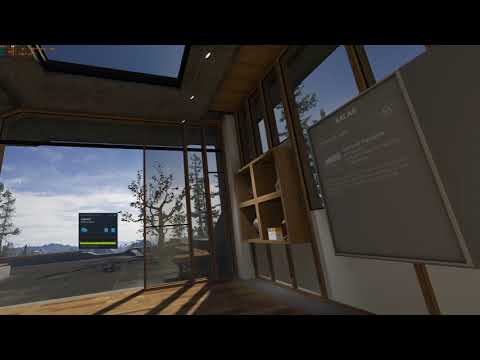 I think it’s the internal gyro that’s is used for the standby mode activation.

This is my game room, as you can see it is small and complex, susceptible to interference of all kinds with so many things involved:

Ahh, it could be, although depending on the more or less stable follow-up it does not go into standby mode. But I couldn’t be sure.
Then the IMU was well calibrated, do you remember that we also gave a lot of thought to the subject to do a calibration of the IMU.

EDIT: Confirmed, it is the IMU that is in charge of entering standby mode, in the same position as before, I have covered the HMD medium to cause jitter and even an LH2.0 has disappeared for not detecting any sensor, the image showed jitter but still at 30 sec. It has entered standby mode, although it must be said that the IMU (gyroscope) is super sensitive, the slightest touch already activates the HMD again.

Mine is a bit odd. Got 2x LH v1
Tracking is about 500 better with just one and sitting down the tracking is good from the back, bad from the front. about 200 less than both. In other words its quite bad and causes a lot of jitter and shimmering.

I can calibrate and upload run room setups etc and it can hover around 0.000500 for Average rotation. But as soon as i move it once and test again it will just be at 0.002200 giving off a ton of jitter.

Dont get what its problem is really.

I cant get a rid of the slight jitter - why pimax does not implement some algorithm which smooths out this little jitter? They can inspire from opentrack software where there are like 4 algorithms which allows to get rid of the jitter (even with parameters) - this would be completely enough to suppress this annoying shimmering.

I was actually just about to write the same thing!

I know Pimax are not afraid to shy away from pushing boundaries and try new things so i really wish we could have a smoothing slider so we could get rid of these micro jitters. Different people can tolerate different levels of course and you would need it less for room scale games. For seated gaming like flight sims however this would be a god send. It really feels like a lot of shimmer is coming from micro jitter too.

Ill make that into its own post. feel free to chime in

Hello Pimax I would like to request a smoothing slider so we can get rid of the micro jitter in our HMD’s This is causing a lot of extra aliased shimmer and its a general nuisance. The reason for a slider is that different people will tolerate different levels of smoothing and honestly you would not need much. In for example flight sims where aliased shimmer can be a real problem this would be a fantastic feature i have wanted for quite some time now as ive tried just about everything on the h…

this is exactly what it needs to be done. I do not have problems with the tracking at all except this micro jittering.

why pimax does not implement some algorithm which smooths out this little jitter?

I think thats a question for @Alex.liu

So I just ordered an 8kx, and this thread has me extremely worried. Is the only “solution” right now to get 1.0 base stations and try the calibration that uploads the .json and hope for the best? :x

I would be extremely satisfied if I could get the level of jitter that @Chumet is showing in his last video. However I believe that I would have to run ~10+ callibrations with 1.0 base stations? I’m not necessarily opposed to this, but I would like to know before I get the headset so I can order some 1.0 ones (and return them after I callibrate it so I can use 2.0 ones)

had never any problems with LH1.0 and Pimax.

In reality, a single calibration already makes a difference, if the problem is in the calibration of the optical sensors. But since I also bought the V1.0 thinking that they were the solution to jitter and I discovered the issue of calibration, after calibrating my Pimax 8KX and verifying that it worked well with my V2.0, I returned the newly purchased V1.0 and before send them back I wanted to confirm that the calibration was correct, so I repeated the calibration process several times and compared results in 3D to see that the point cloud always coincided or there was very little dispersion.

Here is a video before calibrating the HMD but having tried to optimize the position of the LH V2.0 and leaving the HMD in the best position with the lowest jitter. This is as far as I could get before I discovered the subject of calibration. I say this because your environment, positions, height and inclination of the LH 2.0 have a lot of influence and assess to what extent the jitter is bad in the main playing area. 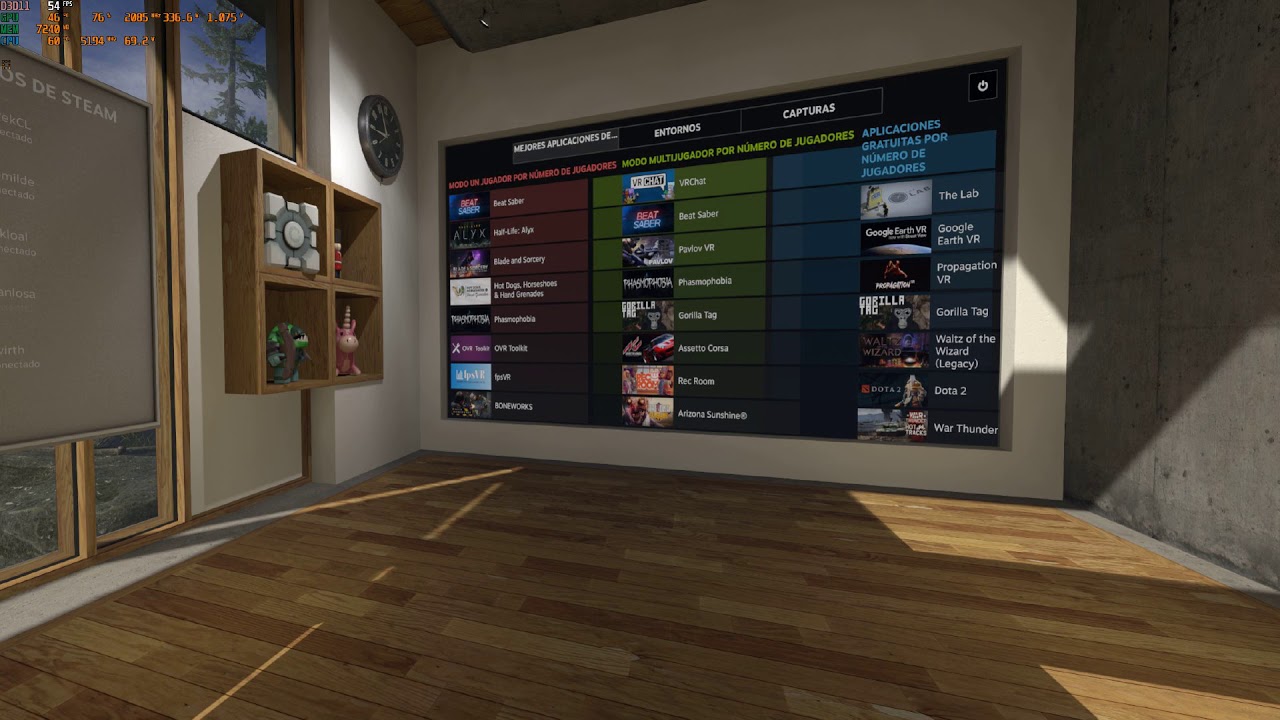 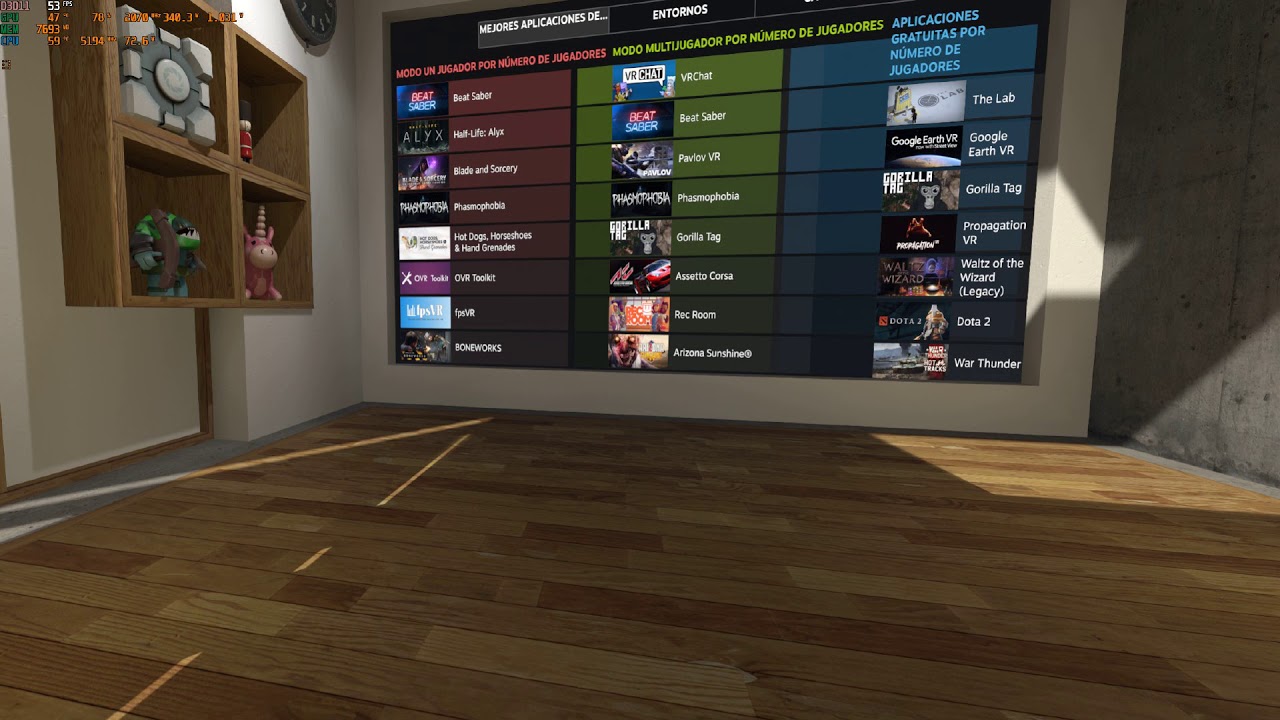 I can confirm that the jitter is slightly better after calibration but the LH1 did not make the jitter any better. So I will return the LH1 keeping LH2. I have also a littble bit better jitter but its still not to my taste - this little shimering is annoying. I think that all other vendors using LH2 implements some jitter smoothing

This thread on Reddit confirms there are poorly calibrated 8kX and suggests an RMA maybe needed if they cannot Remote Fix.