Why is the VR 'Media' Blackballing Pimax?

EDIT:
Clearly from the comments from here and on Reddit, Pimax has been their own worst enemy and turned most of their fanbase salty against them because of it.

It’s no excuse for the HMD to not get proper reviews, however. Pimax as a company aside, these HMDs are amazing pieces of hardware but hardly anyone will know that.

That’s simple . They are biased &sponsored but all of them denies.
Read Ars Technica hands on - no simple word, comparisson to Pimax 5k/8k 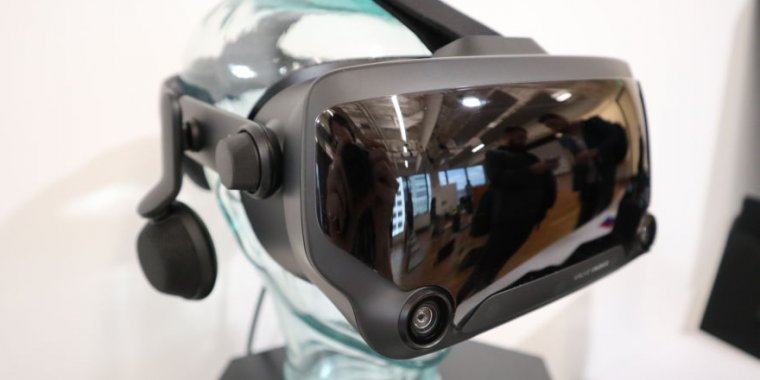 Valve Index reveal: The best of VR’s first generation—but is it worth $999?

Great screen and a new "frunk," but with no new Valve games yet, will fans be satisfied?

"Most consumer-grade VR headsets use a single display panel, which is then translated by a pair of large, curved lenses. The Valve Index twists this convention by using a pair of LCD panels, each sporting a 1440x1600 resolution. "

Guessing not good but maybe a mixed blessing atm while pimax tries to get things organized.

Have they had one to make a comparison? Not good to simply use articles & youtube reviews to speculate comparisons.

The truth, after having listened to youtubers and people from the webs? Mainly because they don’t like any image distortions; then there is the cracks, the lack of performance, in part to remedy all by software; that the headset isn’t suitable for new users with little time to lose in settings for each game; for not yet having even the controllers and stations, the upscaler, and the list goes on and on.

But Mainly because the image distortions.

" Most consumer-grade VR headsets use a single display panel, which is then translated by a pair of large, curved lenses. The Valve Index twists this convention by using a pair of LCD panels, each sporting a 1440x1600 resolution. "

Yeah both those statements make them seem new & uninformed. Lol

2 individual panels is old news & might have haf some truth. But hardly something Valve has been a leader.

Same is true with FoV. Being we could say Wearality first pushef consumer VR FoV (not to be confusef with at the time commercial VR like StarVR at the time)

The Ars Technica journalist recommends Vacation Simulator as a must have title so I can’t take him seriously.

Indeed as said mixed blessing considering the number of Elephants.

Pimax HMDs are simply not ready for any kind of mainstream adoption and therefore not mentioned by many. Sadly, they already made a bad impression with the naming 4K & 8K which several people in the press saw as misleading. Then the subsequent letting the press/media play with prototypes that weren’t really up to scratch and allowing them to talk freely about them was a massive mistake. Sure it might have given the Kickstarter campaign its legs but created some negativity along the way. Additionally, as of now you still cannot get a complete unit and it’s just not a viable contender for anyone to recommend. Only die-hard people are going to spend the time with it (yes, that’s us lot here).

Just look at the Index launch. Reverb launch. Rift S launch. What do they all have in common? They offer a complete unit backed up by sound and proven software. Pimax has none of this right now it’s just experimental stuff. They are merely playing catch up.

Good news is. Once Pimax do get to the point where they have everything in place, then I expect Press/Media alike to take them a little more seriously once complete units are shipped to reviewers. They really need a good angle though so that said reviewers don’t adopt a preconceived position before they’ve even tried the headset. It needs to just plug in, install and work not all this end user fiddling about for hours on end.

They probably reccommend it as it’s a good way to keep employees from taking vacations. Lol

The 4k(it is UHD panel) was properly named even though Native input Res never happened.

All of the above like Pimax is NOT really 5k; it’s half.

Well I think once all the bits are in place.

They should rebrand the current devices. Ditch the 5K and 8K monikers for something else. That way they can hit the market hard with a seemingly fresh device. They really need to get away from - “oh is this that rubbish Pimax headset people talked about before…no thanks I’ll get a Valve Index”.

1.5 years…after the Kickstarter has closed and we don’t have a single stretch goal reward or even the basics of a complete package, ie controllers/LH’s. We as potential backers at the start of the kickstarter were sweet talked and groomed in order to further the kickstarter campaign. it’s as simple as that.

Much like if mem serves after asking community for controller names they went with bladeless swords.

I did forget Linus whom critized the 8k name but took the time to publish his 12k projection with 3 of 9 needed 4k projectors.

Ra Ra hoot hoot, we are the “futurists”…remember?..so don’t be so surprised that we won’t get everything to offset our crippled VR experience until “sometime in the future”

Playing devil’s advocate here in tongue and cheek with a spritz of salt.

Wish me luck off to collect my rewards. Just need the correct coordinates…

just what the Doctor ordered…who?

We’re in a unique situation as Canadians looking for accessories satisfaction, since Valve doesn’t even know Canada exists when preordering and Pimax is in the Twilight zone of product development.

I feel like the one dragon in GOT who has been converted from good to evil by the salty crawl of time.