Wireless module and Pimax sense controller with analogue stick release date in 2021 or 2022?

Has there been any updates on the wireless module and sense controller release dates? Are they still both coming out in 2021 ?

We haven’t had any news on the wireless module in what, 2 years ?
So don’t hold your breath.

I remember that the wireless module is cancled. Because, it will never be usable with the 8KX, while 2x times by 4K is too much for wireless. And so they dropped it.

About the first controller would be a notice in the next days. But if there will ever be a version with thumb stick is absoloutly unclear. (maybe 2023 earliest)

That’s a strong word to use…

I don’t recall such statement.

And so they dropped it.

Do not Seem to recall that statement.

Guys, you should watch the live streams they occasionally do.
There’s a Q&A portion at the end of each, and the wireless topic comes up every time.
Apparently, it’s quite important for Pimax and will probably be an integral part in some of Pimax’s future HMDs.
On the last stream Kevin said that they’re still working on it, and it sounds like they’re close to completing it. The main holdup now is the chip/component shortage, so I think a release in 2021 is unlikely. Find the timestamp below.

About the thumbstick version of the sword controllers - it’s put on hold for the foreseeable future.

In any case, the upcoming stream on 20th will be quite interesting.
I expect a new HMD announcement - both Kevin and Marcin could barely contain their excitement when they mentioned it. Whatever they announce will be the grand prize of the summer video challenge. 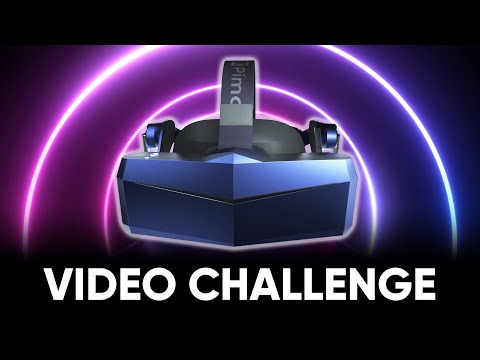